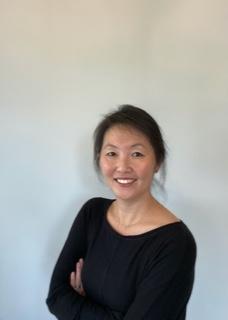 Kuri Yasuno is the author of the new book Autism with a Side of Sushi: A Story of a Japanese Mother and Her Son on the Spectrum. She moved from Japan to the United States as a child, and has worked for the Discovery Health Channel and the National Geographic Channel.

Q: Why did you decide to write Autism with a Side of Sushi?

A: I initially wanted to write a book about all of the laugh-out-loud moments I have had as a mom of a child on the autism spectrum. I started compiling all of the funny quotes, the funny incidents, and the funny idiosyncrasies of my son.

I wanted to let the world know that autism does not have to be so scary and mysterious. I wanted to raise awareness about autism and make it something that is easy to talk about.

As I started down memory lane, I realized that I could not accurately portray my experiences with just humor, so I wrote a memoir that presents the successes, the failures, and the lessons I have learned.

I tried to write it in a relatable way and hope that it will help readers understand the autism spectrum disorder, individuals on the spectrum, and their families.

A: When I first moved to America from Japan at 5 years old, my classmates voiced their disgust for Japanese food, especially sushi. Today, sushi is enjoyed by many Americans, perhaps even the same ones who shared their distaste for it years ago.

In a similar way, I would like people to think about autism. As an immigrant, not knowing how to speak English, I remember what it felt like to be looked on as an oddity, being different and foreign.

I sincerely empathize with my son and his feelings of not being included or understood. My hope is that once people become aware of autism and start discussing it, it will become accepted and appreciated similarly to sushi. 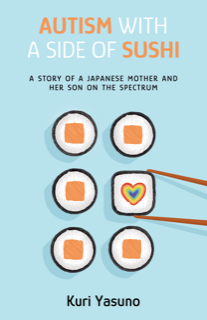 Q: What does your family think of the book?

A: At first, when I shared it with Daniel, he was unsure, then he approved saying that if it would raise awareness “and make people nicer” I should write it.

Then, when I was almost done, Daniel and I got into a terrific fight which led to Daniel declaring that I could not write about him any longer, that the book was cancelled.

Weeks later, after we all calmed down, Daniel and I went through deleting sections that he did not like. I ended up rewriting about half of the chapters and re-finished the book with his input and we have not discussed it since.

Q: What do you hope readers take away from your experiences?

A: I want them to know that they are not alone. Find your people. Get connected, get educated, read books, join support groups, or get a dog. Go to the free seminars that the preschool offers, have coffee with a mom that reaches out.

Some of this stuff is funny. Laugh. It’s OK. I laugh at my kids, I laugh at myself, I laugh at the situation, I laugh at it all because in laughter we find common ground. I have never walked away from a good laugh with my kids angry. I have always found laughter to be something that connects us all.

A: I’d like to use this book to spread awareness and to work on ways to create programs for inclusion. Not just the kind of inclusion where people are asked to join a class or sit at the table. The kind of meaningful inclusion where the outsider feels no longer isolated and is enveloped by peers, brought into the fold.

I feel like so many kids are nice to my son but he does not know how to elevate those relationships. That is the area where I would like to consider. How can we make inclusion less geographical and more interpersonal?

Now that I have the book writing bug, I have an idea for a murder mystery about a mom who goes to a hypnotist after losing a diamond bracelet and the doctor inserts mysterious information into her memory. Would you read that?

A: One thing I have realized is that the person that judges me the harshest is me. I need to let up and give myself a break. I think it’s important for all parents to know that you do what you can.

When things don’t work out, it’s fine to be upset about it, even to dwell on it for a bit. I try to remind myself to move forward and focus on the positive, the accomplishments, the milestones. And, if I can get my kid to 16, anyone can!