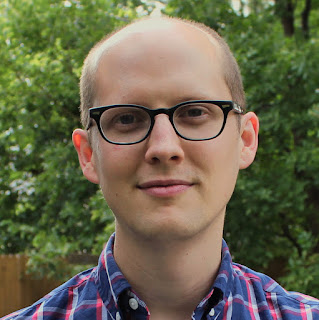 Andrew DeYoung is the author of the new young adult science fiction novel The Exo Project. He is a children's book editor, and he lives in Saint Paul, Minnesota.

Q: How did you come up with the idea for The Exo Project, and for your characters Matthew and Kiva?

A: I had been thinking for a long time about writing a YA novel set in space, on a distant planet. I wanted to write something thought-provoking and emotional, set against the backdrop of a beautiful but stark and lonely planet. Basically, I had a genre and a tone that I wanted to work in—but I had no story!

But then, one day, an idea occurred to me. I was thinking about my teenage years, and remembering the feeling of loneliness that sometimes happens when you're growing up and it feels like no one understands you. It felt a little bit like being lost in space. I also remembered the feeling of making a connection—that felt a little like the miracle of finding life in space.

All at once, I knew I had an idea for a book: I'd write about two kids from opposite ends of the galaxy, lonely kids, who make a miraculous connection that changes everything.

Then I rushed to my writing desk and dashed off a scene of a girl named on a distant planet, who sneaks off into the prairie and has a vision of a visitor to her planet, named Matthew. That's how everything began! 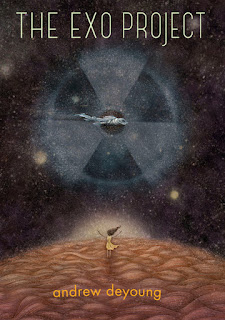 A: When I write books, I generally have a good idea of how things will end, but not always a very good idea of everything that will happen between the beginning and the end.

Think of it like a journey where you know where you're going, but you don't necessarily know the route you'll take to get there. That's what writing this book was like. Along the way, I took many false paths that turned out to be dead ends. I had to backtrack a lot and figure out where I took a wrong turn.

Q: You tell the story from several characters’ perspectives. Were there some that you particularly enjoyed writing about?

A: Matthew and Kiva are of course my favorites. They're the emotional heart of the book.

But there is one minor character in particular I enjoyed writing, and that is Po. Po is a childhood acquaintance of Kiva's, a sort of outcast in the village who becomes jealous of Matthew and Kiva's connection.

It's hard to say that I really "enjoyed" writing from Po's perspective—a lot of his thoughts end up in dark places—but I felt sorry for Po, and I think I understood his anger and resentment at the way his life had turned out. To me, he is one of the most complex characters in the book, and the saddest.

A: Oh, so many! Because this book was science fiction, I thought a lot about Ray Bradbury while I was writing, particularly his science fiction masterpiece The Martian Chronicles. Another was Jonathan Lethem's Girl In Landscape, another tale of struggling with adolescence in space. In YA, I love the writing of Alexandra Duncan, Beth Revis, and Rainbow Rowell.

A: I always have a lot of projects going, partly because each project will be in different stages: idea, drafting, or revision. In one stage or another, I've got: a ghost story, a postapocalyptic concept, and a time travel idea.