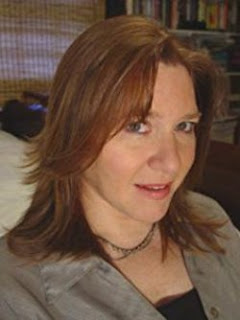 Robin Merrow MacCready is the author of the new young adult novel A Lie for a Lie. She also has written Buried. She lives on the coast of Maine.

Q: How did you come up with the idea for A Lie for a Lie, and for your main character, Kendra?

A: Kendra’s story is based on a few different events that took place when I was a teen. Without disclosing too much, let’s just say that it was shocking to find out the real life stories of friends and their families.

Even more intriguing were the ways in which they coped, or didn’t cope with their new realities. These events stuck with me and over time two separate novel ideas became one. I loved these characters!

Q: The book takes place in a community in Maine. How important is setting to you in your writing? 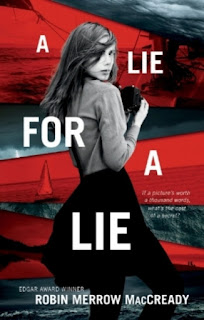 A: Both my novels are set in coastal Maine, as is my current work in progress, though half of the story takes place in the New Hampshire mountains.

Kendra (A Lie For A Lie) and Claudine (Buried) struggled to come to terms with things they couldn’t face, and though a person doesn’t have to live on the coast to go through such things, I know this place intimately and love developing my stories around the woods and water.

A: The original title was Snapshot. In fact, it was still Snapshot until marketing spoke up. I think they saw a snapshot as dated, since people don’t print many photographs these days. And also, snapshot sounds similar to Snapchat.

When my editor told me they wanted a change she some a few ideas and suggested I make a list of possible titles if I wanted some input. I love brainstorming titles and tag lines. 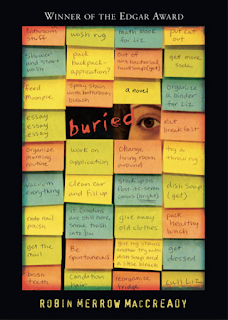 A Lie for a Lie was their favorite. It’s a play on “An eye for an eye…” and because Kendra is all about revenge as a result of what she sees, the new title worked. It left a question hanging in the air: If someone lies to you, should you lie to them, expose it, or hurt them?

A: My original synopsis had a different ending. The story changed a bit along the way. Characters disappeared, jobs changed, relationships ramped up, and so the ending changed, too. I imagine I’m not the only writer that revises more than once.

A: I’m writing a novel set in 1840s Maine and New Hampshire. My main character has special powers, but she won’t embrace them. She wants only to be a common girl with common problems. When a tragedy results in her getting to live the life of a village girl she finds that being common isn’t as easy as she thought.

I’m deep in the research stage and love the way the language of the time shapes the narrative. I love this new adventure!