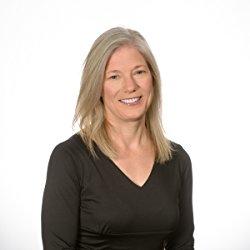 Devoney Looser is the author of the new book The Making of Jane Austen. She also has written Women Writers and Old Age in Great Britain, 1750-1850 and British Women Writers and the Writing of History, 1670-1820, and her work has appeared in various publications, including The Atlantic, The Independent, and Entertainment Weekly. She is a professor of English at Arizona State University, and she plays roller derby under the name Stone Cold Jane Austen.

Q: You begin the book by stating, "She was not born, but rather became, Jane Austen." What were some of the key factors along the way that turned her into the Jane Austen we're familiar with now?

A: Austen has long been an author who enjoyed both critical acclaim and popular worship. (Or we could say critical worship and popular acclaim!)

I think we've done a better job charting how critics and family descendants helped launch Austen’s reputation than we have the early popular aspects of its growth.

Popular media, including book illustration, dramatic adaptation, and film adaptation, gave Austen’s name and image new dimensions. These things put her in front of bigger audiences, and recovering that history shows us that there were debates about the kind of author she was from a pretty early point in her afterlife. 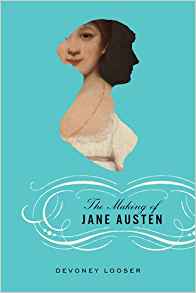 It’s really interesting to me that there was a time in the 1890s when some illustrators were doing a better job than some critics at showing how Austen’s fiction connected out to a wider world—that she wasn’t writing small, insular novels, even if she wrote novels about people living in small social groups.

Q: In the book, you describe various ways in which Pride and Prejudice was depicted in illustrations, film, and theater. How did those portrayals evolve over the years when it came to Elizabeth and Darcy?

A: The changes were pretty profound. In the early dramatic adaptations, for example, in the 1890s to the 1930s, Elizabeth is the center of the play. Darcy is almost scenery, until the end, when he’s revealed as a worthy suitor.

Elizabeth also featured in these early plays as an admirably rebellious figure, a New Woman before her time. But in the 1930s, Darcy’s worthy qualities are revealed to the audience a lot sooner, and Elizabeth is made weaker.

I show how the rise of Darcy as a sexy character happened a lot sooner than we thought—decades before Colin Firth.

Q: You've noted that your life, both personal and professional, has been affected by Jane Austen. What first got you interested in her and her work?

A: Like a lot of Janeites, I discovered Austen’s novels in my teens. In my case, it was my mother who started me on the path. She kept nudging me toward these books, Pride and Prejudice and Sense and Sensibility, bound together in one volume. 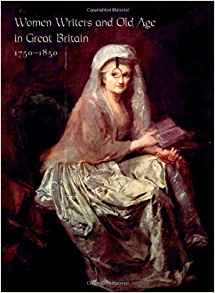 I was resistant, honestly, at first. Austen’s language seemed so impenetrable and stiff. It was maybe the third time that I started Pride and Prejudice that it just clicked somehow, and I was hooked. It became a favorite book.

It was only many years later that I learned that my mother had never read any of the novels. She just knew that Austen was an author you were supposed to read, and she wanted me to get an education.

Q: What do you see looking ahead when it comes to Jane Austen, and what's her legacy today?

A: I think that as long as Jane Austen and her fiction continue to morph into new media, she’ll stay in front of large numbers of readers and attract new fans.

So bring on the Jane Austen video games, vlogs, and memes, I say. With any luck, these things will inspire users and viewers back to her original novels. 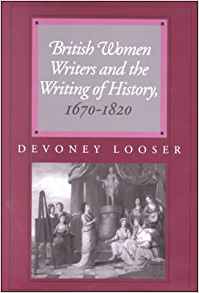 A: I’m working on a biography on two contemporaries of Jane Austen’s, sister novelists Jane and Anna Maria Porter, whose experiences with fame were the reverse of Austen’s. The Porters were household names during their lifetime, and their fame plummeted after their deaths.

A: It’s crazy but Austen has shaped nearly every part of my adult life—career, marriage, and hobby. It’s even more wild that there are many of us who feel inspired by her in this week, who read her in order to come to better questions about how to live meaningful lives, especially in a world that is often deeply unfair.