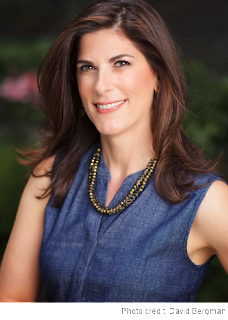 Stacey Lender is the author of the new novel City Mouse. She is a marketing consultant for entertainment brands and attractions, and she lives in Manhattan and Connecticut.

Q: How did you come up with the idea for City Mouse, and for your character Jessica?

A: I was struck by a story I heard at a college reunion about a moms-only weekend where everyone cheats on their husbands… I let my imagination take me on a fictional journey, which was right around the time my husband and I almost bought a house in the suburbs.

My character Jessica is someone who is struggling with her identity as a young wife and mom (and her zip code), as she and her husband Aaron decide to move out of the city. Although my husband and I didn’t end up moving, the question of finding your place is one I can relate to personally.

Q: What do you think the novel says about living in the city vs. the suburbs?

A: There is plenty in the book to stir the debate! For many people, a house in the suburbs with a big backyard represents the American dream, and I wanted to explore the world beneath those shiny granite countertops in a way that was entertaining and fun, not trying to be too serious or preachy.

One of the big takeaways is how hard it can be to move to a new area and fit in with new mom friends, which is a challenging situation no matter where you live. 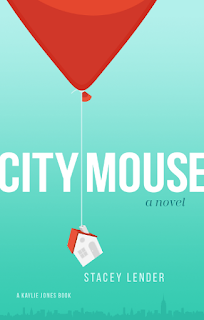 A: I started with an outline, but ended up scrapping it soon after I started writing. City Mouse is my first novel, and when the people in my writing workshops told me that my characters would end up telling me where they wanted to go and what was going to happen, I thought they were crazy! But it ended up being true.

Q: Do you think this could have taken place in a setting other than New York City and its suburbs? How important is setting to you in your writing?

A: Having kids, running out of space, and looking to the suburbs to find a better life for your family is a familiar rite of passage in many cities, and I asked friends living in different areas of the country to be readers for me to make sure the book was relatable outside of New York City. (Although NYC presents some particularly daunting financial and space challenges, especially for middle class parents.)

Fun fact: Jessica and Aaron move to Suffern, which is the town where I grew up. I learned through my research for the book (not while I was in high school…) that Suffern was an important crossroads of the American Revolution; Alexander Hamilton and Aaron Burr both visited Suffern, and I incorporated facts about Hamilton’s real-life affair and sex scandal into the City Mouse story.

In this case, the setting ended up influencing the story in an unexpected way.

A: I am working on my second novel (It’s like giving birth – you forget how much it hurts the first time and before you know it, you find yourself doing it again!).

It digs into the relationships (extracurricular and otherwise) between parents at an elementary school with classrooms designated for “gifted” students alongside general education classes – a situation rife with conflict on many levels.

In my non-writing work life, I’m a marketing consultant for entertainment brands and attractions, and have a few projects on tap this summer.

A: It might sound corny, but it’s never too late to pursue your dreams. I’d always loved writing, but hadn’t written anything since college (besides in my journal).

Eight years ago, I had an idea for a novel, and instead of keeping the notes tucked inside my drawer, I decided to sign up for a writing class in my neighborhood.

I discovered that I really enjoyed the writing process; I fit the assignments in the edges between work and family, three pages a week at first, and then seven…and I am beyond thrilled that my first novel City Mouse is now being published. What started as a passion project turned into something bigger than I ever dreamed it would!