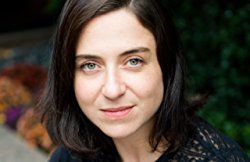 Lucy Ives is the author of the new novel Impossible Views of the World, which focuses on a curator trying to figure out some mysterious goings-on at her museum. Ives's other books include the work of poetry The Hermit and the novella nineties, and her work has appeared in a variety of publications, including Lapham's Quarterly and Triple Canopy. She lives in New York.

Q: How did you come up with the idea for Impossible Views of the World, and for your character Stella?

A: Several years ago (six years, to be precise) I was supposed to be writing something else when the opening lines of the novel suddenly popped into my head. I wrote them down without knowing what they meant and went on to write the next couple of pages. 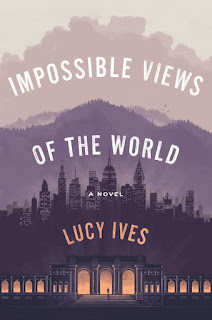 I struggled for a while to figure out what this was about: Why was I so interested in this curator? What was going on at the museum where she worked? It was all very weird and mysterious!

I kept going with the book and eventually, sort of like a “magic eye” image, it all started to make a kind of sense and a picture emerged.

It interests me that I’ve managed to write a literary mystery novel here, because certainly the story and characters, while very vivid to me, were not initially things I’d planned. They were very spontaneous, somewhat spookily so. It’s a little like I’ve had to solve the mystery of this novel twice.

Q: What kind of research did you need to do to write the book, and was there anything that especially surprised you?

A: I’ve always been interested in the histories of museums and arts organizations in New York City, as well as the history of the city itself and the state. 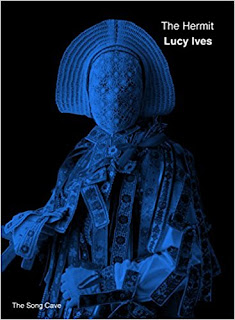 I’m often surprised to learn how things we think of as being very fixed now were once in a state of flux, like that well-established settlements had to be torn down for the construction of Central Park.

Here, I’m thinking in particular of Seneca Village, of 1825-57, the first major community of African American landowners in Manhattan.

Or, the strange history of period rooms! I had no idea how complex they are. I did so much research about them that I ended up writing a separate article about them that you can read here.

A: I knew that the narrator was going to make a major change in her life and that this change was related to answering a big question in her research. 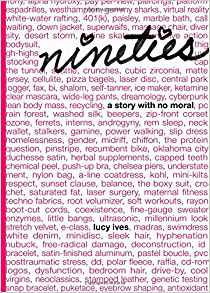 I could feel that this was what the novel was about from the very beginning, but it took some careful sketching and the occasional recalibration to make these two paths, Stella's life vs. Stella's research, line up. It was a wonderful challenge! I'm grateful to my editor at Penguin, Ed Park, for his help with this.

Q: As a novelist and poet, do you have a preference when it comes to your writing?

A: Over time, I’ve become more and more interested in characters. This has changed my relationship to both prose and poetry, but I don’t have a preference between them. I do feel that these days my relationship to sentences is a more public kind of thing.

A: Oh gosh, a million things. One of them is a new novel…

A: I recently ate some rhubarb (pie) and was reminded what a delicious herbaceous perennial it is.