Elise Paschen is the author of the new poetry collection The Nightlife. Her other books include Bestiary and Infidelities, and her work has appeared in a variety of publications, including The New Yorker and Poetry Magazine. She teaches in the MFA Writing Program at the School of the Art Institute, and she lives in Chicago.

Q: Over how long a time did you write the poems in The Nightlife, and do you see any themes that run throughout the collection?

A: Although the first drafts of poems may arrive quickly, I am a consummate reviser and may spend months working on a poem. As a result – my books of poetry come out roughly every 10 years. (I hope to speed things up with my next collection!)

It took me about eight years to write the poems in The Nightlife – which was fast for me!

In this book I try to reveal, through dream lyrics and fractured narratives, the inevitability of unrecognized desire and the drama between the life lived and the life imagined. 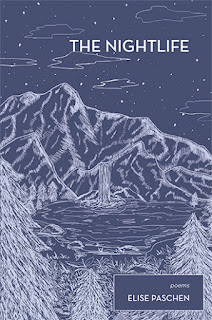 I explore the nocturnal world and what happens in that interval between dorveille and daybreak. The last poem I wrote for the book, “Daybreak,” I see as an ars poetica describing the book. It is also an aubade.

Q: How did you choose the collection's title, and what does it signify for you?

A: I figured out the title when I was having breakfast with a friend and describing my vivid nightlife. We were discussing possible titles and "The Nightlife" seemed like the perfect fit.

I love the way the title plays with the notion of late night parties in the city – but it’s the imagination which creates this nightlife – the consciousness of insomniacs and dreamers.

Red Hen Press also designed the perfect cover for the book – a nightscape with stars and mountains and falling water. 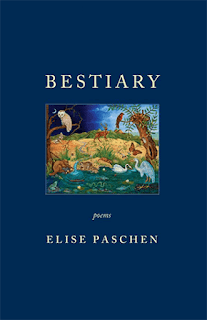 A: When I was running the Poetry Society of America, we would offer seminars on a wide range of subjects. My friend, Jill Bialosky, taught a class on assembling your manuscript and she advised putting your best poem first and your second-best poem last. When I initially organized the manuscript that was the rubric I followed.

At AWP in L.A. last year I was talking to a fellow Red Hen poet, Tess Taylor, saying that I wasn’t sure about the order of poems in the book, and she suggested I ask our editor, Kate Gale, to rethink the order.

Kate is not only a poet and a librettist but she also has written novels, and she envisioned the dramatic arc of the book. She saw the mythic dimension in the manuscript and arranged the poems so that the book begins with a dive into deep water and ends with an opening into sky.

Her ordering was a little scary – as some of my most vulnerable poems were placed in the first section. It was a revelation, though, to shake things up and rethink the poems in this new configuration. 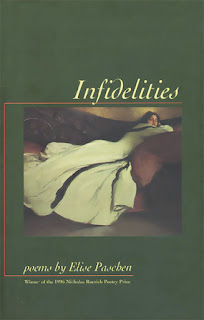 Q: Who are some of your own favorite poets?

A: I am a loyal lover of my favorite poets. My all-time favorite is William Butler Yeats. I wrote my doctoral dissertation on Yeats’ revisions of his female persona poems. I was fascinated that some of his most passionate love poems were spoken by a woman. I fell in love with Yeats when I was a sophomore in high school during a British Literature class.

I then discovered Elizabeth Bishop when I was in college. I was “comping” for The Harvard Advocate and wrote a review about Geography III. I had wanted to write my Oxford dissertation on Bishop but in the ‘80s in England – she was not well enough known!

There are so many contemporary poets whose work I admire – Seamus Heaney, Frank Bidart, Joy Harjo, Rita Dove, Lucie Brock Broido -- many many more.

A: I write a book of poetry poem by poem so I slowly am beginning to write poems for the next book. One of my new poems is inspired by a dream where I entered the landscape of the cover of The Nightlife!

As with many of my friends and colleagues, I have been inspired of late to write poems of protest. My poem, “Liberty,” recently appeared in Cutthroat’s anthology, Truth to Power: Writers Respond to the Rhetoric of Hate and Fear.

A: I also edit (and co-edit) poetry anthologies – including ones such as Poetry Speaks and Poetry in Motion. I am currently working on editing an anthology with Gabriel Fried for Persea Books called, as of now, The Eloquent Poem.