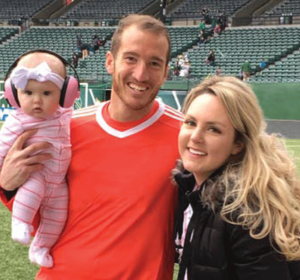 Jeff Attinella is the author of the children's sports book series It Had To Be Told. He is a professional goalkeeper for Major League Soccer’s Portland Timbers.

Q: How did the It Had To Be Told series come about, and how did you pick the four topics you've written about?

A: It Had To Be Told got started after my daughter, Remy, was born. She was about three weeks old and my wife and I were watching the Chicago Cubs win the World Series.

I couldn’t believe that my little girl would never know about the curse of the Cubs and the “Lovable Losers.” She was born into a world where this longstanding headline in sports had come to an end.

Fast forward a few months, I was home in Tampa about to go watch my Buccaneers play and I thought to myself, “How am I going to get Remy to care about the Bucs with me?”

I started jotting down this little rhyming story on my phone and realized I might be on to something. I told the idea to my father-in-law, who is also a big sports fan and entrepreneur, and he really took my ideas and ran with them.

The first story was obviously about the Bucs, but it was very rough and unfortunately, they haven’t had any really noteworthy story lines to share, so that was tabled.

The Cubs’ World Series win was still pretty fresh on everyone’s mind and the story sort of told itself. The history of the curse and the way they won made it really fun to write.

The Cavaliers had also just won the first championship for Cleveland in a very long time, so it seemed like a natural choice. 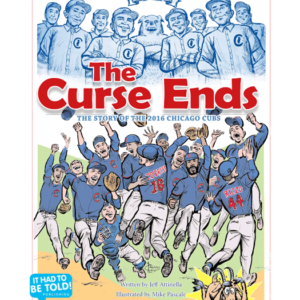 The wins in Chicago and Cleveland meant so much to their cities and to the people. The misery of never winning, coming so close for so long and then to ultimately win a championship after so many years, made for a great story that deserved to be passed down to the next generation of fans.

The Super Bowl this past year fell right in line with the other stories - just a whirlwind of emotions as a fan and a huge comeback that everyone was talking about. Anyone watching would have thought that the New England Patriots had no chance of winning that game.

Yet they had Bill Belichick on the sidelines and the greatest quarterback of all time, Tom Brady, and they did the impossible. Plus, this Super Bowl win cemented the two of their legacies, which in itself makes for an inspiring story.

Lastly, we decided to tell the story of the Space Race because it simply is an incredible story. Putting politics aside, it was two huge world powers literally racing to the moon. It was a fun process to turn this monumental moment in American history into something that younger kids would enjoy and understand. 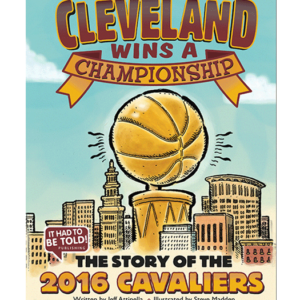 Q: What do you hope kids take away from the stories?

A: My hope is that kids who may not typically like reading find these stories enjoyable enough to actually look forward to reading them. I know that growing up, sports played a huge part of my life. Professional athletes were who I looked up to and aspired to become; my favorite teams were the reason I stayed up late at night on a school night.

By channeling this same excitement and influence, I hope that young kids get excited to read and learn about the legacies of their sports idols and the history of their favorite teams.

I also want them to be inspired by the incredible triumphs in sports. Not only can kids learn to read or learn about their favorite sports teams, they can also aspire to achieve greatness like the stories we tell.

I was never a kid who liked reading, but I was always interested in sports. I have friends with children that are the same way. I truly hope that my stories speak to kids like myself that are looking for a book that is different from the rest – one that speaks to one of their main interests, sports. 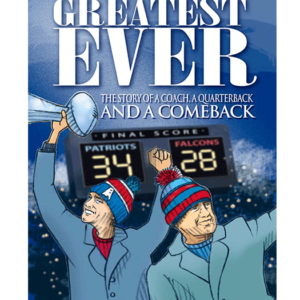 Q: What role do you think sports play in kids' lives today, and as a professional soccer player, do you plan to write a book for this series about soccer?

A: I’ve been around sports my entire life, whether I was playing in or attending games, and I can’t help but notice the amount of kids that attend sporting events, from professional to high school.

Professional sports emphasizes youth involvement. We are constantly working with kids in the local community and our job extends well beyond the boundary lines on the field.

Even as a collegiate athlete, I remember seeing how kids looked up to us and how their parents leaned on us to set great examples. This responsibility should not be taken lightly, and unfortunately, many professionals don’t consider the impact that their decisions make.

I can remember going to the Tampa Bay Devil Rays (now Rays) games before batting practice with the hope of getting an autograph or just a chance to see some of the players. Those players never realized it, but those were some of the happiest moments of my childhood.

Now, as an adult, I am fully aware that my decisions and the choices I make have a huge impact on the children that I see or work with. I hope that my stories can ensure that the impact I make on kids is a long-lasting, positive one. 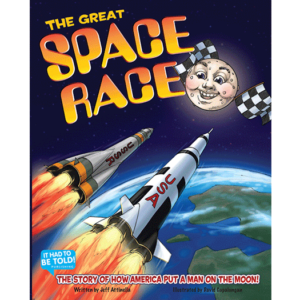 Q: What age group do you think would especially enjoy the books?

A: Since our launch, we are realizing that these books are not just great for kids but sports fans of all ages. I’ve had dads telling me how much more they are enjoying reading time because it is telling stories that stir up an emotion and they’re getting to share moments that were really magical to them with the next generation.

A: Right now I’m working on a story about the many traditions in the Alabama football program, as well as a story about Pittsburgh, the City of Champions. Each place has such long-standing traditions and diehard fan bases. We’re hoping the stories we tell can bring joy to the lifelong fans, while providing new generations a great way to catch up on the history.

A: I started writing these stories because I want my daughter and future children to love mine and my wife’s teams the way we do. It’s where our relationship first started, and it’s one of the things that keep us close to our families, even though we live clear across the country from them.

I hope these stories help share that bond with other families, too. The books were written for children, but as we’ve grown and learned more about our audience, I’m seeing that these books resonate with the parents, as well, and that’s been awesome.  Kids grow up and people move away but having that hometown team can be one more thing to keep everyone close.