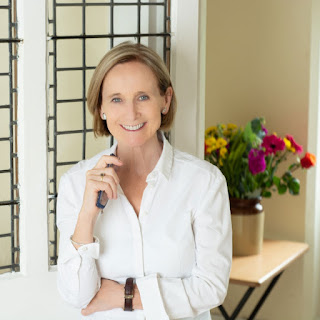 Jane Shemilt is the author of the new novel The Patient. Her other books include The Daughter. A physician, she lives in Bristol, England.

Q: What inspired you to write The Patient and how did you create your character Rachel?

A: The Patient grew out of an encounter with a young psychotic patient when I was a medical student on the psychiatry rotation. He had come in to the Accident and Emergency department and as I waited with him for his assessment by the duty psychiatrist, he talked to me in a glittering flow of words without stopping.

He told me he felt like a plane speeding faster and faster down the runway and I knew exactly what he meant because I’d felt the same. I often skipped nights of sleep to study and had felt the edges of mania then; sleep deprivation is known to do this.

We were a world apart, I can't presume to have gone through what he had, but all the same we shared a baseline.

There is no doubt stigma is attached to mental disorders and patients who suffer from them and I wanted to write a story that showed that of course, such individuals are as compelling, attractive, and deserving of love as anyone.

Creating a character is organic; it is difficult to analyse exactly how that process breaks down. I knew what I needed as a framework: a woman doctor who was settled in her career, marriage, and community and yet felt something was missing. The desire for a second chance seems to resonate with many women at this kind of time.

I wanted her to be mature and yet open to the chance of love, despite (or perhaps because) of her established position in her home town. I wanted her to be honourable in terms of work ethic and responsibilities to her patient but also be human, relatable, to make mistakes and to care deeply about them.

I wanted to show she was made up of conflicting attributes as we all are: her moral caring side and a wilder aspect that connected to her childhood.

Other characteristics grew around that: her loneliness, for example, and the relationship she had with her neighbour Victoria; the fun she derived from flirting with Blake; her conflicted feelings about the Cathedral she lived near. Some of those arose in the process of writing.

Q: The novel is mostly set in Salisbury, UK--how important is setting to you in your writing?

A: Setting is crucial. It literally sets and echoes the tone of a novel and in The Patient, provides the context and explanation for much of the action and  the characters’ reflections.

I grew up in Salisbury myself and have long thought of setting a novel there. The Patient gave me that chance. I wanted a small town community where people knew each other, where patients would have a good chance of seeing the same doctor again, and where shocking events such as a murder would send powerful waves of disquiet.

There is a flip side to living in a smaller town, and one that is magnified by living in Salisbury Close, a privileged enclave within that small town - as I did when I was a child.

The Cathedral and ancient houses surrounding it are among the most beautiful in the world but at night the gates are closed and you are locked inside a small world where everyone knows everyone else’s business. It is easy to feel trapped. As teenagers we swam across the river Avon at the back of the Close after a late party if we’d forgotten the key!

The Cathedral, a stunning architectural and engineering achievement, was also a massive cliff of stone that could feel overbearing, even frightening at times, but intensely reassuring to some. I wanted all that in the novel.

I travelled to Provence with my husband to experience the other setting in The Patient and as we walked through the hot landscapes, it wasn’t hard to imagine Rachel and her lover in an old house tucked away near St. Remy, a land of olives groves and white mountains just like the ones Van Gogh painted. 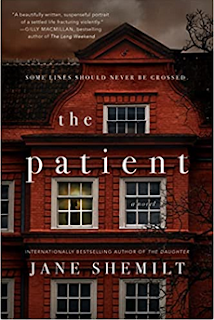 I’ve been lucky enough to explore widely for other novels: I used Jura, an island in the remote Outer Hebrides in Scotland, in How Far We Fall to capture the grandeur of the landscape. I walked the length of the island and was inspired to use the famous whirlpool in my story, and the house George Orwell rented, which we spotted on the walk, became the childhood home of one of the protagonists.

I went to Botswana for The Drowning Lesson, or I’d never have known what the light was like, the smell of the bush and the vastness of the dry, empty seeming countryside which confronted the parents in that novel whose child has been taken.

I went to the Peloponnese in Greece for Little Friends, where I used the tower house where we stayed as the holiday house of the family, and recently to the beautiful and unspoilt Greek island of Paxos for my latest book, The Therapist, out next year--a dark story set in a gorgeous place; the beauty of the island a counterfoil and contrast to the terrible things that happen there in that novel.

Q: How does your background in medicine and psychology affect your writing?

A: My medical background plays an important part in my writing, in at least four of my novels. It's a world in which I feel very comfortable and one which I know has a fascination for many.

I have written about a woman in practice both in my first novel Daughter and The Patient; it allows for so many different kinds for stories.

General practice is all about patients’ stories as well as larger questions about ethics and morals that confront doctors on a daily basis: to treat or not to treat, how we deal with patients whose problems may not fit into an easy diagnosis, the importance of empathy. How not to miss important symptoms and what happens when we do.

It is arguable which came first--my interest in people or what I learnt in my medical training and practice about communication. Certainly writing about character in my novels requires a deep dive into empathy which is also required in medicine. Sometimes I wish I could have written first – I’d be able to use what I learnt about empathy in creating characters in general practice.

My husband is a neurosurgeon and his work and world provided the perfect setting for my Macbeth novel How Far We Fall-- the ambition and ruthlessness of that world. Its life and death battles allied well with a soldier’s life and the political manoeuvring in that play.

It's difficult to quantitate the effect of studying psychology because it was more that my interest in thought and behaviour drew me to study psychology, and the same interest inspires my novels. So much goes into the mulch of experience that nourishes a novel – it's hard to separate out all the elements.

A: When I first started writing The Patient several years ago, I laid it aside twice for two other novels; back then I only had the beginning and the settings.

When I cleared the decks, so as to speak, and sat down to actually write it, I made myself a framework as I usually do, but one I kept deliberately flexible because experience has taught me that novels can assume a life of their own and though I insist on remaining in charge, I’ve also learnt it's wise to keep an open mind.

The ending came about partly as a result of visiting the asylum where Van Gogh spent some of his most fruitful months—St. Paul de Mausole in St. Remy de Provence. Looking out of the window of his room to the sun-parched landscape, the ending clarified, and that was when I was already halfway through. The very last lines came as I wrote it.

A: I’ve just finished the first draft of my sixth novel, called The Therapist, which will be out in 2023. Set in Paxos and Westminster, it's a very dark story about abuse and revenge but I can't say more at this point!

I had the chance to travel to Paxos with my brother-in-law, Scott Gill, as my husband was working, and he was a brilliant companion. We walked through all the twisty little paths and must have swum in a large proportion of the beaches. That clear turquoise water was hard to resist. By chance, meeting an interesting old man in a café provided an important part of the plot.

A: I always sneak in a dog into my books, usually a cocker spaniel. Our roan cocker spaniel, Chester, is a peaceful companion when I’m writing but insists I have a walking break twice a day, very good for me. Dogs are wonderfully humanising for characters in a novel and a chance for even the most despicable to show a relatable side.

I swim every day at 6:30am and swimming also features in many of my novels. I’ve always loved it. I think of it as active meditation and it keeps my shoulders from stiffening up with all that hunching over a computer.

I was going to read English at university but a gap year in Zimbabwe convinced me medicine was the way to go. I thought I could come to back to writing later--and I did.