Rachel M. Harper is the author of the new novel The Other Mother. Her other books include This Side of Providence. She is on the faculty of Spalding University's School of Writing, and she lives in Los Angeles.

Q: What inspired you to write The Other Mother, and how did you create your cast of characters?

A: I was inspired by elements of my own life, including failed romantic relationships, the early death of one of my brothers, and my own complicated journey through motherhood.

I also wanted to examine a family of high achievers and look beyond and beneath that outward success, to see the struggle and sacrifice that lies under the surface.

All my books are about family and loss, and the possibility of new family structures being created in the wake of that loss. That’s where hope comes in, and optimism for the future—which also inspired me. If I didn’t believe in great love and transformative healing, I wouldn’t have been able to write this book.

My cast of characters grew in tandem with the narrative, and I built the story from the central conflict out, creating each family as a separate trinity.

The first was the trio at the heart of the story: Jenry, Marisa, and Juliet. Then I developed the Patterson family—Juliet, Winston, and Jasper—and their complicated backstory; followed by the Castillo family—Marisa, Victor, and Inés. The final trio was Juliet, Noelle, and Jonah—the hope for the future—and in a way, the vessel for everyone’s redemption.

Once I understood these four separate trinities, I figured out how they overlapped; that’s how I came up with the unique structure of seven Books, each one belonging to a different character. It also allowed me to move back and forth in time, creating tension and conflict throughout the story.

Q: The writer Jodie Patterson said of the book, “Rachel M. Harper challenges outdated ideals of family and motherhood, drawing us into a world where women choose themselves first--and we witness the beautiful avalanche of loss and heartbreaking erasure that follows.” What do you think of that description?

A: First of all, I love her wording—“the beautiful avalanche of loss”—which feels emotionally spot on for Juliet, so I’m grateful to Jodie for giving me that phrase. I think it’s a very interesting description, and certainly one way to look at the book.

There are key moments where both Marisa and Juliet choose themselves first, and it does lead to loss and erasure—but what I also hope the book shows is how those weren’t the only possible outcomes, that they were born of a patriarchal and homophobic society, and that’s part of the tragedy.

The loss and erasure that Juliet experiences isn’t a direct result of choosing herself; rather it’s the result of the world she lives in, and a culture that forces women to choose between being a successful artist and being a mother. But it’s also more personal than that; it’s the family she’s from, and the pressure she felt to constantly achieve, to be the best, to be who her father wanted her to be. 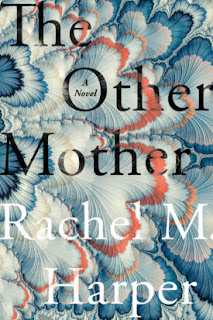 And in Marisa’s case, she’s faced with an impossible decision: having to choose between herself and her child; between being honest about her sexual orientation and having her parents be part of her life. No one should have to make that choice, to restrict their own freedom and conform to someone else’s beliefs regarding who to love and how to be your own authentic self.

Her sense of loss and erasure stems from that, which in a way mirrors Juliet’s loss of Jenry, and her erasure as his parent. So I like how the description encompasses all that, including both women’s perspectives.

A: I always follow some type of outline as I write, and I try to stick to the plot points I set up from the beginning. The central thread was there already, as well as the ending and how I would resolve the present-day conflict.

What I changed, or enhanced might be the better word, were the motivations; as I got deeper into each character, more was revealed to me about why they did what they did, who they were trying to protect, and what they learned in the process. I was learning as they learned, and I had to allow some of those revelations onto the page in real time.

That is one of the great joys of the writing process: when characters tell you something about themselves or the story that you weren’t aware. It’s a wonderful gift when it happens, and I try not to miss it.

A: For the first five years or so, my working title was “Motherland”—but by the time I was ready to show it to my agent, a few other books had come out with that title. I knew it had to change, but I was attached to my original title, so it took me awhile to land on something new.

It was my wife who liked “The Other Mother” for the whole book, so she gets all the credit. Juliet’s section (Book Three) had always been called The Other Mother, and as we started talking about it thematically, it became clear that using the Book Three title as the novel title made perfect sense, since Juliet’s story intersects the others in such profound ways.

Her character, and her role as “the other mother,” acts as a catalyst, informing both the structure and the idea of “othering” that permeates the novel. It helped me to convey the feelings of “other” that all the main characters share in some way, and it felt inclusive of all their struggles, with the central one still giving primacy to Juliet.

For me, the title signifies both the success and the struggle that is central to the novel; it acknowledges Juliet’s identity as a mother, while also modifying it, telling us her role is different, one whose meaning will have to be self-defined.

A: I’m in the beginning phase of a new book, so I’m doing a lot of research. I’m not sure what it will be yet, but I think it’s going to be a love story, and perhaps my first period piece. Which is just an excuse to take a break from the present.