Q&A with Julia May Jonas 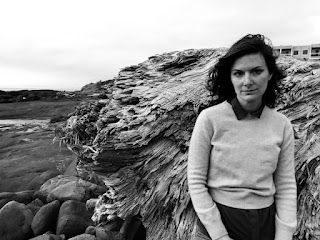 Julia May Jonas is the author of the new novel Vladimir. A playwright, she teaches theater at Skidmore College. She lives in Brooklyn.

Q: What inspired you to write Vladimir, and how did you create your unnamed English professor narrator?

A: The primary impetus for me to write the book is that I wanted to think about desire, specifically what happens and what our expectations are in relation to desire as we age.

Putting the narrator in the situation that she’s in with her husband as well as being a literature professor provided the right set of given circumstances for me to explore a character’s relationship to her own desires. That’s part of it.

And the other part is that the character’s voice came to me, and it was a voice that I knew could both maintain and propel a story.

Q: In her Washington Post review of the book, Marion Winik refers to Vladimir Nabokov and Lolita, and writes, “Jonas...has described several of her works for the theater as inspired by ‘canonical male experience plays.’ This point-of-view conversion seems to continue here.” What do you think of this assessment, and is there a Nabokov connection here?

A: Yes, I absolutely have an interest with looking at these canonical structures and forms and looking at how they (the forms) will accommodate a female perspective, and then also how that comes across to readers. 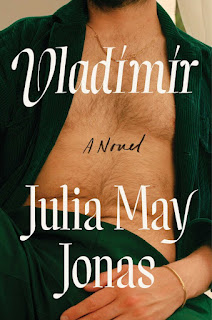 Nabokov, in his forward to Lolita, writes that he wrote the book because he read a story about an ape in a cage who was given a paintbrush and paper, and that the ape drew nothing but picture after picture of the bars of the cage.

I wanted to take that idea of our obsessions, and the way they imprison us, how they cloud our vision, make us short-sighted, and apply that concept to my female character.

Q: How would you describe the dynamic between the narrator and her husband, John?

A: When the book opens it is quite distant. I think they have had moments of being peers for each other and companions, and that those moments can still appear, but I also think that John’s temper and his entitlement has eroded their trust.

A: I had an image in mind that I was writing to, and then the end of the book unfolded naturally, but was certainly informed by the writing that had come before.

A: I am working on a new novel, as well as a play-series that was postponed as a result of the pandemic.