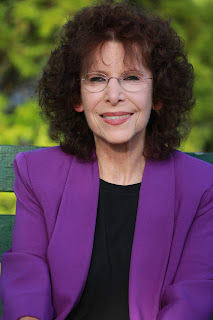 Susan Speranza is the author of the new novel Ice Out, which focuses on the impact of an accident on a family. Her other books include The City of Light. She lives in Vermont.

Q: How was your new novel's title chosen, and what does it signify for you?

A: The original title was Things Once Done, which comes from something that is said several times in the last half of the book: “For things once done can never be undone.”

I liked it because it showcased a major theme of the story. My publisher, however, didn’t like it. We went back and forth on titles that just didn’t appeal to me and weren’t really as exemplary of the story as I would have liked.

I came up with Ice Out, which has a double meaning. For people up here in the north, it refers to the first day a body of water is free of ice. The implication is the coming of spring and all the meaning that embodies – regeneration, hope, etc.

The other colloquial meaning used among some groups is that to ice someone out is to totally ignore them especially those you were once close to.

Since the lake and the accident are a major part of the story, as is Ben’s reaction to Francesca in the aftermath of the accident, this really fit.

There’s a part of the story it is taken from - when the Bodins see the lake for the first time and Willy tells them that sometimes the deer don’t see how thin the ice is and they fall in, not to be found until after ice out in the spring.

Q: The Kirkus Review of the book says, “The ending deftly focuses on redemption and forgiveness.” What do you think of that assessment, and, without giving anything away, did you know how the book would end before you started writing it? 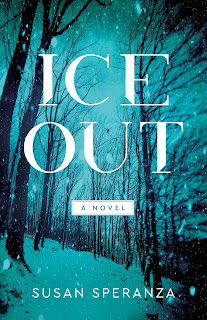 A: I think the assessment is correct. The last two sections of the book, The Forest and Morning, are really an allegory about a woman’s journey from grief to acceptance and forgiveness.

Before I begin any story I always know the ending – I know where I want to begin and where I want to wind up. It’s the middle, the road to the end, that changes and develops as I write.

A: If people read this story on a superficial level – and they certainly can – they won’t be as satisfied. I hope most readers will look beneath the surface to the layers that comprise the story and pay attention to the images and the subtext.

I leave hints about things all along the way – time is very important in this story, for example, and there’s a lot of mention of it.

Before the reader meets or even knows about Lucy, there is mention of five snowmobiles and five helmets in the garage, even though there are only four people in the Bodin family at that point in the story.

I think if they access the other levels, the story will be more satisfying to them, as it will make them think and feel.

A: I’m working on something that I think will be much more allegorical and even experimental than this story. I have a beginning and I know the end – but as I said above, the middle part, the path from the beginning to that ending, is yet to be determined.