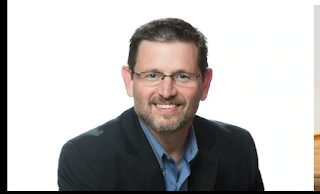 Stephen L. Moore is the author of the new book Patton's Payback: The Battle of El Guettar and General Patton's Rise to Glory. Moore's many other books include Blood and Fury. He lives in North Texas.

Q: Why did you decide to focus on General George Patton and the World War II battle of El Guettar in your new book?

A: This topic was actually one suggested to me by my Dutton editor, Brent Howard. Brent thought that a fresh look at Patton’s first campaign command in World War II was overdue and I agreed that it sounded like a very interesting topic.

I’ll admit that my knowledge on the subject was little more than the bare facts, so it was one I dived into with great interest to learn all that I possibly could.

As I explored the topic, I became fascinated with Darby’s Rangers and with the little tank destroyer battalions that came into heated battle with Germany’s superior Panzer and Panther tanks. So, it was just natural that these two groups became areas of focus in my El Guettar narrative.

Q: What would you say are some of the most common perceptions and misconceptions about Patton?

A: George Patton was often perceived as a profane, hard-driving leader who inspired troops both by leading from the front and with his controversial statements. He cared little about what other high-ranking leaders thought of him, and was known to call out some of his subordinate generals in embarrassing fashion.

One misconception was that he had no feelings for his men. But his action sometimes showed his respect for them, such as times when he took extra effort to forward needed supplies like blankets and extra socks to front-line soldiers.

Others criticized Patton for being a racist, although he was credited by one historian for being the first to integrate Black and white soldiers into the same rifle companies. His speech to one Black tanker battalion implored them to fight their best, to not let down fellow members of their race, and to not let him down. 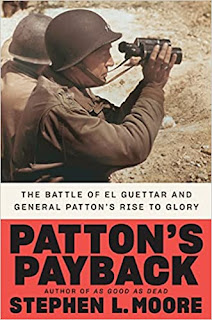 A: Although his personality was strong, demanding, and profane, it was interesting to me how Patton often inserted comments in his diary where he looked for Divine intervention, hoping that his God would grant him success.

Interestingly, he believed in reincarnation, thinking he might have once been a military leader killed in action in Napoleon’s army.

For my research, I turned to Patton’s diary and to the first-hand accounts of soldiers who served under him. Since most veterans of the North Africa campaign are no longer living, I also reached out to children of these veterans to locate memoirs, papers, and other personal stories of their experiences.

Q: Author John C. McManus said of the book, “Moore’s research is impressive, but his remarkable ability to relate the human story of everyday Americans in time of war is what really makes this book so hard to put down.” What do you think of that description?

A: I certainly appreciate his comments. My goal in writing has always been to bring the human element into the story by contacting as many living veterans as I can find.

I then supplement with archival interviews and oral histories, which I blend in with the official military reports. Such reports alone are very dry without the emotion of what those involved experience.

A: I am currently working with a 97-year-old World War II submarine veteran to create a fresh perspective on the story of two sister submarines and their odd fates in the Pacific.

The key action will center around one submarine’s stalking and repeated torpedo attacks against a Japanese aircraft carrier which is carrying American POWs.

Much of this attack is carried out in the midst of a powerful typhoon, where the submariners have only their radar gear to track a large enemy ship whose type is still unknown to them.

A: Later this summer, I have another book being released that also deals with armored warfare in Europe.

This one, Blood and Fury, takes place more than a year after Patton’s Payback. It follows America’s top Sherman tank ace, Staff Sergeant Lafayette “War Daddy” Pool, from the beaches of Normandy through France, Belgium, and into Germany.

This highly-decorated hero was the source of the “War Daddy” nickname used by Brad Pitt’s character in the WWII film Fury.