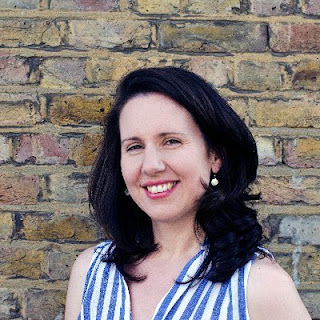 Nadia Ragozhina is the author of the book Worlds Apart: The Journeys of My Jewish Family in Twentieth-Century Europe. She is a senior journalist with BBC World News. Born in Moscow, she lives in London.

Q: What inspired you to write this family memoir, and how much did you know about your family history as you were growing up?

A: I knew very little about my family when I was growing up. My grandmother, Anna, had a few photos of her cousins and her uncle from the 1930s - to me the cousins looked so elegant in them, so mysterious. I kept asking questions about them and their lives but my grandmother had no answers.

I knew that the two branches of the family had lost touch when she was still a child, but I didn't realise the full complexity of the story, and that it would have simply been too dangerous for her to try and make contact with them for many decades of the 20th century.

It was only when I started looking for the Swiss family and found them online via a genealogy website in 2010 that I started to learn what happened to them. And I was blown away - all the different countries that members of my family had lived in, everything they had witnessed, how different their lives had been compared to ours in the Soviet Union.

I am also a history buff, and suddenly I realised that our family had been affected by so much of what happened in 20th century Europe. With a lot of heartbreak, often in tragic circumstances, but I was really inspired to tell their stories.

Q: Can you say more about how you researched the book? And how did writing the book affect you?

It was a very difficult process. Many of the memories were very difficult for my relatives to recount. But they were very keen to tell their stories, we just had to take it very slow to give them time to compose themselves.

I also tried to visit most places where family members had lived or spent time in the 20th century, I wanted to see for myself what those places were like, what I could still deduce about them, what has changed. It was fascinating trying to find Eva's apartment block in Antwerp or Genia's flat in Tel Aviv. That really gave me an added geographical perspective.

The story starts with the lives of the two brothers, Adolphe and Marcus, but it's very much a story of their daughters and granddaughters - six women living through the 20th century.

While I was working on the book, I became a mother to two daughters myself. That experience definitely affected me; I was able to look at the stories of my relatives through a different prism, imagine what they had gone through, through a very different perspective.

Q: What do you think your family's history says about Jewish families in 20th century Europe? 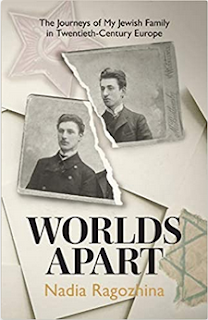 A: So many Jewish families suffered from the persecutions of the 20th century. As the story of my family shows, these men and women were simply trying to live their lives and provide for their families. They had jobs, they fell in love, they moved to seek better opportunities.

All this was disrupted by politics and war. It was the ordinary people who were most affected; it was often women who had to both look after and provide for their families. It was a very difficult time, it was difficult to communicate with one another, hard to obtain reliable information.

Their main goal was to stay alive. They were resilient, they fought back and tried to come up with solutions and look after themselves, but history wasn't on their side.

A: I think it's very important to keep talking about that time, and the best way to remember is through personal stories. We live in the 21st century but atrocities and persecution are never far away.

I wrote some of the chapters of the book as we watched Syrian refugees walk across Europe, fleeing war back home. Now I watch the war in Ukraine and it breaks my heart to think that, once again, it's ordinary people who are suffering, having to flee from their homes, who are displaced and separated from loved ones.

We always say “never again,” and it is important that we keep talking about what happened to our families. By talking about them we keep their memories alive.

A: I am working on publishing the French translation now. Worlds Apart has been translated into French and it is my hope that readers will be able to hold a copy in their hands by the end of the year.

A: One of the best experiences following the publication of Worlds Apart has been sharing my story with my readers. I do a lot of talks, online and in person, with Jewish communities around the world, and I am always amazed at the stories people share, the parallels and sometimes also differences in the experiences of their own families.

I find that it's an amazing way to connect with people and often people get in touch afterwards via my website (nadiaragozhina.com) to continue the conversation.