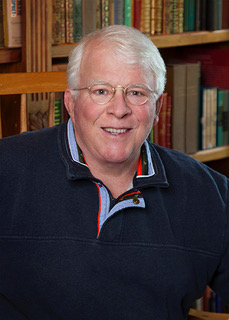 E.C. Hanes is the author of the new novel The Bus to Beulah. His other books include Billy Bowater. He is also a businessman, and has served on a variety of boards in the arts, education, and environmental fields. He's based in Winston-Salem, North Carolina.

Q: What inspired you to write The Bus to Beulah, and how did you create your characters Maria and Will?

A: I read an article in BuzzFeed titled “The Coyote,” about a man in Eastern North Carolina who became one of the country’s leading suppliers of seasonal work visas. The article chronicled the work done by this individual, and the organizations he created, to import seasonal migrant workers for both agricultural and non-agricultural work. The article also listed and gave the results of the numerous indictments suffered by the individuals who were part of these organizations.

I didn’t know much about immigration and the visa programs, but knowing how topical these subjects were, it seemed to offer an interesting basis for a story.

Maria became the focus or representative of those individuals for whom visas were provided, and Will was a character in a prior novel set in Eastern North Carolina.

Q: Journalist Howell Raines writes of the book, “In The Bus to Beulah, Redge Hanes skillfully zeroes in on what happens when our Byzantine immigration laws, the powerful farmers’ lobby, and local politics collide in a bucolic North Carolina town.” What do you think of that description?

A: I think that Howell’s description is precisely what a noted professional journalist would say about my book. After a year of research into the subjects of immigration policy, human trafficking, importation of drugs, and the politics of labor laws and enforcement, I felt confident to at least introduce my readers into these worlds.

The Bus to Beulah is a work of fiction but like many such books, it draws on the facts surrounding many social problems and injustices. Think The Jungle by Upton Sinclair or Oliver Twist by Dickens. Sometimes wrongs are more passionately understood when tied to individuals rather than to nonfiction statistics or charts. 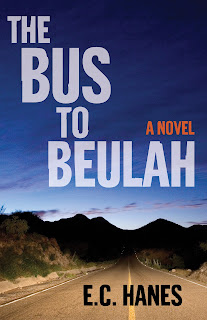 A: I knew generally how it would end but not precisely until deep into the book. For me, the “grope and hope” method of writing is very strong. I may start with a character that I imagine to be strong and clever only to discover that he/she has fooled me and is a dead-end road. As my stories unfold, I know where I want my characters to go, but as they, usually lesser characters, reveal themselves, I make adjustments.

My four primary characters, Will, Lana, Maria, and Eli, were all fully formed and executed as I envisioned early on.

A: I hope their takeaway is that they have just been on a fascinating and enjoyable journey with some interesting and long remembered characters. If they have learned something about the real-world issues that these characters faced and thus are more informed, all the better. I didn’t set out to write a “tell all” book, but I don’t mind telling about the world that really exists either.

Mark Twain, my all-time favorite storyteller, once gave a piece of advice to a young visitor named Rudyard Kipling, “get your facts first, then you can distort them any way you please.”

A: I’m now working on the final chapter in the life of William Walpole Bowater, the main character in my first novel, Billy Bowater.  I need to find out what finally happens to Billy.