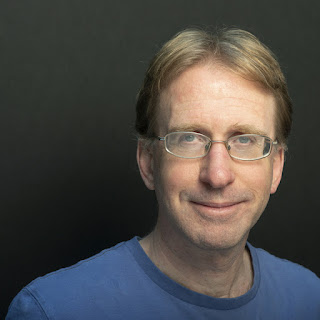 Michael Landweber is the author of the new novel The Damage Done. His other books include We, and his work has appeared in a variety of publications, including Gargoyle and Fourteen Hills. He lives in Washington, D.C.

Q: What inspired you to write The Damage Done, and how did you create your cast of characters?

A: Before I wrote The Damage Done, I was working on a book that had a very violent premise. Far more violent than anything I had previously written. The process of writing that novel, which is now in a drawer, made me start thinking about my expectations about violence, both in literature and the real world.

So I asked the question, What if violence was impossible? What if people were literally incapable of committing violence against one another?

In order to explore that premise fully, I knew I needed a diverse cast of characters who all were affected by violence. I wanted to show the juxtaposition between the fear they felt before the change and the hope that followed it. At the same time, I wrote the characters as people who were impacted by violence, but not defined by it.

A: I rarely know how my books are going to end when I start writing them. Even when I convince myself that I know the ending, it almost always changes by the last page of the first draft. And since first drafts rarely survive the editing process, the ending almost certainly always changes too.

For The Damage Done, I did not know the ending when I started. I didn’t even know if the characters’ stories were going to be related to each other.

I was pleasantly surprised as I was working on the project and the connections between the characters started to reveal themselves. The ending of the book developed from those relationships in a way that was very satisfying to me.

Q: The author Kevin Brockmeier said of the book, “The Damage Done takes a fascinating premise and weds it to equally fascinating characters. More than that, though, in depicting a world without violence, it brings into focus how difficult it is to strip violence from our own imaginations and from the stories we tell.” What do you think of that assessment? 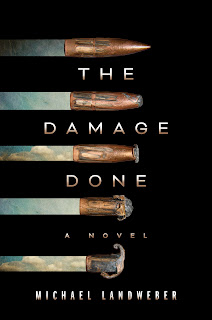 A: I am huge fan of Kevin’s books, so it was particularly gratifying for me to get the blurb from him. And it was even better that it was so insightful about the very core of the novel.

There are certain tropes in fiction that are hard to break away from, both from the perspective of the reader and the writer. When it comes to violence, we have been trained to expect certain things from a story. When there is a violent crime, there is an expectation of justice. But in popular media, that justice often takes the form of retributive violence.

I’m not critical of such tropes, thought they can sometimes slip into cliché. Revenge in literature can be cathartic in a way that justice in the real world rarely is. We watch or read and we cheer when the hero dispatches of the villain. And in the process we create a moral code where there is good violence and bad violence with one triumphing over the other.

As writers and readers, we are somewhat trapped in that dichotomy, requiring ourselves to excuse violence as the primary way to overcome violence. I think that The Damage Done does make readers think about how we approach violence as writers.

Q: Can you say more about what you hope readers take away from the story?

A: I always hope that readers will first and foremost enjoy the characters and the story they are telling. In The Damage Done, that is actually multiple stories all running parallel and intersecting at the end. That’s the reason I write. To tell a good story.

In this book, I also hope that readers will consider not only what a world without violence might be like, but also their own expectations about violence in the world we actually live in.

After reading my book, I want readers to look at the daily news, which is inevitably always filled with violence of all manners, and ask the simple question, What would have happened if violence was impossible?

A: I realized recently that all my work focuses on loss in some way. The main characters are almost always dealing with the death of someone they love. The book I’ve been working on is another variation on that theme. I’m in the middle of the first draft now.

A: Just thanks for having me stop by to answer a few questions. Hope that your readers enjoy my book. Oh, and it makes a great book club book. Tons to talk about. And I love book clubs!