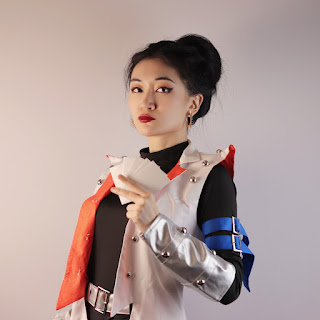 Xiran Jay Zhao is the author of the new middle grade novel Zachary Ying and the Dragon Emperor, the first in a new series. They also have written the young adult novel Iron Widow.

Q: What inspired you to write Zachary Ying and the Dragon Emperor, and how did you create your character Zachary?

A: I was inspired to write this story when my friend Rebecca Schaeffer, author of the Not Even Bones series, encouraged me to try my hand at writing MG. I’d been hyperfixating on Chinese history and myth, and myth stories make for very good MG novels.

Immediately I thought of doing a Chinese take on Yugioh, the most formative anime of my childhood, in which I would combine modern gaming tech with ancient myths and magic. I put a lot of my younger self into him, and I hope that his character arc shows what it means to stand up for yourself and break free from the impossible expectations of others.

Q: Author Graci Kim said of the book, “Jam-packed with humour, heart, and hijinks, Zachary Ying is the Chinese history class you wished you had at school. Exploring diaspora and intersectional identity in between magical heists and mythical creatures, this book is a marvel.” What do you think of that description?

A: I’m so honored to receive this high praise from Graci! It’s exactly what I hoped readers would like about the story. I wrote this book for my shy, self-conscious 12-year-old self and the next generation of Chinese diaspora out there. Really hope they like it too!

A: Figuring out how a book will end is mandatory for me before I start writing it. It’s possibly the best writing advice I’d ever taken. Knowing the ending means you always have a sense of direction when writing. So yeah, I always knew how this book would end, and I’m pretty proud of the final showdown! 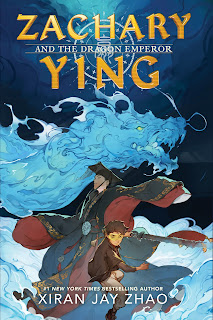 A: Don’t squeeze yourself into a box you don’t fit in for the acceptance of other people – live your own legend!

Q: This is the first in a planned series—can you talk about what's coming next and what you're working on now?

A: There will definitely be a sequel, and perhaps more after that! Currently I’m also working on Heavenly Tyrant, the sequel to my YA debut Iron Widow. These two concurrent series should keep me occupied for a while!

Heirloom Seal of the Realm: Carved from the legendary heshibi jade piece by Qin Shi Huang and became the ultimate symbol of imperial power in China, but vanished about 1000 years ago. Later dynasties have tried very hard to find it, but failed. Theories differ on where it ended up. In the book, I went with the theory that it sank into the Pacific Ocean when an official leapt into the ocean while carrying the last emperor of the Song dynasty (a child) on his back.

Six Steeds of the Zhao Mausoleum: Relics from Tang Taizong’s mausoleum. Two of them did indeed get looted and smuggled to the United States, where it’s currently held hostage by the Penn Museum.

Tai’e Sword: Recorded to be the heirloom sword of the kings of Qin.

Fusu’s Sword: Excavated from tomb in Qin Shi Huang’s mausoleum that’s strongly suspected to have been meant for Fusu. There’s no body inside, just a sword—possibly the one he used to take his own life.