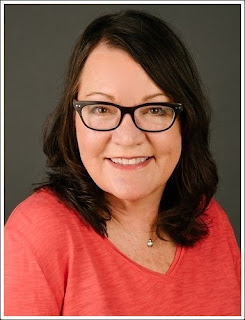 Laura L. Engel is the author of the new memoir You'll Forget This Ever Happened: Secrets, Shame, and Adoption in the 1960s. She lives in San Diego.

Q: What inspired you to write this memoir, and how long did it take to write?

A: In 1967 I had been forced to relinquish my newborn son for adoption in an unwed mothers maternity home in New Orleans, Louisiana. I was 17 and that child was a secret I thought I would take to my grave.

The experience of having my son and leaving him left me ashamed and filled with private grief. I could not even speak about my secret son, and never dreamed I would write a book about that time in my life.

My son found me through ancestry.com DNA. Our reunion was magical and changed the direction of my life. Almost immediately, I wanted to tell the world, my son had found me.

I began for the first time after decades of silence to write about that period in my life, giving that young girl, who had been me, a voice. My journaling evolved into a memoir and the secret I carried alone all those years and thought I could not speak aloud, is now a memoir.

I wrote my first draft in 2017. From start to publication took five years.

A: While writing my memoir, I realized that from day one, once my parents and our minister decided I should be secreted away to the maternity home, I was told you will have the baby, leave it here, go back to your life and “you will forget this ever happened.”

This was the same mantra at the maternity home. Every time you turned around you were told you are doing the right thing, and you will forget this ever happened.

Well, needless to say, I never forgot what happened and I never forgot my son. A day did not pass without me thinking of him, wondering where he was, was he healthy, was he loved?

Q: What impact did it have on you to write the book, and what do you hope readers take away from it?

A: Writing this book completely changed my life in many ways. For one, it was healing and cathartic to for once be able to “talk” about a forbidden secret that I had held for 49 years. 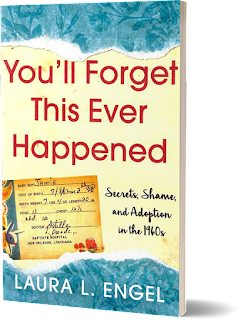 I also connected with writers and individuals I never would have without having written my truth. I connected with other birth mothers and adoptees I would never have known.

I forgave the 17-year-old girl I had been and my parents, grandmother, the father of my child, and the 1960s society I lived in. I could finally exhale.

I hope readers will take away a sense of what a judgmental and sexist society we lived in in the ‘60s. I want readers to see the damage family secrets cause in families. I hope readers (and adoptees) will understand closed adoption better and the cruel reality forced closed adoption causes such as missing a child or a parent for a life time.

Q: The writer Alice Stephens said of the book, “This courageous, devastating memoir describes the dark side of the adoption fairy tale: the trauma of forced separation of a mother from her child. Engel’s story is stark testimony to the failures of an adoption system that is built on coercion, lies, and shame.” What do you think of that description?

A: I didn’t think my book was courageous while writing it. I did know writing those memories I had pushed so far down, resulted in my suffering greatly.

My book questions the common practice in the ‘50s, ‘60s, and ‘70s of placing unwed teenage mothers in maternity homes and perpetuating the shame and guilt that continues to traumatize some birth mothers for the rest of their lives.

It questions the grief caused by loss of a newborn child, as well the grief that results in a closed adoption.

That trauma affects not only the mother, but the adopted child. Separation is a heart-wrenching tear that never heals. Even when there is mutual love and dedication for and from their adoptive parents, many adoptees live with trauma, whether pre-verbal or conscious memories.

There's a common misconception that adoptees are “lucky” to have been adopted, but people don't take into consideration that most adoptees live with separation trauma.

My son and I had an incredible and beautiful reunion which lasted 4 ½ years. He took his own life in 2021. Losing him a second time was the most painful grief I have ever lived through. Since then, I have learned that suicide affects adoptees four times more than the unadopted. I wish I had known this before.

So even though I had not described my story the way Alice Stephens does, I think my memoir does tell the underbelly story of closed adoption.

Q: I’m so sorry for the loss of your son—my thoughts are with you...

Are you writing anything now?

A: I am writing guest blogs and essays and have an idea for a “beads on a string” type of book featuring stories of my family and ancestors.

My first genre love is memoir, with fiction second, so we will see.

A: I am honored you would consider me for a guest blog. Thank you for that.