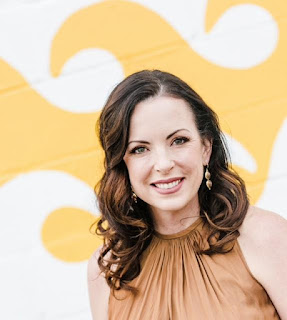 Kelly Sokol is the author of the new novel Breach. She also has written the novel The Unprotected, and her work has appeared in a variety of publications, including Alpinist and The Manifest-Station. She lives in Virginia Beach, Virginia.

Q: What inspired you to write Breach, and how did you create your character Marleigh?

A: Every story that I've written so far has started with a character. I meet this fictional person in the midst of the fight of her life. She's standing on a precipice, and the choices she makes will determine her future. And this is absolutely the case for Marleigh, the protagonist and point-of-view character in Breach.

Several years ago, I was writing with a group, each of us scribbling in our notebooks in response to the same prompt. The cue was "home." When my pen hit paper I imagined a young woman, leaning, exhausted onto the trunk of her car. That woman became Marleigh.

As I wrote, I affixed a sticker on Marleigh's car. It read, "I love my sailor." I knew she'd been loved by a Navy man. I can't stop until I've understood who this woman is, what brought her to this crisis, and what she will do to survive.

I live in Virginia Beach, which is home to military special forces of all branches of service, and for 15 years before that I lived in Norfolk, Virginia, the home of the Atlantic naval fleet, and the largest Navy base in the world.

Fighter jets streak overhead here, casting shadows over the ocean, silencing conversation. Digitized camo is worn everywhere. I run trail ultramarathons, and that community draws veterans. Military families are my friends and neighbors. My best friend served in the Navy. My grandfather was a Marine, and way before we ever met, my husband served in the Navy.

For almost a decade, I've worked with a nonprofit here that's building pathways for children and their families out of poverty. This setting, and every life experience I've ever had gave rise to Marleigh and her story.

A: I often think I know how a novel will end when I start writing, but I'm almost always wrong. I begin with a loose plot. But the magic happens when my characters exert force on the plot and change it. My main character becomes real to me when she does something unexpected. 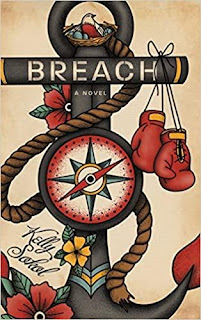 That's one of the most wonderful experiences in fiction writing, when a character grows into someone more than I expected, someone flawed and textured and human. I wrote and rewrote the ending for Breach several times until the one that felt true, that felt like a held breath released.

I love to write difficult women. My main characters rarely do what I think they will (or often should) do.

Q: How would you describe the relationship between Marleigh and her husband, Jace?

A: In a word: incendiary. Their connection is electric and undeniable. Marleigh is so deserving of love and care and physical attraction. And Jace wants to be a rock for her, but he's a man. Shared trauma can sure feel a lot like love.

A: I find titles so difficult! For several drafts, I name my manuscripts after their main character. The title Breach came up in conversation with my husband after he read an early draft.

The word "breach" is freighted with meaning. There's a physical breach. In military parlance, the breaching of a line or perimeter. A breach of contract, and, of course, the auditory similarity to a breech birth. Upside down. Painful. Dangerous. Every one of these meanings resonate throughout the novel.

A: I'm revising a domestic suspense novel right now, about a woman who dares to explore and enjoy herself after a blind-siding divorce. The main character is yet another woman who is forced to face her most honest, primal self. She's forgotten what a fighter she is. The book is fun to write, and scary. I'm calling it a coming-of-middle-age novel.

I'm also in the early draft stages of a memoir about the importance of running throughout my life. I've only written short personal narratives, so a book-length attempt is terrifying.

Generally, I'm writing a new draft, revising a more polished manuscript and researching something entirely new. That's when my writing life is firing on all cylinders.

A: Family homelessness can be invisible, in large part because parents want to shield their children from stigma and  fear being separated from their children. But it absolutely exists, and there are far more homeless children than anyone would want to imagine. We can all be part of the solution.

Likewise, the invisible scars indelibly inked on United States servicemen and women are ruining lives. We owe these people and their families so much more after all they have sacrificed for us. Organizations like ForKids, Inc (www.forkids.org) and SALVAGEUSA (www.salvageusa.org) are doing incredible work. Check them out and see if you'd like to get involved.