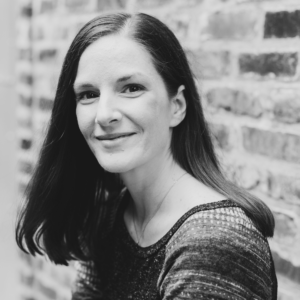 Amanda McCrina is the author of the new young adult historical novel The Silent Unseen, set in Eastern Europe during World War II. She also has written the YA novel Traitor. She lives in Franklin, Tennessee.

Q: You note that the inspiration for this novel came from reading Vasily Grossman’s A Writer at War. How did that lead you to write The Silent Unseen, and how did you create your characters Maria and Kostya?

A: There’s a particular passage from A Writer at War that stayed in my mind for nearly a decade after I first read it and now appears as The Silent Unseen’s epigraph.

Grossman describes a Soviet colonel standing by a German roadside for hours, watching to see if he recognizes his son—taken by the Germans for forced labor—among the hundreds and hundreds of Soviet child refugees making their way homeward on the road. “He went back to his car in the dusk” without having found him.

I think I wanted to write about that colonel for years before I knew those forced laborers were called Ostarbeiter and that some of them were as young as 10 when they were taken to work as slaves in German factories, for major companies like Opel, or on individual German farms. And I did find a way to write him into The Silent Unseen.

But the story centers around Maria, a Polish Ostarbeiter, and Kostya, a courier for a Ukrainian paramilitary group. My editor and publisher wanted this book to work as a companion to my first novel, Traitor, so I knew I was going to delve into the same Polish-Ukrainian tensions that I had explored in Traitor. Having my main character be an Ostarbeiter provided an interesting way to do this.

Maria has been away from her home for more than two years as the story opens, so she has to put the pieces together and figure out what’s happened in her absence just as the reader does; the reader learns alongside Maria that Poles and Ukrainians have been fighting each other bitterly and bloodily in this region of southeastern Poland.

My editor also wanted a stronger romance element in this story than in Traitor, and writing the Ukrainian Kostya as the love interest provided a way not only to offer a Ukrainian perspective on these events, importantly, but also to underscore the book’s theme of reconciliation.

A: A good deal of my research was just familiarizing myself with the scholarship that’s been done on Ukrainian nationalism and Polish-Ukrainian relations, since the history is so fraught and sensitive to this day.

A favorite source was a compilation of accounts of Ukrainians who gave their lives to protect their Polish neighbors against attacks by the Ukrainian Insurgent Army (UPA), put together by Poland’s Institute of National Remembrance.

And a helpful source specifically about the experience of Polish Ostarbeiter was Sophie Horodowicz Knab’s Wearing the Letter P. 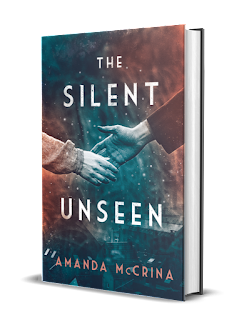 My most surprising discovery was the one that inspired the premise for the plot. It actually happened as I researched Traitor; both books take place in the same setting at around the same time, so I relied on many of the same sources. (In this case, the source was the late Ukrainian-American historian Stephen Rapawy’s The Culmination of Conflict.)

I was surprised to learn that in 1944, local elements of the Polish Home Army and the UPA, which had previously been fighting each other, made a truce and worked together in operations against the Soviet occupation force.

Having spent months at this point researching atrocities committed by the UPA against Polish civilians, and by the Polish resistance against Ukrainian civilians in reprisal, I couldn’t help but wonder about the basic logistics of how that truce could happen: Who made the first overture? How did they get the message through? What kind of pushback did they get from their own side?

These questions led me to imagine my own version of events in The Silent Unseen.

Q: The Booklist review of the book says, “Readers will no doubt be drawn to the Ukrainian element, given current events, and better appreciate that country’s situation in light of its history.” What do you think of that assessment?

A: As well trodden a topic as World War II is in historical fiction, I find that most readers are still very unfamiliar with the Eastern Front. But this history still has a profound influence on Eastern Europe today—on relations between Ukraine and Russia and Poland, on people’s own sense of identity.

And I strongly believe that to fully understand what Putin is trying to do in Ukraine, and why this war is existential for Ukrainians, we need to familiarize ourselves with the historical context. I hope my books can help in some small way.

A: I don’t really work from an outline; I discover the plot as I write it, and I don’t usually know the ending until I’ve reached it. I revise as I go, constantly updating earlier stretches of the manuscript to fit with a new twist I’ve just uncovered or a new discovery I’ve just made about a character. I tend to be a very slow writer for this reason.

A: I’m currently working on rewrites of my next novel, I’ll Tell You No Lies, due out from Farrar Straus Giroux BYR next spring. It’s a Cold War thriller about an Air Force intelligence officer’s daughter who gets entangled with a defecting Soviet pilot accused of espionage.

I’ve also just finished a first draft of a World War I novel about a young Austro-Hungarian noblewoman, a doctor’s assistant, who goes on trial for aiding two escaped enemy POWs.

A: I’m currently running a giveaway of my novel Traitor to raise money for humanitarian relief in Ukraine. Make a donation of any amount to Nova Ukraine, email traitor.giveaway@gmail.com with your receipt and a good mailing address (US only—sorry!), and I’ll send you a signed/personalized paperback copy while supplies last (I have about five copies left right now).