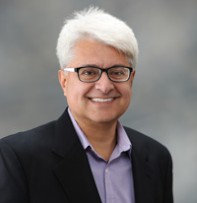 Peter Bakalian is the author of the new middle grade novel F.A.R.T., the first in a series called The F.A.R.T. Diaries. He has worked on various TV series and screenplays, including Curious George and Big & Small. He lives in Bradley Beach, New Jersey.

Q: What inspired you to write The F.A.R.T. Diaries?

A: My son. He turned out great, but like every new parent I was worried at the beginning.

Well, one night while driving home, I heard this commercial: “Parents! You can have a well-behaved child in less than 30 minutes. We know the secret. We’re scientists. Order the last parenting manual you’ll ever need!”

30 minutes? That’s it? I almost drove off a cliff. I couldn’t wait to pay these guys anything they wanted!

Then it hit me: what if my kid reads it? He’d know the secret. He could turn around and use it against me.  Luckily, I realized that this had to be hype. Got me to thinking though -- if this manual were real, what would it look like?

It would have to be a secret manual.  Not the way these loudmouths were going about it. Its authors wouldn’t be scientists; they’d be parents – an ultra-secret cabal of grizzled, kid-weary parents sharing every time-tested trick they ever knew.

And this secret society would need a name, something common that wouldn’t arouse suspicion - F.A.R.T (Families Against Rotten Teens). That sounded right.  If kids found out, who’d take them seriously about a thing called FART?

You couldn’t buy this manual, but one day a book may arrive in the mail. It may look like a cookbook, but its cover would disguise its secret content. Yes, F.A.R.T decided that you were worthy and sent you a manual.

And now you would be part of the vast parental conspiracy that your kids have suspected all along. You’d be in on it. And it would feel great ... unless your kids get a hold of it. In fact, one does. That’s what the book is about.

Q: How was the book's layout chosen, with the combination of text, illustrations, and graphics? 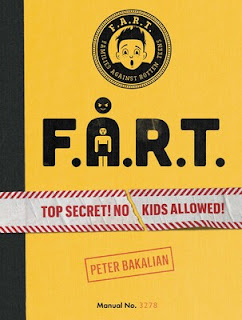 A: I was a reluctant reader growing up, so I try to put myself in that mindset as I write these books. I love the way memes get a point across with such economy. I grew up with Mad Magazine and National Lampoon and they excelled at that.

Part of the book is a manual, and I suppose the Boy Scout Handbook was an influence. Everything had to pass the FUNNY test, which was mostly my son. The art folks at Aladdin are wonderful. The book's cover is a hoot.

A: Regarding changes, Karen Nagel, my editor at Aladdin, is my essential second pair of eyes. Sometimes, what is going on in my head is not what's happening on the page, so thankfully she keeps me on track.

I have a pretty good idea how the story will end, but my characters don’t always cooperate. They behaved well in the first book, but as I complete the second one in the trilogy, they have ideas of their own.

Frankly, it’s great when that happens – all I have to do is write down what they say, but every now and then I have to remind them to get on with the story. Threatening them with the DELETE key does it every time.

A: A good laugh.  Kids are bombarded with the worries of the planet it seems, but they're not in a position to do much about it except worry. Laughter is the oil that keeps your brain chugging along smoothly so you can deal with the serious stuff.

A: Well, I’m polishing up Book Two and tweaking the outline for Book Three – the final in the series. I’ve got a lot of projects waiting to be written - mostly humor - but not the time to do them all. I shouldn’t complain. The alternative is writer’s block.

A: I’ll tell you a secret – I don’t know a parent who wouldn’t want a FART Manual, but I doubt they’d use it all that much. Every kid is different. Nothing works every time. I hope kids understand that their parents – at least the parents I know – try to get it right when it comes to raising them, but everyone’s human.