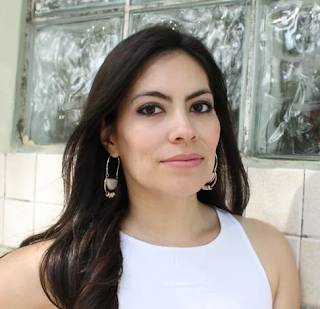 Natalia Sylvester is the author of the new young adult novel Breathe and Count Back from Ten. Her other books include the YA novel Running, and her work has appeared in a variety of publications, including The New York Times and Bustle.

Q: You've noted that Mermaid Cove in your novel was based on a real place. Can you say more about that, and about how you came up with your book's setting?

A: I lived in Gainesville, Florida, as a child, so we were close to Weeki Wachee, and it became a place I was so fascinated by, it was practically mythical in my imagination. Weeki Wachee is a natural spring and a state park in Central Florida, and it's also home to an underwater auditorium where professional mermaids perform choreography.

In writing Breathe and Count Back from Ten, I knew I wanted it to be about joy and the kinds of dreams and wishes we almost don't dare to indulge in, so of course that led me to mermaids!

And, because I moved around a lot as a child (and writing has always been one of the ways I explore the idea of home and belonging) it felt natural to set this story in the place where I've lived and grown. My previous books have all been set in previous places I call home: Lima, Peru; McAllen, Texas; and Miami, Florida. It was time for me to revisit Central Florida on the page.

Q: What inspired you to create your character Verónica, and why did you decide to include hip dysplasia as a theme in the book?

A: Like Verónica, I was born with hip dysplasia and had countless surgeries growing up. Even as a child, I was always trying to process what I was going through—body, mind, and heart—by telling stories.

Vero and I share so much in common; I wrote her not just for my childhood self that was trying to figure out who she was as a disabled Latinx immigrant, but from my childhood self. She's deeply rooted in me, but along the way, Vero grew into her own person, with her own passions, strengths, insecurities, and convictions. 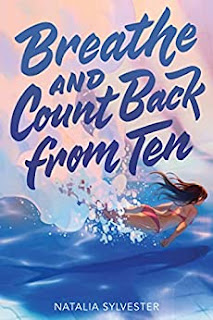 Q: The author Laura Taylor Namey called the book “A poignant and powerful story of a girl navigating tense family dynamics, the boundaries of a body she fights for, and a watery dream where everything collides.” What do you think of that description?

A: I'm so deeply honored by Laura Taylor Namey's words! Her books have always struck me for their emotional realness, and that honesty is something I strove for as I wrote this story.

I believe she captured so much of what I hoped would be evident in the book. Vero dreams of becoming a mermaid because in the water is where she feels most free—from the pressures of being a perfect daughter, from the shame she's internalized about her body—and so the story really is about her journey of self-love and independence.

A: I didn't know where it'd end...in fact, for a while there, I didn't know how it'd begin! I must've written four or five different first chapters before deciding on the one that felt right.

I think the book changed so much along the way because as I wrote, I was discovering what being a mermaid truly meant to Vero. It was always about more than getting a tail, of course. But was it about being seen? Was it about hiding? Was it about getting to tell her own story, on her own terms? All of those things only became clearer the deeper I got into the story.

A: A secret project and lots of rest!

A: It doesn't get mentioned as much, but this is also a story of first love. The way the relationship between Vero and her new neighbor, Alex, unfolds the summer before their senior year of high school is really sweet and tender, but it's also about setting boundaries and doing things on your terms. I loved writing them with all my heart.