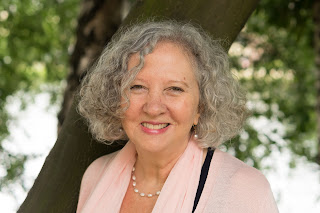 Robin Farrar Maass is the author of the new novel The Walled Garden. She lives in Redmond, Washington.

Q: What inspired you to write The Walled Garden, and how did you create your character Lucy?

A: I’ve been a voracious reader all my life and I’ve always dreamed of creating a reading experience that would enchant readers just as I’ve been enchanted by my favorite fictional worlds.

When I was 22, I went to England for the first time and fell totally in love with Oxford. I’d read Dorothy L. Sayers’s classic mystery Gaudy Night in college, and being in Oxford made me want to write my own novel set there.

Part of that was probably wish fulfillment—I was newly out of college and smitten with the idea of thinking (and writing!) great thoughts amongst the ancient stones. There was something about England that felt like home to me—and still does—in a way the small town in western Washington where I grew up never did.

The funny thing is, though I set out to write an Oxford novel, it turned out not to actually be about Oxford—except tangentially. Most of the action takes place in two fictional villages I created outside Oxford, Bolton Lacey and Bolton St. George.

The character of Lucy came from a dream I had more than 20 years ago about a young woman and an older English gentleman. I started writing about them, trying to figure out who they were, and the young woman eventually became Lucy.

I’ve always been drawn to stories of young women setting out to make their way in the world, like me at 22, naïve and hopeful, and both well-educated and completely ignorant at the same time.

In some ways, Lucy is that twentysomething version of me, in love with everything English and longing to study in Oxford and find her place in the world; and in other ways, she’s not like me at all. She’s much more impulsive and outspoken than I was at that time in my life—and even now, I wouldn’t mind being a little more like her!

A: I was totally delighted when it dawned on me that traveling to England could be considered research! My all-time favorite research experience involved living in college at Christ Church College, Oxford, for a week, studying English country houses.

That said, I did a fair amount of research on the Language of Flowers and ley lines, and also peripheral topics like life in England during WWII, French monasteries, Jaipur gardens and palaces, and various flowers and plants.

The thing that surprised me most when I was writing was how many times something I thought I’d invented turned out to be “true” or to already exist. 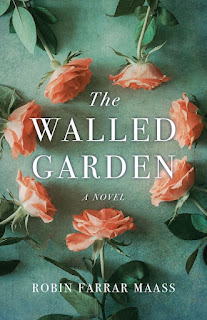 For instance, Elizabeth Blackspear’s garden is based on a lovely garden I’ve visited called Waterperry. It’s in the village of Wheatley, just outside of Oxford.

When I was creating Sam’s theory about the east-west ley line of Oxford’s High Street extending out to Bolton Lacey, I got an Ordnance Survey map of Oxfordshire and laid a ruler along that line and found that the line extended straight to Wheatley, the fictional site of Bolton Lacey!

I had several experiences like that which helped me feel like I was on the right track.

A: I definitely did not know how the novel would end before I started writing. I didn’t even know if it would be a novel! I went through multiple drafts of the first half of the book before I ever even got to the end, and then I rewrote the ending several times.

Part of this was due to my (foolish) reluctance to create an outline at the beginning—I had this idea it would take all the fun and surprise out of writing the book. Ultimately, I found out that wasn’t true, but unfortunately, it cost me a lot of time!

But I also think that I had to let the book teach me what kind of book it was, so that I knew what kind of ending it needed. Now I feel like it couldn’t have ended any other way.

Q: The writer Suzanne Berne said of the book, “Part literary mystery, part love story, part gently ironic send-up of both, The Walled Garden captures our American tendency to romanticize all things British, particularly lush gardens, eccentric poets, Oxford, and aristocrats.” What do you think of that description?

I’ve been in love with mysteries since I started reading Agatha Christie as a teenager (and Nancy Drew and Mary Stewart before that), and I especially love mysteries with some sort of link to the past, like clues in old letters. A.S. Byatt’s novel Possession was a definite inspiration when I started writing The Walled Garden.

I’m always curious about what life was like for people in other time periods, and I love the idea of modern characters trying to imagine their way into the lives of characters who lived in a different time, and possibly falling in love themselves along the way.

As far as Americans romanticizing all things British, I think that’s largely true—witness the popularity of shows like Downton Abbey, The Crown, and Bridgerton. Perhaps we all have a secret fantasy of being the lady of the manor!

Oxford is more personal for me—I fell in love with it when I was young, as I mentioned earlier—and I’ve been back many times. It’s been a lifelong love affair.

My appreciation for lush English gardens came later, when I had the space to try and create one of my own. (Yes, it’s a mess—somehow it didn’t dawn on me when I began that country houses employed armies of gardeners!)  And who doesn’t love a good eccentric poet, not to mention a sprinkling of English aristocrats?

Though I’m definitely poking fun at certain things along the way, I’m not sure if the book is truly a send-up. I hope it’s a light-hearted, comic, and fun read that gives readers a fictional vacation before they have to return to the real world, as heavy as that feels right now.

A: I’m about a quarter of the way into a new novel, also set in England, about an American artist who’s been married to a Brit for 10 years when she discovers that he’s been unfaithful.

Seeking a fresh start, she moves out of London to a cottage in the countryside where she finds a cache of letters and diaries from a young woman who was evacuated there during WWII. This discovery launches her on a quest to find out who the people in the letters were.

There’s a mystery about some paintings that were done during the war that have disappeared, and an abandoned summerhouse that the artist claims as a studio, even as she wonders if she’ll ever paint again. There’s also a bearded estate manager—and she hates beards—who keeps popping up when she least wants to see him!

A: I just want to say thank you, Deborah, for inviting me to do this guest post—it’s been so fun!

I’d also like to say how grateful and how impressed I am with the online book blogging community. I really had no idea there were so many talented and passionate booklovers out there writing about and showcasing books, and helping debut authors like me get the word out about our books—just out of the goodness of their kind hearts. Thank you all so much—you are my people!