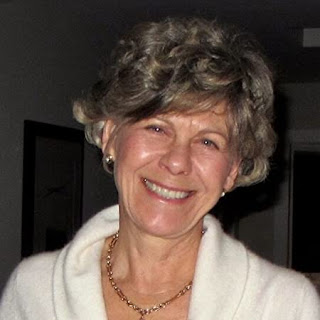 Barbara Evans Kinnear is the co-author, with her late father, Colonel Richard Ernest Evans, of the book "Richard Eager": A Pilot's Story from Tennessee Eagle Scout to General Montgomery's "Flying Fortress." It tells her father's story, including his military service in World War II. Kinnear was director of nursing at the Santa Barbara Medical Foundation Clinic, and she lives in Santa Barbara, California.

Q: How did you end up working on this book about your father's experiences?

A: Throughout my childhood, my brother and I would listen to our father’s accounts of his flying and travels. In my adulthood, his stories took on greater detail as he revisited memories and friendships long past and recounted his childhood and upbringing with fondness. He was a wonderful storyteller.

So, in the early 1990s, with the encouragement of his family, retired Colonel Richard E. Evans began to set his memories down into writing. Though he endeavored to have his book printed by a publisher, he never found that person. Age caught up with him and he died in 2006. I vowed to publish the book in his honor with the help of family.

Q: Did you need to do much research for the book, and if so, did you learn anything that especially surprised you?

A: In a California wildfire in November 2008, my home burned to the ground, and the most recent drafts of my father’s 21 chapters vanished with our home. It was a devastating loss. How was I going to publish my father’s book?

In early 2009, while cleaning out a small storage unit that belonged to my father, my daughter and I found a treasure trove of earlier drafts, original photographs, letters, military reports, etc. A small selection of intact chapters provided a basis for hope.

And to fill in the gaps, we tracked down countless manuscripts that had been shared amongst extended family over the years, searched museum archives such as the renowned Imperial War Museum, London, and others, and hired researchers to find my father’s original flight records and Army Air Corps personnel files.

During extensive research, I did come upon a big surprise. My father was British 8th Army Commander, General Bernard Montgomery’s B-17 pilot during the summer of 1943. The plane, Theresa Leta, was loaned to Montgomery (“Monty”) by General Eisenhower as a payment for a controversial bet.

While exploring the Imperial War Museum’s archives I found another Evans who was lauded as Monty’s B-17 pilot. My father was not mentioned. All this time, I thought my father was the only pilot for the general’s special B-17. This was a shock. I felt that I must find the other Evans pilot and confirm dates that each Evans flew for the general. 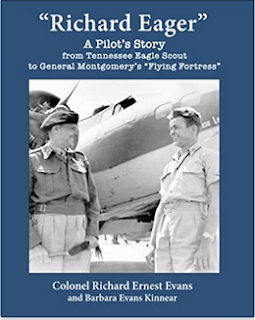 Another surprise was found in the US Air Force Historical Office archives, Joint Base Anacostia-Bolling.

A dedicated military librarian discovered a paper titled, Special Account, “… the night of May 3, 1943, was one to live long in the memory of the 99th” This was the official report of a horrific mission and a “tale of heroism, courage, and death.” This report was the authentic story, which supported my father’s Chapter 2.

Q: What impact did it have on you to work on the book?

A: To bring my father’s book to publication and now to distribution was and is a huge personal and emotional challenge. I am a retired RN, and my knowledge base is mostly science and medicine, though I love history. The process of researching to support facts within the book pages and adding material, photos, and rare documents, was extremely exciting, but also daunting.

Something I will always be grateful for is the generosity of others to share what they know. I met, in person or by phone, relatives of the men who flew with my father.

Q: What do you hope readers take away from your father's story?

A: This book covers a momentous time in American history. It is the story of a young man, his journey from Tennessee to play a role in the terrifying WWII. He was a bomber pilot of the mighty B-17 “Flying Fortress,” flying 54 missions over North Africa, Italy, and one mission in the Western Pacific Ocean.

It is the story of how he experienced the war… his responsibilities, his fears, and the people he met along the way. He described lessons of perseverance, hope, and honor.

His beautifully told stories will give the reader new and valuable insight into some of the larger-than-life WWII personalities: General Montgomery, General Patten, General LeMay, 99th BG Commander Colonel Upthegrove, and others.

A: As authors know, bringing a book to print and distribution is time-consuming and complex. The help of skilled assistants is needed. Once the book is finished and “goes live” there is no rest.

What I am working on now, with the help of my publicist, is to bring "Richard Eager": A Pilot’s Story from Tennessee Eagle Scout to General Montgomery’s “Flying Fortress” to the readers in this world, or at least the United States.

This year is the 75th anniversary of the US Air Force. I hope that veterans and their families will read Richard Eager and be encouraged to write their stories.

A: Colonel Evans held in very high esteem the work that the ground crews did to maintain the planes, and provide for the aircrews and the entire support systems that brought success to the Allied forces during WWII.

There was tremendous trust for the ground crews. They were the ones who packed your parachute, and spent all night in the rain, wind, dust, heat, and cold to repair a bomber so it could fly the next morning to a dangerous bombing mission… and return!

All the book proceeds are going to the Colonel Richard Ernest Evans Memorial fund, which provides education grants for Air Force families. Organized and distributed through the Air Force Aid Society (AFAS), endowments such as this provide thousands of college students with education support each year.

The Colonel Richard Ernest Evans Memorial Fund has been established through the generous donation of family, friends, and so many more who would like to find a way to give back to our brave Airmen and Guardians. Colonel Evans (nicknamed “Richard Eager”) would be very pleased. I can see him smile now.