Caitlin Barasch is the author of the new novel A Novel Obsession. Her work has appeared in a variety of publications, including Catapult and Day One. She teaches creative writing at The Writers Circle, and she lives in Brooklyn.

Q: What inspired you to write A Novel Obsession, and how did you create your character Naomi?

A: Several inspirations coalesced to create this novel! Because I've spent a regrettable amount of hours on social media over the last decade, I knew I wanted to explore the toxicity of how we compare ourselves to others online (and offline).

So I set out to interrogate an insecurity nearly everyone I know relates to: a fear of inadequacy, of what we think we might lack, which feels especially potent when it comes to idealized notions of our romantic partner's ex-lovers.

This fear can permeate our professional and personal lives, but instead of being paralyzed by it, Naomi, my protagonist, acts on impulse, indulges her obsessions, and flouts certain social mores in an attempt to understand herself and others.

In creating her, I kept escalating—in each new scene or chapter, I wanted to up the ante and make her behavior increasingly erratic. I also wanted to explore how we narravitize our lives on the page, and in our social media posts, to project a more interesting version of ourselves.

A: Other than knowing it all needed to blow up in Naomi's face, no, I had no idea! Two weeks before my MFA graduation I actually had emergency office hours with my thesis advisor, where we brainstormed potential endings, so when we finally agreed on this one, I practically sprinted home to write it.

It felt right, somehow. I wrote it all in one night, and made just a few essential revisions over time—since Rosemary wasn't a writer in the first draft, the Vogue essay was a last-minute critical addition. 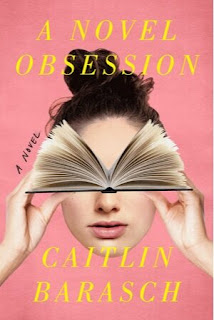 Q: The writer Raven Leilani said of the book, “This book is a ride. An unruly study of fixation, performance, and the exquisite agony of anonymity.” What do you think of that description, and what do you think the book says about identity, writing, and anonymity?

A: My book has indeed been described as a "wild ride" by dozens of readers thus far, so it's an accurate description. Writing is of course a huge component of this book, and often serves as wish-fulfillment. Writers enact on the page what isn't possible in real life—our darkest impulses, our loftiest fantasies—though of course the line between fiction and reality ultimately blurs, leading to Naomi's downfall.

As for anonymity, while of course the book acknowledges how easy it is to hide behind fake accounts in the age of social media, I think it's also tied to how we write. Naomi's cloak of anonymity allows her to act as a sponge, constantly observing and absorbing—and yet, by choosing to write it all down, she also seeks some kind of recognition, hence the "agony of anonymity"!

A: I wish I could take credit for the title, but I can't! My working title, "A Special Skill," wasn’t quite right, so immediately after the book sold, my agents, editor, friends, family, and I came up with a long list of possibilities—an exciting but harrowing process! The whip-smart team at Dutton suggested A Novel Obsession, and it just clicked. I love its double meaning.

A: Several short stories and the beginning of a new novel. I don't want to jinx it, so I won't go into any more detail!

A: I love how many different kinds of readers have picked up A Novel Obsession so far—a testament, I think, to how my book straddles genres, and how alluring the cover is!

I do feel compelled to tell readers not to expect a straightforward romance or thriller—there are elements of both, but the book is best described as a darkly comic and suspenseful character study (that also happens to have a page-turning plot!).