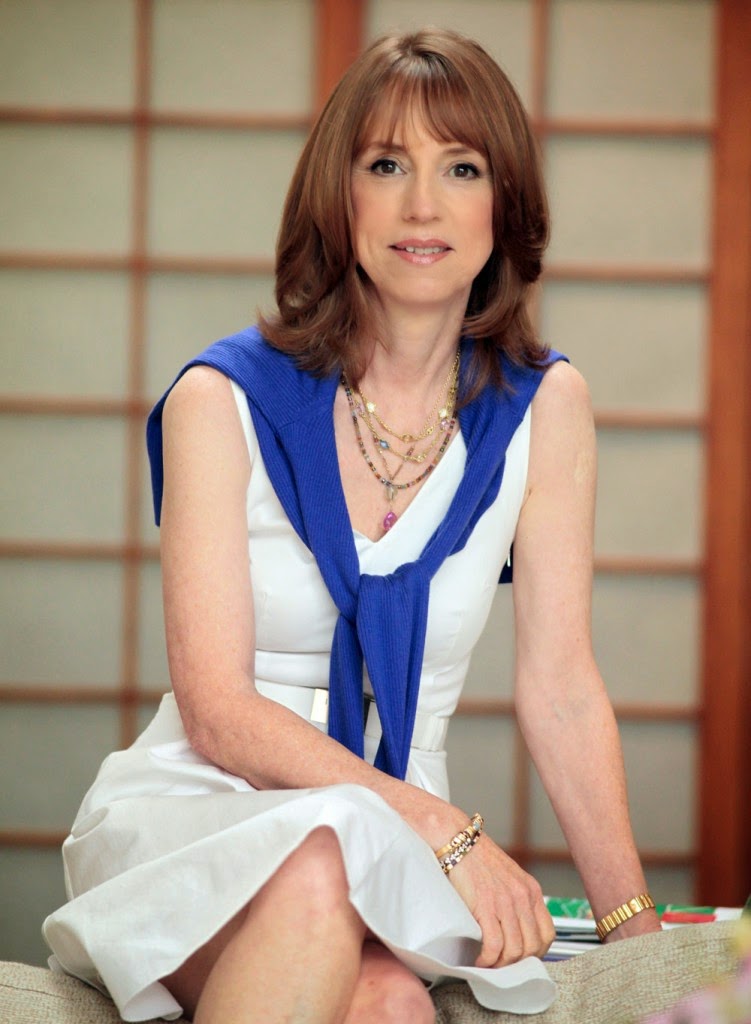 Lisa See is the bestselling author of nine books, including the just-released novel China Dolls. Her other books include Snow Flower and the Secret Fan, Dreams of Joy, Shanghai Girls, and Peony in Love. She is based in Los Angeles.

Q: How did you create the characters of Grace, Helen, and Ruby, and did you feel closer to one than the others as you worked on the book?

A: Many of the girls’ characteristics and even their stories come from actual Chinese-American performers. Dorothy Toy, for example, was considered to be the Chinese Ginger Rogers, yet she was actually Japanese. Her experiences in Hollywood during World War II inspired some of what happens to Ruby in China Dolls.

The character of Ruby is also modeled on Noel Toy, who was the Chinese Sally Rand. I used to run into Noel occasionally at the end of her life. She was such a character!

One of the things I loved about the women that I interviewed was that they were so completely different from other Asian-American women in their late 80s and early 90s that I’ve ever met. They had the physical characteristics for their ages and stations, but they sounded like old Broadway broads. I loved that, and I really tried to capture that spirit in Ruby’s character.

Most—by that I mean nearly all—of the young Chinese-American women who performed in nightclubs in those days were not from Chinatowns.

Many of them came from the Midwest, where they were the daughters of the only Chinese family for miles and miles around. Their parents had broken the mold by leaving Chinatown.

Their goals, for the most part, were to break away from traditional Chinese culture and traditions, and to assimilate into American life. They wanted their daughters to do everything that the other little girls in their small towns did: roller skate, take tap dancing classes (so they’d be like Shirley Temple), and participate in school plays and pageants. 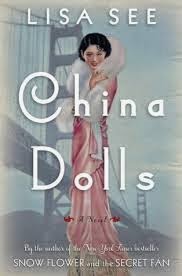 Girls raised in Chinatown would never have been allowed to do those things, let alone perform in a nightclub. So Grace is based on those experiences.

But she’s also very much formed by her association to Plain City, Ohio. My longtime editor, Bob Loomis, grew up in Plain City. As we edited various novels over the years, he would talk about Plain City and what it had meant to him in his life.

It seemed ideal in many ways, and yet there was also an undercurrent of prejudice, as well as a desire to get out, which he himself did.

Bob is now retired, so having Grace come from Plain City gave me an excuse to talk to Bob pretty regularly. He was also an airman during World War II and that information came in handy too in creating Joe’s character, which gave us even more reasons to chat.

Last but not least: Helen. As I’ve already said, girls who’d grown up in Chinatown didn’t perform in clubs. I thought it would be interesting to see what terrible set of circumstances would have to have occurred for a young woman from a good Chinatown family to work in a club. 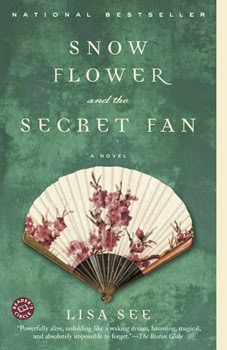 By happenstance, I met a woman who’d grown up in a traditional Chinese compound in San Francisco Chinatown with her parents, grandparents, all her aunts and uncles and their families. What happens to Helen in the compound has nothing to do with the woman I met, but I did get great details about what that life was like.

I always do a lot of research, and I truly believe that fact is stranger than fiction. The key, it seems to me, is to take those stories that seem too fanciful (or heartbreaking or coincidental) to be real and then noodle with them until they seem both logical and organic to the story.

For example, when I interviewed Mai Tai Tsing, I asked her to name her favorite costume during all the years she performed. She answered, “I loved my gown made out of fifteen yards of monkey fur imported from Hong Kong.”

I never could have made that up, and it’s one of those things that seems unbelievable and also totally politically incorrect by today’s standards.  By the time that gown appears in the novel, it feels absolutely appropriate. 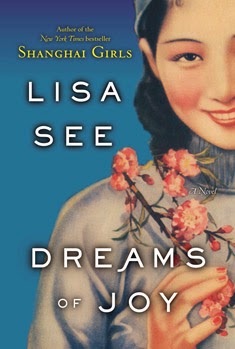 Do I feel closer to one of the girls? That’s like asking which of my children I love the most! It depends on the day! And of course I love them all equally but in very different ways.

Q: What more can you tell us about your research for this novel?

A: I did all kinds of research—on fashion (a lot just on undergarments), makeup, costumes, dance styles, music, movies, nightclubs, popular drinks, how people traveled, what it was like for Asian-American entertainers to arrive in a town that had never seen an Asian before.

As I already mentioned, my old editor was an airman, so he was able to explain in detail how someone like Joe would proceed through his air training.

My family knew a lot of people of Japanese descent, so I grew up hearing stories about the camps—Manzanar and Hart Mountain in particular.

But I also found oral histories given by people who’d been interned at Topaz. I interviewed Trudy Long, who described to me what it was like to arrive at a camp in a blinding sandstorm, how she wrote to anyone she could think of to help her get out, and how Lee Mortimer—a night crawler for the New York Daily News—eventually sponsored her to come to New York, where she went to work at the China Doll nightclub as one of “Lee Mortimer’s China Dolls.”

While the rest of her story bears no resemblance to Ruby’s plotline, I was able to use wonderful details that only Trudy would have been able to give me. 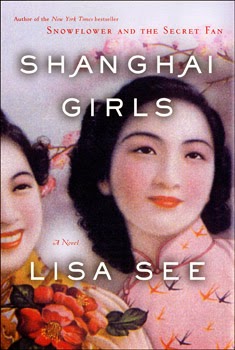 Q: Did you have an idea of how the story would end before you started writing, or did you change the plot as you went along?

A: I always make a thorough outline, and I tend to follow it pretty closely. But you know how it goes. Sometimes a character takes on a life of its own. He or she wants to do something entirely different. Or sometimes you look at a chapter and think it would be better in another spot.

China Dolls actually went through more large-scale changes than I usually have. Originally, I wrote the novel entirely from Grace’s point of view, but the other girls longed to be heard on their own. Originally, the last chapter was the first chapter, so that the whole novel would be told as a reminiscence. Originally, there were three chapters just about Grace in her hometown. All of that got cut when I decided to have three voices.

Then, when I came to the end, I still really wanted to know what happened. So I pulled out that original first chapter, tinkered with it a bit, and now it’s the last chapter.

What I’m saying is that the overall plot remained the same, but Helen and Ruby’s voices really called to me…and then I still wanted that other material. What’s that saying? The end is a new beginning? In this case, the beginning was the new ending. 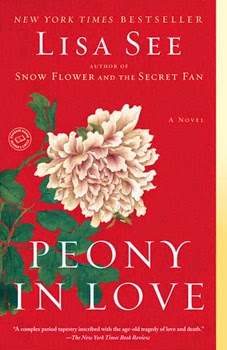 Q: Your characters faced many varieties of prejudice, as well as sexism. How did the three characters' reactions differ from one another, and how were they similar?

A: This sounds like a book club question and one that might be best discussed by readers than by me. I’m going to try to answer this like it’s a lightning round.

Prejudice:
Grace:  Considers it a fact of life.
Helen: Gets indignant. Thinks she’s better than anyone else anyway.
Ruby: Boys!
Sexism:
Grace: Doesn’t understand her own beauty and is afraid of being taken advantage of.
Helen: Hardliner on anything to do with sex.
Ruby: Boys!

A: I’m writing this on a plane to China to do research for the next novel. It’s funny how ideas come to me and how they percolate for a while—sometimes years—before they become something tangible. 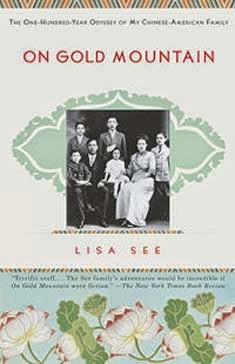 About four years ago, I was walking on the Santa Monica Promenade when I spotted a Chinese girl of about 15 walking between her white (elderly) adoptive parents. She had a long ponytail that swished from side to side. She was looking all around, soaking up the world, and I felt a vibe coming off her: I am beloved by all.

For whatever reason this got me to thinking about the nature of Chinese fox spirits and how they can be naughty and cause a lot of havoc or bring love and magic into people’s lives.

Then, about a year ago, I tasted pu’er tea for the first time.  This tea is unlike any other tea in the world. It comes from the Six Famous Tea Mountains in Yunnan and it grows on trees instead of on cultivated bushes. (Some of the trees are thousands of years old, although most are between 200 and 800 years old.) It’s also the only tea in the world that’s fermented, and it increases in value—like wine.

So…the new novel will combine four main elements—pu’er tea, biodiversity, fox spirits, and adoption—to create what I hope will be both my deepest mother-daughter story and my most romantic story yet.

I’ll know a lot more once I come home from China, but I can tell you that right now I’m at the stage where I often wake up in the middle of the night and think, Oh, this has to happen, and then I get up and write it down. For me this is the fun part—when I get to blend research with my imagination. What if…