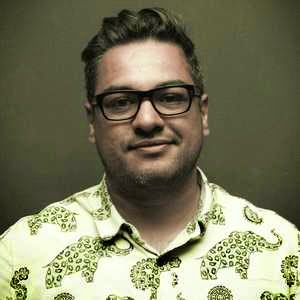 Nikesh Shukla is the author of the new novel Meatspace. He also has written the novel Coconut Unlimited and the food novella The Time Machine, and co-written the nonfiction essay Generation Vexed: What the Riots Don't Tell Us About Our Nation's Youth. He is based in London and Bristol.

Q: How did you come up with Meatspace's main character, Kitab?

A: Kitab is Swahili, Arabic and Hindi for book. I wanted someone in stasis, someone who was consumed by static, someone who needed a strong kick up the arse to pull him back into living his life.

He's a cypher for me. I was suffering from writer’s block. My mum passed away around the time of the publication of my first book and I wasn't doing great. Kitab is what would have happened if I'd embraced the darkness. 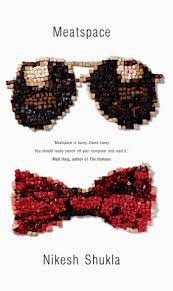 Q: The book focuses on the boundaries between the online world and its real-life counterpart. What do you think is a good balance between the two, and is it getting more difficult to achieve?

The two differences between MAWCDBAVOAGIB (that’s short for Multi-award-winning, critical darling, beloved bestselling author, voice of a generation, internet bore) MAWCDBAVOAGIB Jonathan Franzen and me is, I’m not afraid of the internet. I embrace it. I love it. 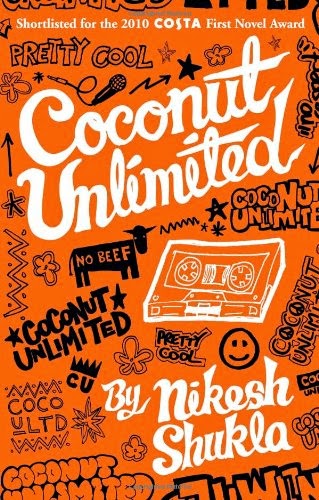 I love wasting time on the internet. I love Wikipedia. It is the fountain of all useless knowledge. I have never once used it to research anything serious. I have used it to find out if the Hollywood actresses I have a crush on are currently seeing anyone.

The thing about the internet is this – when framing it alongside your life as a writer in a plugged in world – it’s unavoidable. Trying to go off-grid to write your novel is a worthy and faintly pointless task. I think, we often fantasise about the writing process, almost fetishise it, more than we do actual writing.

We think it’s all late nights with quills or typewriters and a cup of coffee, or whisky, hammering away, in the zone, in constant dialogue with our muse, distraction-free and able to concentrate. 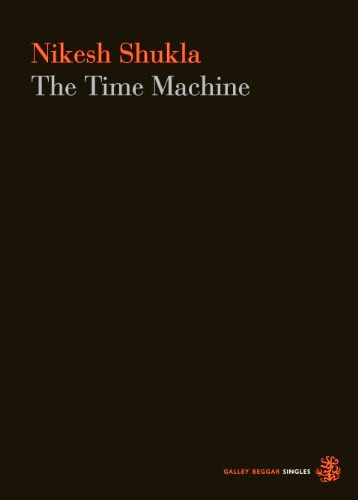 I treat the internet functionally and pragmatically. It’s a tool to help me. And if I compartmentalise it as such I can TCB. Take care of business.

Q: Another theme is the constant self-promotion that authors are encouraged to pursue. How does Kitab deal with that, and how have you experienced it yourself?

A: I like attention so I'm happy to be an idiot online. Same with Kitab. I think the constant self-promotion is less a theme and more a construct for stasis and laziness. This is a universal tale about choosing life not heroin, like Trainspotting or the internet, like Meatspace. A: I think Colson Whitehead is one of the greatest novelists around at the moment. As is Teju Cole. And Junot Diaz. Also, my peers JoeDunthorne, Evie Wyld, James Smythe and Rebecca Hunt keep me wanting to be better.

A: The colour orange appears in my work a lot.