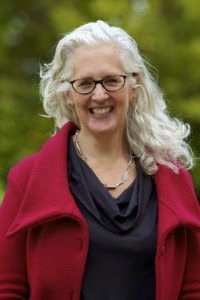 Kate Pullinger is the author of the new novel Landing Gear. Her other books include The Mistress of Nothing and A Little Stranger. She is a professor of creative writing and digital media at Bath Spa University, and she lives in London.

Q: Landing Gear was inspired by a real incident. How did you combine the real and the fictional to create the right mix?

A: I'd been fascinated by the stories of airplane stowaways for a long time, but always knew I'd write a novel, not a work of nonfiction.

For me, one story leads to another - so if Yacub is the stowaway, who is he, what was he doing before he climbed up those airplane wheels? And if he lands on someone's car - who is that, and what is their story - and onward.

My novels are often based on true stories or incidents in some way - my last book, the historical novel The Mistress of Nothing, was also based on a true story. 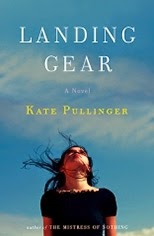 Q: Flight is a big theme in the book. Why did you set a section of the book in 2010 when air travel in parts of Europe was shut down because of the erupting volcano in Iceland?

A: The research into airplane stowaways led me to think about flying in general. I live in London, England, where Landing Gear is set, and the airspace shutdown really was an extraordinary time in London - the absence of the planes was remarkable in so many ways. It made sense to draw these two 'flying' stories together in some way.

Also, the shutdown occurred while I was at the early stages of writing the novel so it fed directly into the writing that way.

Q: You also have a related digital fiction project, Flight Paths. How do the two fit together, and did you start out with one and move to the other, or work on them simultaneously? 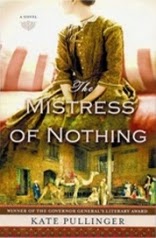 A: Flight Paths was the first version of the story - Chris Joseph and I created the first five of those digital stories in 2007-8.

But I always planned to write a novel as well - for me the story was so rich with ideas and themes and subplots - the kind of material only the novel can deal with effectively. So, the work on Flight Paths fed naturally into the writing of the novel from 2009 onward. 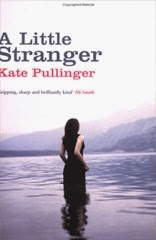 A: Many many many writers and books!  For this book, Landing Gear, one of the books that helped me the most in thinking about how to approach my story was Jennifer Egan's A Visit from the Goon Squad. I found the structure and layers of narrative in that novel so inspiring.

A: I've started a new novel, a novel that spans most of the 20th century, that is set in an area of British Columbia, Canada, the Okanagan Valley, that my mother came from. So a kind of fictional version of some of my family history - which is new territory for me!

A: I'm a Canadian who has lived in London, England, for many years...