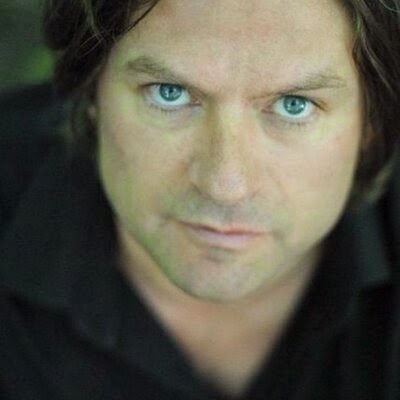 Ian Thornton is the author of the new novel The Great and Calamitous Tale of Johan Thoms. A native of Yorkshire, England, he lives in Toronto.

Q: How did you come up with the idea for The Great and Calamitous Tale of Johan Thoms?

A: I read an article in a Sunday newspaper, The Observer I think, in England back in the early ‘90s about a young man in Sarajevo who left college one Friday evening and by the time the weekend was over, he had set in motion a chain of events, which has affected the lives of everyone on the planet today.

Many great men spend their lives trying to alter a city block, and here was one young chap who just wanted to be left alone for the weekend and drink coffee and read books, maybe a newspaper, but instead set fire to the 20th century. By mistake, for God’s sake.

That is powerful stuff. Imagine the turmoil, the horror of dealing with that.

This kernel always stayed with me, and when I decided I was going to write, there was never any discussion in my mind that this would be my subject matter. I guess too, in hindsight, there may have been some sub-conscious mirroring of events with those in my own life.

I too had made some rather stupid decisions, and was running away from them. Maybe I empathized with this poor boy more than I realised at the time. 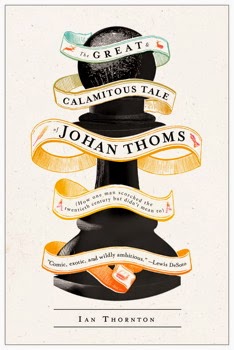 The grandfather character, Ernest, is pretty much an absolute (the only one in the book) of my own grandfather as well, with his background of twinning towns, conducting the London Symphony Orchestra with Sir Thomas Beecham and the armoury of his supposedly tall tales.

Therefore it seemed like a smart move to incorporate this truth into the opus, for it offered a sturdy spine.

A: I lost my mind. I experienced guilt, blame and regret. I became delusional and ran away. I lived Johan's life, but I did it ex-ante and unintentionally, but I guess it was still research.

I found redemption in writing and young children, and the astonishing rebooting-of-the-soul power of a lengthy gaze in the unjudging and pure eyes of my baby boy.

Handled correctly (and to continue the clumsy technology analogy), this exchange of a deep stare into the blue depths of my own DNA can wipe the memory of a very corrupt machine, leaving me with a factory setting and only the vaguest notion of having lived a degenerate and deviant past.

In a less dewy-eyed and less sickly long haired poet’s answer, I also lived in Sarajevo, London, drove the drive through Europe, spent time at Land's End in Portugal, as well as on the Somerset coast where my late father spent his summers fishing in the Bristol Channel.

The south of France, Paris, the Pyrenees and the scrubland of Spain; I am bloody lucky enough to know all these places very well.

Q: This year marks the 100th anniversary since the start of World War I. How much do you think people know about that war?

A: I think we all know far too little. Last week was D-Day and the spike in consciousness was heartening but only highlights the nadir of awareness and appreciation for most of the planet and for most of the time.

I am all for a protest-vote given the insipid and unctuous morons who hold office, but if you’re going to protest, at least vote green for Christ’s sake. Saving the planet and making money are not mutually exclusive, and Wall Street is likely to be under water before most places in the States. How ironic is that?

One hundred percent of Dutch trains are run on renewables. Green power in Germany recently spiked at 74 percent of total consumption. These are planet-saving numbers. And are Greenpeace’s.

Having children brings this into sharp focus. Simply remove the energy issues and the reason being most wars is removed.

Every school kid should go to the war graves. Mandatory. What happened in both world wars and beyond simply cannot be forgotten. It cannot.

Who’s had the most profound effect on me? Pressburger by a Hungarian country mile. And it is actually from film where most influence has come.

I had until very recently a quite unique, pompous and verbose uncle in England, who a) provided the inspiration for certain characters and an underlying obsidian comic tone and b) introduced me over the years to the rich and vibrant arena of mid-century cinema; the worlds of Charles Laughton and David Niven, Bette Davis and Sydney Greenstreet.

Along with the films of Mankiewicz, Powell and Lean, these tours de force formed the bedrock of Johan’s century.

So I would say that Johan is the deviant offspring of Big Fish, The Life and Death of Colonel Blimp (for me the greatest screenplay and film of them all), Withnail & I, The Fisherman and His Soul and The Illywhacker.

A: A modern day A Clockwork Orange called Pedophobia.
Claude Rains is haunted by the murder of his young son, Clarence. He is blighted by melancholia and an obsessive and spiralling fantasy world of classic movie characters and noir plotlines.

He can no longer write his decently-selling children’s fairy tales, but instead he sees the sadness of the streets of his London being meekly handed over to gangs and young thugs, only 60 years after Hitler was denied it by a generation of unflinching heroes.

Claude’s oldest friend, Cameron T. Littlejohn, is running for high office in Westminster; a Tory politician with a military background and phenomenal drug, alcohol and sex addictions. He splits his time between his Oxford constituency and his Los Angeles hillside mansion, where he spends his family’s dubious wealth on parties and prostitutes.

His cover for the bacchanalia is the Watts Cricket Club; a redemptive and altruistic endeavor, which entices at-risk kids off the perilous streets, out of unforgiving gangs and tutors them in survival through the Zen dance of the summer game.

Hampered by his own public esprit d’escalier, but inspired by Angela Lansbury’s malicious and supremely manipulative character from The Manchurian Candidate (1962), Claude identifies and then adopts the role of the mouthpiece and puppet-master of his politician friend and with stunning success.

A: I’ve always been delighted in splitting an audience. I’ve been lucky enough to please those readers whose opinions matter to me. Remember Wilde’s line in his manifesto preface to Dorian Gray, "When the critics disagree, an artist is in accord with himself.’’

To have the publishers behind it I have and to know that it will soon appear in several European languages and is now out on five continents gives me such a thrill. I hope we might soon finalise a film deal for the project too.

Perhaps the biggest kick was when I heard it would be an official HarperCollins nomination for the ManBooker. I know it isn’t a big deal for the industry until the short list, but for a writer, it is the stuff of dreams, especially with competition for slots so much hotter this year with American novels included.

Despite all the international acclaim, there is still no U.S. deal. A premium brand of a major publishing house did offer to publish if the ending were different. The ending remains the same.

So the dream continues, and it culminates in my mind at the Oscars. On the stage.