Jean Kwok is the author of the new novel Mambo in Chinatown. Her first novel was the bestselling Girl in Translation. She lives in the Netherlands.

Q: How did you incorporate your own experience as a ballroom dancer into Mambo in Chinatown?

A: I loved being a professional ballroom dancer in between my degrees at Harvard and Columbia and always wanted to write about it.

As a beginner, I needed to learn everything and I enjoyed having my heroine Charlie go through the same process. I met so many interesting people in the ballroom world that it was easy to populate the novel with characters.

In the process of writing Mambo in Chinatown, I re-entered the professional ballroom dance world for research. It was very fun – and challenging – to train to dance a routine at the professional level again. That piece was filmed and can be seen here.

Q: Why did you choose mambo as the dance for your characters? 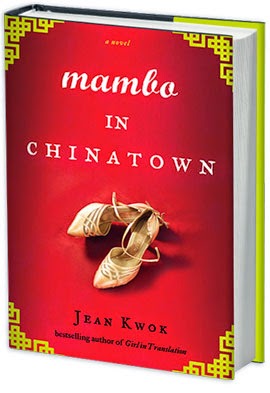 A: I wanted a dance that would be challenging yet rewarding for my characters. Mambo is one of the most difficult dances and I remember that at professional parties, when the pros let their hair down, we almost always danced mambo.

Furthermore, the street form of mambo is salsa, which is a dance that has so much power, not only throughout Latin America but in Spanish Harlem in New York City, for example.

In this novel, I wanted to talk about Chinatown, and about the ways in which those ethnic areas form their own small worlds. Mambo was the perfect way for Charlie to cross those boundaries and enter a place like Spanish Harlem.

Q: Medicine, both Eastern and Western, plays a big role in this book. Why did you select that as something to focus on?

A: When I was working as a professional ballroom dancer, my father was ill. My family believed in treating him exclusively with Eastern medicine while I fought to get him to a Western specialist. In the end, my father died undiagnosed. I suppose it was inevitable that these themes would re-emerge in my book about ballroom dancing.

I find the ways in which Eastern and Western medicine both clash and harmonize fascinating, since there are many areas in which the two types of medicine can learn from each other, just as each type of medicine has its own pitfalls. 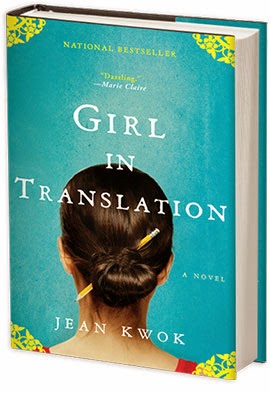 Q: What do you see as the similarities and differences between your new main character, Charlie, and Kimberly from Girl in Translation?

A: At first glance, Charlie seems to be the opposite of Kimberly in many ways. Kimberly has a gift for school while Charlie doesn’t believe she has a gift for anything. Charlie has always been in the bottom half of her class, not failing out in spectacular fashion, but one of the many poor students in our school systems. To make things worse, Charlie is clumsy at home as well, and works as a dishwasher in a Chinatown noodle restaurant.

However, on a deeper level, both Charlie and Kimberly are strong, hardworking, courageous women who discover who they truly are in the course of the novels.

When Charlie lands a job at a ballroom dance studio, a whole new world opens up for her. As she discovers her own individual talents, like Kimberly, she also finds the courage to fight for what she believes in and loves.

By the way, Kimberly makes a tiny appearance in Mambo in Chinatown, along with a mystery love interest.

Q: Are you already planning your next novel?

A: I’ve already started writing my next novel! It’s a story of grief, rebirth and moving to Europe.

--Interview with Deborah Kalb. For a previous Q&A with Jean Kwok, please click here.
Posted by Deborah Kalb at 7:31 AM