Celeste Ng is the author of the new novel Everything I Never Told You. She teaches fiction writing at Grub Street, and she lives in Cambridge, Massachusetts.

Q: How did you come up with the idea for Everything I Never Told You?

A: The story grew from an initial image: a girl plunging into the water. I started writing to try and figure out what had led up to that moment—did she jump in, had she slipped, or had she been pushed?

As I wrote, the girl became a specific person, Lydia, the main character of the novel. I started writing her life as it had been before she fell into the water, going back all the way to her childhood, and in doing so I started to learn about her family, their backstories, their history, and the secrets that this family was keeping—everything that combined to bring us to that moment.  A story is never really just about one person.

A: The 1970s was such a period of change, when a lot of the issues that the characters face were really highlighted. Interracial couples were much less common then, so the fact that James is Chinese and Marilyn is white would have been much more striking.

In that time period, Lydia would have had many opportunities career-wise that wouldn’t have been open to her mother in the 1950s—how could that not cause some intergenerational conflict? 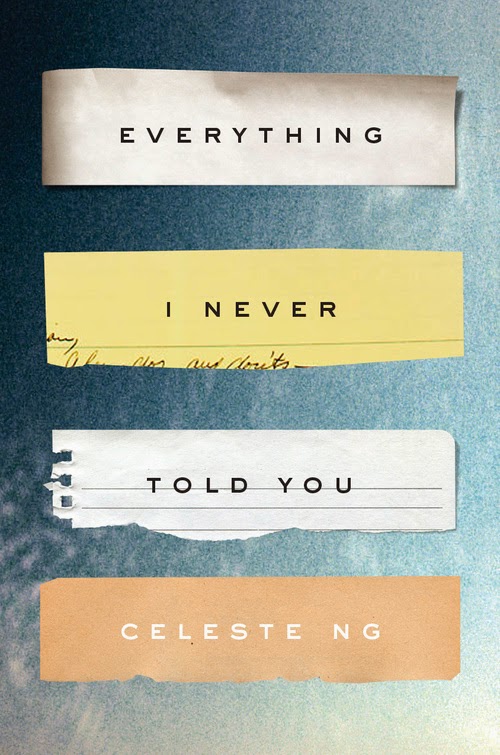 And then there were practical reasons as well: in some ways, it’s harder to go missing and harder to keep secrets today. We can track people by their cell phone data or check their computers to see what they’ve been looking at online. We can look at ATM or street cameras to find out where they were last spotted.

I wanted to set the story in a time before cell phones, before the internet, even before answering machines, so the characters would have to face that yawning information gap.

Q: Did you know how the book would end before you began writing, or did you make changes along the way?

A: I knew the basic plot of the novel from the beginning, in terms of major events in the story. The overall arc of the story stayed constant throughout.

But the novel did change quite a bit as I went through drafts. In a very early draft, for example, Marilyn had a nervous breakdown as she struggled to balance her dreams with her role as a wife and mother.

But that felt a bit cliché—plus, I also wanted her to take action, rather than passively accept her situation. So in the final version of the book, she takes a very different approach to her frustration with her life.  It makes her a more complex character, as well as a more interesting one.

A: So many. Arundhati Roy’s The God of Small Things knocked me off my feet the first time I read it. I’d never seen anything like it—the language and the structure and the intensity of it—and I read it again every year or so, in part or in whole. Ann Patchett is a hero of mine, both for her writing and for the work she’s done to promote bookstores.

And there are a lot of classics I return to both to study as a writer and to enjoy as a reader: To Kill a Mockingbird, The Catcher in the Rye, The Great Gatsby, Beloved.

A: I’m working on another novel, which is set in my hometown of Shaker Heights, Ohio, a suburb of Cleveland. It’s a lovely and beautiful place, very consciously racially integrated, and was a wonderful place to grow up—but it’s also a very strictly regulated place, with firm rules about everything from what color you can paint your house to where you can put your garbage on garbage day (hint: not on the curb!).

I won’t say much more about it than that because I’m superstitious about talking about work too early.

And I’m always working on short stories in the background; I love the short form.