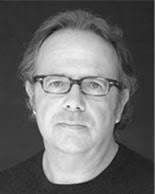 Michael Goldfarb is the author of Ahmad's War, Ahmad's Peace, which tells the story of Ahmad Shawkat, who worked with Goldfarb covering the Iraq War. Goldfarb, who has reported for various news organizations including National Public Radio, also wrote Emancipation. He is based in London.

Q: How, in your opinion, does the current situation in Iraq compare to the time period a decade ago in which you wrote Ahmad's War, Ahmad's Peace?

A: I have a strong sense of deja vu: Mosul was never pacified and so has exploded again. The collapse of the Iraqi Army - one of the most potent symbols of the state - I saw that in Mosul in 2003.

There is an Iraqi government incapable of overcoming its tribal and sectarian divisions; people desperate for some stability and security turning to militias to provide it because the government can't; the Kurds effectively running Kirkuk. This is all the same stuff, different decade.

What is different is that the U.S. military is not there, nor is there a quasi-governmental role for American diplomats. In Kurdistan, billions in infrastructure investment in the oil industry has turned the province into a mini-Azerbaijan. Erbil is a boomtown of skyscrapers and foreign executive compounds. The Kurds enjoy excellent relations with the Turks and, as the fighting started, began pumping oil out through Turkey to world markets. 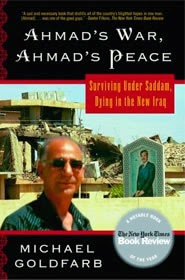 Q: How did you end up working with Ahmad Shawkat, and why did you decide to write a book about him?

A: I met Ahmad the night before the war began in Erbil, capital of what was then the Kurdish safe area. I had got into the country via Iran at the last minute.

I was supposed to follow the overthrow of Saddam through the eyes of someone who had suffered under Saddam and come away with a radio documentary on it.

I needed to find a translator quickly but virtually every person whose English was good enough was already hired. I met Ahmad in the lobby of a hotel where the BBC had its bureau set up.

Initially I thought he was too old, but then he asked me, "Do you know William Faulkner?" I said not personally but I know his work. So did Ahmad. We spent most of the rest of the job interview talking about his work so I hired him.

As I found out more about his life - arrested and tortured by Saddam several times - I realized he was the person I should make the documentary about. 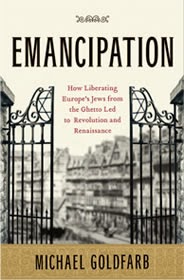 A: The documentary was called "Ahmad's War." When he was murdered, I added the phrase "Ahmad's Peace" as a bitterly ironic comment.

Q: What do you think is likely to happen next in Iraq?

A: I'm here, not there and feel a little uncertain about predictions but based on trends that haven't changed much since 2003/2004 I would bet that the Kurds will finally make an attempt at true independence.

I also fear the Arab communities will continue to be used as proxies for the deeper conflict in Islam between Sunni and Shi'a - and the Washington policy establishment will continue to miss the complexities beneath those sectarian designations and not provide the best advice to an American government riven by its own political sectarianism and no longer capable of fulfilling its role as leader in the most volatile region on earth.

A: Staying solvent. The author business, like the reporter business, has become more difficult. People's attention spans have become shorter so I am working on something brief about the autumn of 1973, when for my generation, the party ended and the post-war expansion came to a close, incomes began to stagnate. I know why and when you read the book (after I finish it) so will you.

A: The fate of the book is a paradigm of the problems besetting publishing. It was published to excellent reviews and was named a New York Times Notable Book of 2005.

But the publisher, Carroll & Graf, was teetering on the brink, there wasn't much publicity and it never got into a lot of bookstores. Then the company C & G was part of was sold on to Perseus, and the title was assigned to Basic Books.

Nothing happened with it - my suggestion of adding a new final chapter reflecting changes in Iraq (I made another radio documentary on the fifth anniversary of Saddam's overthrow) was turned down. The book went out of print. Eventually the remaining copies were pulped to create warehouse space.

To mark the 10th anniversary of my friend's murder I republished it myself as an e-book and that is how it survives.