Adelle Waldman is the author of the bestselling novel The Love Affairs of Nathaniel P., now available in paperback. Her writing has appeared in a variety of publications, including The New York Times Book Review, Slate, and The Wall Street Journal. She lives in Brooklyn.

Q: Many reviews of your book praise your ability to create the character of Nate. How did you come up with him, and how difficult was it to write from his perspective?

I’d read many books about bright young men from the provinces who come to the big city full of ambition and seek to conquer the world with their brains, as they cut a wide swath through the female population.

It’s a familiar archetype, and many books I love, books by writers like Philip Roth and Saul Bellow, fall into this broad category.

I think too often books like this idealize the male hero. He is so intelligent and charming that even when he treats women badly, we sympathize with him.

I thought I’d do something a little different—I’d write about an up-to-date version of such a young man, but I’d scrutinize the way he thinks about and treats women. I set out to be fair, but not to glamorize or idealize my male protagonist or the pain he causes women.

Writing from the male perspective was central to my project. Nate’s voice is everything. If Nate does not feel like a believable male, the book does not work. Thus, I spent many years trying to get Nate’s thoughts just right.

And I wanted to explore questions that I don’t think most men know the answer to either. That is, I think if I asked a lot of my male friends why they suddenly seemed to lose interest in a girl they’d been dating for a while, someone they once liked quite a bit, they’d tend to say, “I don’t know.” And they wouldn’t be lying; they really don’t know.

So in a sense the book was difficult to write not because Nate is male, but because the questions I wanted to explore are subtle and not easily answered by anyone, male or female. 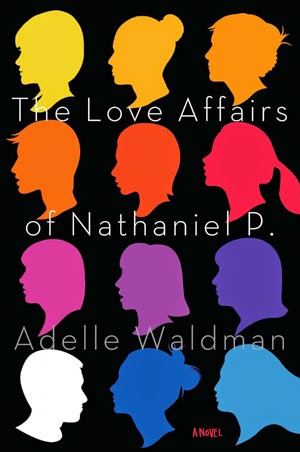 Q: Did you know how the book would end before you began writing, or did you make many changes along the way?

A: From the beginning, I knew exactly how it would end and who Nate would end up with; that was part of my original conception of the book.

What I didn’t know were the particular scenes that would take me from point A to point B. Especially as I began to show the decline of Nate and Hannah’s relationship, I struggled to figure out how to dramatize that decline in scenes.

The problem is that what is happening between them is so subtle—a slight distance and tension begins to accumulate, but for a while neither acknowledges that it’s happening.

I think this is common in life, in real life relationships, but in books and movies relationships tend to change dramatically—with big fights involving dishes thrown at walls, or someone who is revealed to be cheating.

I wanted to create something that felt more ordinary and psychologically authentic, but I didn’t want to bore the reader with scenes in which very little happens, since so much of what is happening between Nate and Hannah is so subtle as to be barely perceptible in the moment.

Q: Your book has been compared to the work of Jane Austen and Edith Wharton. Were those writers in your mind as you worked on the book?

Austen and Wharton—as well as George Eliot, from whom I borrowed the book’s epigraph—are some of my favorite writers, in part because they focus so much on the analysis of character’s interior lives. They are morally sensitive as well as psychologically incisive. I aspired to bring those qualities to bear in my depiction of Nate and the women in his life.

Unlike those authors, however, I didn’t write from the POV of an omniscient narrator, one who had access to various characters’ inner lives. The whole novel is from Nate’s perspective.

That meant that I wasn’t able to interject, to insert my own analysis and explain to the reader when and why Nate is being a jerk. That was hard—to let Nate’s jerkier qualities go unchallenged on the page. But I felt if I could portray Nate accurately, readers could judge him for themselves.

A: I always thought I would change the title, that it was a placeholder until I found the book’s “real” title. I came up with this one before I’d ever written a word. I thought it had a funny, old-fashioned, almost 18th century sound.

But I never did come up with one I liked better—the alternatives I played with made my husband and my editor roll their eyes. So, in the end, we stuck with the placeholder. It does at least give a pretty solid summary of what the book is about.

A: I wrote a short story from the perspective of Nathaniel P.’s platonic female friend Aurit. Nate is in it, but the story takes place before the events in the novel, so it’s sort of a prequel. It was liberating to write from Aurit’s point-of-view, after spending so much time in Nate’s head.

The story is called “New Year’s” and is available as a digital short. Info here.

A: Hmm, I can’t think of anything. For any other information about the novel, the story or my journalism, please visit www.adellewaldman.com. Thanks!