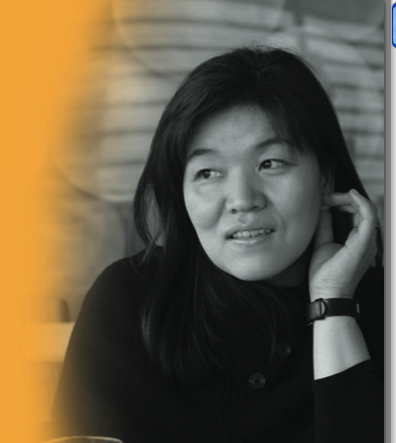 Kyung-sook Shin is the author of 17 books, including the new novel I'll Be Right There and Please Look After Mom, which was translated into more than 30 languages. She is one of South Korea's most acclaimed writers.

Q: What was the inspiration for I'll Be Right There?

A: I’ll Be Right There begins when Jung Yoon, the main character, receives a phone call from her ex-boyfriend after eight years, who she once loved but had to separate from due to a deep wound shared between them.

Through this novel I wanted to make readers remember some tragic incidents like the suspicious disappearance and deaths of people that happened in South Korea when I was in my 20s.

But that is not all. What drove me to write this book was that I wanted to take the hands of young people who might be going through their distressing youth. As youths, we could be the main characters in tragedies, but also ones in thrilling and beautiful moments in our lives. As we know, people grow up through love, friendship, and losses.

Q: Literature plays a big role in the novel, with Emily Dickinson, in particular, mentioned many times. Who are some of the writers that have influenced you? 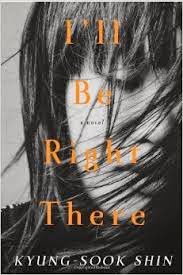 A: I have been influenced by books since when I was little. I guess I felt some kind of motherhood from them, particularly literary books. All the books mentioned in the novel are those that I read and relied on in my youth.

Though I was born in a small town in South Korea and went to college in Seoul, I could interact, empathize, and communicate with the world I couldn’t see physically by reading a lot of both Eastern and Western literature. I was influenced by many, many books rather than by some specific writers. There are too many books to name here.

Q: Do you know how your novels will end before you start writing, or do you change the plot around as you write?

A: I’m influenced a lot by the moment I’m writing. I usually decide how the novel will end before I write, but sometimes things don’t go exactly as I have planned.

Q: The story of St. Christopher appears several times in I'll Be Right There. Why did you decide to include that in the book? 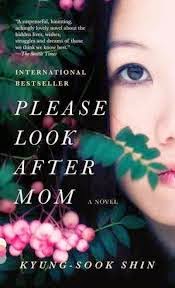 A: I came to know St. Christopher through a book when I was in my 20s. After trying to find someone he would serve, he took a job to carry people across a river. One stormy day he carried a little child on his back to cross the swollen river, and he found that the child was Christ himself. The conversation they had at the other side of the river fascinated me.

So I let Professor Yoon, who serves as a mentor to the main characters of this novel, speak of St. Christopher in his first lecture. I tried to symbolize the roles of literature and art in our life. They could carry us to the other side of the river, but it is also our lifetime’s work to carry these values on our back.

In other words, when we have to cross a swollen river, we could be the one who carries others as well as the other one who is carried on someone else’s back. I wanted to tell young readers through Professor Yoon’s words that we could play two different characters as we live our lives.

A: I’ll Be Right There is my second novel translated into English following Please Look After Mom. Right at the moment, what I want the most is that international readers will be able to communicate successfully with I’ll Be Right There. And I’m hoping I can start working on a new novel soon.

A: Though I’ll Be Right There ends in tragedy mainly dealing with young people who experience loss and pain, I hope readers will be able to sense the hope posed in its title. I’d like them to feel like saying, “I’ll be right there” to someone when they turn the last page of this novel.