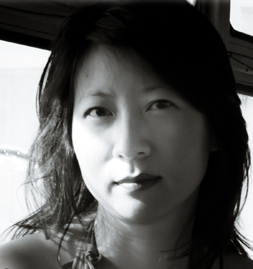 Cheryl Lu-Lien Tan is the editor of the new anthology Singapore Noir. She also has written a memoir, A Tiger in the Kitchen. Tan, who grew up in Singapore and is based in New York, is a former staff writer at The Wall Street Journal.

Q: How did Singapore Noir come about?

A: I've lived in the United States for 20 years now and so often, when I mention Singapore, people always bring up one of a few things: Caning, fines, strict laws.

It's always frustrated me because although the West does tend to view Singapore as a rigid place that's squeaky clean and perhaps a little sterile, it really is much more fascinating and complex than that.

Couple that with the fact that I'd long been a fan of Akashic's Noir series -- Joyce Carol Oates' New Jersey Noir was a favorite -- and that's basically how Singapore Noir was born.

I was speaking at the Miami Book Fair in 2011 on my first book, A Tiger in the Kitchen: A Memoir of Food and Family, when mystery writer S.J. Rozan introduced me to Johnny Temple, Akashic's publisher.

I leapt at the chance to ask Johnny why there hadn't been a "Singapore Noir" in his award-winning series and he said, "I don't know any Singaporean writers." S.J. replied, "You do now." And that was the beginning. 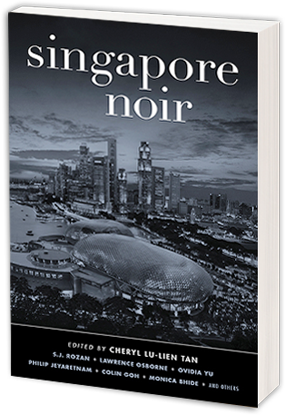 Q: The writers include some who are based in Singapore and some who aren't. How were the selections chosen?

A: The non-Singaporeans featured are writers who know Singapore and were thrilled to be a part of this project -- Lawrence Osborne, a British novelist whose latest novel "The Ballad of a Small Player" has been getting rave reviews internationally, S.J. Rozan, mystery writer extraordinaire, American food writer Monica Bhide, who makes her fiction debut in this book.

As for the Singaporeans, I really wanted this anthology to showcase the work of some of Singapore's best and most-beloved writers and I'm pleased to say that we have a stellar cast here.

Three of them -- Colin Cheong, Suchen Christine Lim and Simon Tay -- have won the Singapore Literature Prize, which is the country's equivalent of the Pulitzer.

Many of them -- Ovidia Yu, Philip Jeyaretnam, Colin Goh, Johann S. Lee -- were people I'd read and admired for years. And several aren't as known in the U.S. because they've not been published here before -- so it's very exciting to present some of the best of Sing Lit to the world in this book.

I'm hoping this book will be a way that Western readers will discover Singaporean literature -- as well as pockets of the country that are enchanting and filled with intrigue. 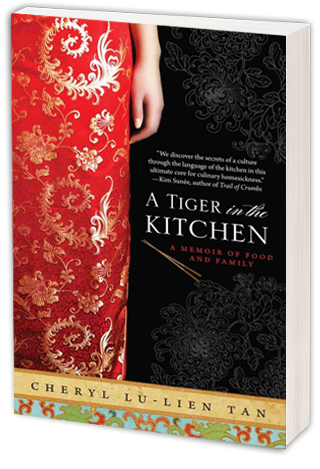 Q: In your introduction to the collection, you write, "I have always lamented that the quirky and dark complexities of my native country's culture rarely seem to make it past its borders." How do these stories help remedy that?

A: For starters, each story is set in a different neighborhood in Singapore and many are places that most tourists wouldn't find themselves in -- there's a terrific piece by playwright Damon Chua that's set in Woodlands, a bit of Singapore that's near the Malaysian border, for example.

Colin Cheong's tale of a "taxi uncle" is set in Ang Mo Kio, one of the true "heartland" neighborhoods in Singapore. (I love the detail he has in there about a taxi uncle keeping the bone of a dead child in his cab -- you'll have to read the book to find out why!)

And the stories, of course, are all dark in nature; the settings, perhaps a little more textured than some would expect of Singapore, which many outsiders mainly know from its gleaming modern skyline -- red-light districts, old Chinese temples and more.

Singapore is safe, yes, but it's a complex city just like any other major metropolis and I think the unique rhythms of the city-state and its dark side really come to life in these pages.

Q: Did you write your own story that's included in the book once you knew you'd be editing the collection, or did it just seem to fit in?

A: I wrote my story -- "Reel" -- specifically for Singapore Noir. Once I signed on to edit the book, I knew I wanted my words to be a part of it, too.

For the setting, I chose Changi Village, a place that's dear to me -- it's on the Eastern tip of the island, on the water, and still feels like old, idyllic Singapore to me because it's been relatively undeveloped.

Just off the shores of Changi Village, there are a few kelongs -- fisheries constructed on stilts in the middle of the sliver of water that cuts a slice between Singapore and Malaysia.

This is an old way of fishing that's rapidly disappearing -- and I'd always tried to imagine what life is like when you're living on a kelong in the middle of the water, with little else to do but wait for flotillas of fish to swim into your traps. Well in my story, something certainly does happen ...

A: I'm currently finishing revisions on my first novel, which is also set in Singapore. Very much looking forward to sharing that!

A: The Singapore Noir book tour, which launches June 3, will take me to New York, Washington, D.C., Baltimore, Los Angeles, San Francisco, Chicago, Minneapolis, Las Vegas and Miami. Come on out if you live in one of those cities! Details here.