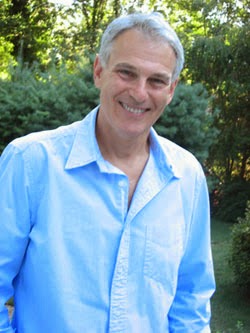 Lawrence Goldstone is the author of the new book Birdmen: The Wright Brothers, Glenn Curtiss, and the Battle to Control the Skies. His many other books include Inherently Unequal, The Activist, and Lefty. He lives on Long Island.

Q: Why did you decide to write about the early flyers?

A: While I was researching Lefty, [on New York Yankees pitcher Lefty Gomez,] I found that he was famous for his love of airplanes. He stopped pitching during a World Series game because an airplane was flying overhead.

Lefty developed his love of flying at the 1915 San Francisco World’s Fair. He saw a man fly—it was Lincoln Beachey.  I had never heard of Lincoln Beachey. Lefty was also there the day Beachey died.

I looked it up, and discovered amazing things. I called my editor, and said, “We should do a book on the exhibition flyers.” He said, “I don’t know if we can sell that book. Is there any way to get the Wright brothers into the title?” I said, “Everybody’s written on the Wright brothers.” 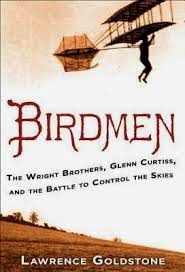 Q: You write, “As the saga of early flight becomes more distant, it gains rather than loses fascination.” Why is that?

A: I think when you’re a pioneer in the pioneer era, you’re thought of in a slightly larger-than-life way. When you’re a pioneer in a distant era, you’re thought of in a much larger-than-life way. When we see now [when we look back] is guys flying in open crates. History will give you that; people become more mythological. Even hideous people like Stalin and Hitler gain in mythology.

Now, with technology taking over, there’s no way we can see ourselves in this kind of environment [of the early flyers]. They were 10,000 feet up in an open plane. That was more or less the standard thing. 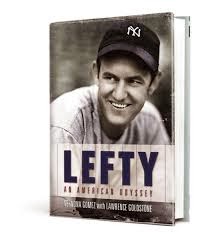 Q: What particularly surprised you as you researched the book?

A: I was completely unprepared for how different [the Wright brothers] were. Every other book on Orville and Wilbur [doesn’t distinguish between them].

I was really surprised at how smart Wilbur was. I was not ready for that. He taught himself principles of science that hadn’t existed yet.

And the human story—I was unprepared for the way the Wright family, the three of them [including their sister, Katharine,] interacted.

Q: Were those details part of what gave the book the heft you mentioned you were looking for?

A: I choose topics because the history has some kind of modern parallel. …With the Wright brothers, particularly in the context with [their rival, Glenn] Curtis, there are parallels between the era of mechanical technology and the era of electronic technology. I think when you get the best kinds of history, it also illuminates [what’s happening today].

Q: Patents and litigation play a major role in the book. What accounted for the rivalry between the Wrights and Curtiss, and why did it go on for so long? Did you expect that to be as big a part of the book as it turned out to be?

I had done three books on constitutional law [so was familiar with many of the players]. I wasn’t ready for the details of how it progressed over the years. I decided to put more in there because it’s Apple-Samsung—if you’re looking for parallels to [today]. 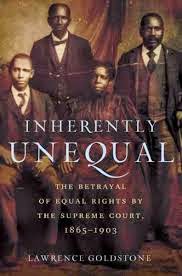 A: I’m halfway through a book—it’s a companion piece, about early automobiles, called Horseless. Henry Ford and Steve Jobs are essentially the same person.

It’s interesting because Henry Ford was very different than Wilbur Wright. He manipulated his image [to an extreme point]. Henry Ford never invented anything—the automobile, or the assembly line. He was just like Steve Jobs. [They didn’t invent anything] but they had a genius for seeing how a process could be improved and applied commercially.

A: Education is the willingness to look at things differently. You don’t get anywhere just by looking at the conventional wisdom.