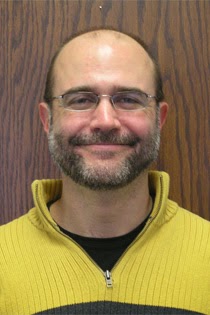 Timothy Schaffert is the author of the new novel The Swan Gondola. His other books include The Coffins of Little Hope and Devils in the Sugar Shop. He teaches at the University of Nebraska-Lincoln, and he lives in Omaha.

Q: How did you come up with the story of The Swan Gondola?

A: The story evolved from the actual news stories surrounding the Trans-Mississippi Exposition, or the Omaha World's Fair, of 1898. The daily news was an excellent, and distressing, portrait of America at this transitional period, as people prepared to slough off all the backwardness of the 19th century, and slip forward into the 20th.

Omaha was already full of crooks, prostitutes, and drunkards, and the Expo just brought more derelicts to town. But the city longed to be respected, and it had matured from its days as a frontier outpost, and it wanted to promote its industry, and culture, and entertainers. It was that conflict -- between the city's dreams and its realities -- that caught my imagination. 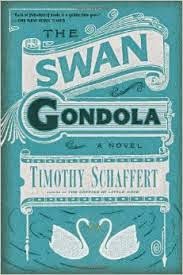 Q: What kind of research did you need to do for the book?

A: At the Library of Congress website, I read issues of the Omaha Bee, one of the city's dailies -- you read the news right off the actual page, and you end up learning as much about the culture from the advertising (mostly toxic remedies for long lists of ailments) as from the articles themselves.

I also studied the Exposition specifically, and the Spanish-American War; I read about medicine, spiritualism, ventriloquism, vaudeville, health resorts. I tried to learn what I could about working-class women. I pretty much looked everything up. 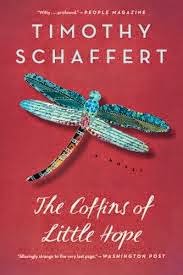 Q: You write that you've had a longtime interest in The Wizard of Oz, and that you've included allusions to that book in your own. What are some of the ways in which it inspired you?

A: I liked the idea of imagining the Wizard as a turn-of-the-century entertainer and humbug artist, living in the American West, and of his balloon landing on a little corner of vast emptiness.

And I liked the idea of him building a kind of shrine up from that ground, an alternative Emerald City. Once I started following that line of thought, the connections between Baum's books and the world of my story began suggesting themselves.

Q: Why did you select "The Swan Gondola" as the book's title?

A: The gondola is a destination for Ferret; he finds the boat to be both precious and genuine, but also a bit down on its heels. It's unpretentious, a confection. And reflected in that boat is all the Exposition's artifice and illusion. 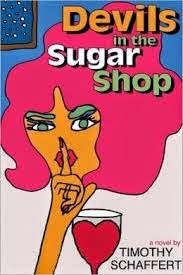 For the most part, though, it speaks to Ferret's concept of romance, and hope. He thinks that sort of thing is what he needs to woo Cecily. And once the first days of their romance have past, it becomes part of the nostalgia of their lives.

A: I'm working on a novel about a child vaudeville star who becomes a silent-movie star.