Clifford Chase is the author of the new book The Tooth Fairy: Parents, Lovers, and Other Wayward Deities (A Memoir). He also has written another memoir, The Hurry-Up Song, and a novel, Winkie, and has edited the anthology Queer 13: Lesbian & Gay Writers Recall Seventh Grade. He lives in New York City.

Q: Why did you decide to write your book using a format consisting mostly of short segments? 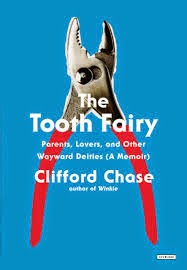 A: At first I knew only that I felt compelled to write that way, and then I had to figure out why.

Practically speaking, short blips relieved me of those conventional phrases and sentences that normally connect point A to point B in a narrative—“Later that day” etc. Here, I could simply skip from A to B. Blips also seemed a very good way to express flashes of thought or memory.

Originally I thought I was writing just a single essay, but when I’d finished the title piece, a smart friend told me he thought the blips could be sustained over the course of an entire book. 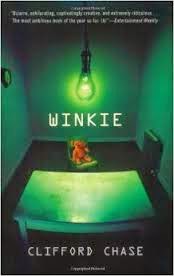 As I kept going, I kept seeing new possibilities for how the form could amplify content, and in each chapter I offer a provisional interpretation of what the blips and the white space are doing in that particular chapter.

Q: How was “The Tooth Fairy” picked as the book’s title?

A: A memory of my mother as Tooth Fairy closes the first chapter, and I liked how the childhood deity suggests both loss (a tooth) and consolation (a coin).

Those missing connective sentences seemed to me a little like missing teeth, while the book itself is a kind of consolation for the predicaments it describes—so that I become something of my own Tooth Fairy. 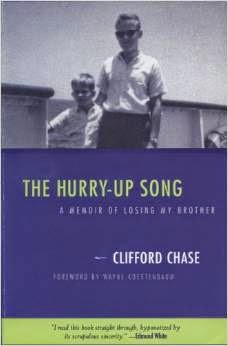 Q: Your family is also the topic of your previous memoir and (at least in part) your novel. Do you feel that your perspective has changed since your first memoir was published, or has it remained fairly constant?

A: My overall impression hasn’t changed—my childhood was profoundly mixed—but my understanding of both the negative and the positive has deepened.

In taking care of my parents at the end of their lives, I was able to see their strengths and weaknesses more clearly. I was also able to see certain of my own strengths, such as when my father starts crying in the car and I realize I’m not going to fall apart because of it.

In turn, caregiving made it seem possible and even necessary to go back and think more deeply about my brother Ken’s life. His death in 1989, of AIDS, was the subject of my first book, yet I had never had the courage to read Ken’s diary; I decided to correct that omission in this book.

A: Donald Barthelme and Frederic Tuten, who were also teachers of mine, for their humor and irony; Bernard Cooper and Robert Glück, for how each of them revolutionized gay autobiography.

A: A high-concept novel, like my first novel, Winkie. It’s set in 1519, and its primary themes are empire and greed.