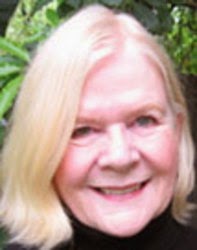 Sally Warner is the author of many books for children, including the EllRay Jakes series and the Emma series. She also has written nonfiction books about art for adults. She lives in Southern California.

Q: How did you come up with your character EllRay Jakes?

A: EllRay Jakes first appeared in the Emma series (Viking; Only Emma, Excellent Emma, etc.). He was one of the few boy characters at that point. (By the way, all the characters in Ms. Sanchez's class appear in all the books! And there are some new characters in the three books to come, EllRays 7, 8, and 9.) 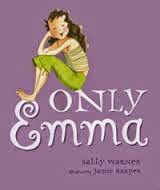 Later, Viking decided that they wanted a "boy series," though I like to think of all my books as being fun to read for both boys and girls. I had already decided on EllRay.

News scoop: The strangest thing happened when I got one of the last Emma books to correct. There was an illustration of EllRay that could not be changed, and he was African American! In the Emma books, I had thought of him as white–and pictured some of the other characters as being African American, etc. Only I hadn't communicated this to the editor or illustrator. And I was already 1/3 of the way through the first EllRay book! 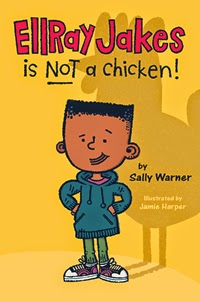 I said that I didn't feel comfortable writing the series, as that is not my own experience. But after a few months, my editor convinced me that I was the one to write these books. So I threw out what I'd written (at least two months' work), thought a lot about the Jakes family, and started over. (Young detectives might search through the Emma books and see a very different EllRay, however.)

My reasoning was that at EllRay's age, eight, he wouldn't be dealing with the same racial issues he would probably be dealing with later. Encouraging mail from many African American moms has backed me up on this. So, while race has been mentioned in a glancing way in each of the books, it has never been the main focus of the plot.

Q: You worked as a visual artist before turning to writing. How does your background in the visual arts affect your writing? 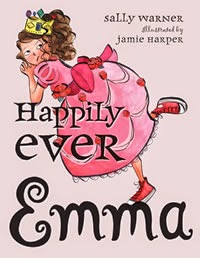 A: Interesting question about the visual arts! Strangely enough, I found myself putting almost no descriptions of people or places in my books when I first started writing fiction. You'd think it would be just the opposite, wouldn't you? That I'd put in too much detail! Instead, I would have to go back and add description. My main interest was always telling a story through dialogue and action, which is what kids--and I, reading adult fiction!--like best.

Interestingly, the thing about visual art that helped me the most was the discipline of working alone, without much--if any--feedback. Also, it got me used to rejection! I almost never take it personally. (Maybe even when I should...)

A: My big hero is Beatrix Potter, for three reasons. A) Her books, so simple and vivid; B) Her bravery and resilience in changing careers (to land-owning and farming) when her vision started to fail; and C) Her work conserving land in England's Lake District, and her generosity in donating land to the public. I wish I could visit there some day. 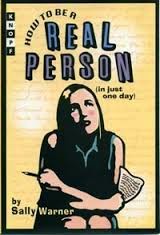 I loved Scott O'Dell's The Island of the Blue Dolphins, which figures as part of the plot in my own book, How to be a Real Person (In Just One Day) (Knopf, 2001, still required reading in places in South America!). I also loved T. H. White's series, The Once and Future King, with a passion, though I am now more interested in realistic fiction than in fantasy.

A: Right now, I am working on what is probably the last (::sob::) EllRay book, #9, though I've been told there might be another character in a spin-off series. I know and love all the kids in Ms. Sanchez's class, even the "difficult" ones, so I hope it's true! 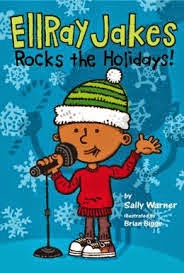 Another news scoop: Even though the books are numbered, 1–6 so far, taking place from February to May of EllRay's third grade year, with 7–9 to come, #7 (EllRay Jakes Rocks the Holidays!) will jump back to the previous December. A confusing (group) decision, but it's a really fun book!

This state of affairs came about when I had the not-so-bright idea of starting the EllRay series where the Emma series left off in the school year, in February. (I had figured there would only be 6 EllRays.)

When they wanted three more, and we were already in the middle of May, but they wanted to stay in third grade... well, we'll see. I'm so glad they wanted more books, though! I have lots of stories to tell about those kids. 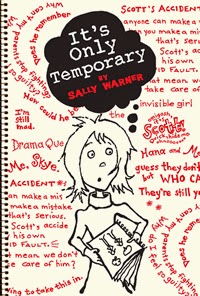 A: Hmm. Well, first, I didn't start writing fiction until I was in my forties. That might encourage some of your readers if they're late-bloomers, as I was. Also, I had never taken "creative writing," always choosing art instead (one elective only in public schools).

There are lots of resources out there that can help you write, but to write well, you have to be willing to work. And I didn't have an agent at first, either. I represented myself–which was hard even then. But I think it's still do-able, and online opportunities to show your work have made publishing a whole new world!

I just wish I'd learned to code somewhere along the way. My site is about five books behind, and I've been too busy to get all the information to my site helper. Inexcusable, I know.