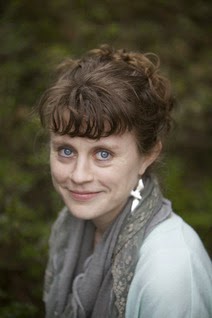 Alyson Foster is the author of the new novel God is an Astronaut. Her writing has appeared in a variety of publications, including Glimmer Train and The Kenyon Review. She lives in Washington, D.C.

Q: How did you come up with the premise for God is an Astronaut, and with your protagonist, Jessica?

A: That’s a tough one. I feel like the premise came from several different places. I think most novels start like that. You find one idea that resonates and then you slowly start incorporating it other threads as they occur to you. It’s a messy process and you keep adding different elements in and taking others out. So sometimes it’s difficult to recall exactly where they began.

I will say that space has always been interest of mine. If I could come back in another life and choose any career, being an astronaut would be high on that list. Hence my choice of space tourism as a topic for my novel.

That’s why I chose Jess as my protagonist. She’s a botanist; she knows almost nothing about physics or technology, and what she does know, she only knows because of her husband, because he works for a space tourism company. Then, through a series of unforeseen and tragic events, she gets more involved with his business – very risky business – than she ever intends. 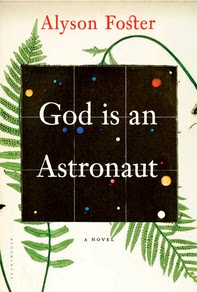 Q: Why did you decide to tell the story in the form of e-mails?

A: When I started writing this book, I didn’t know exactly what form it was going to take. I had my narrator, Jess, talking in a very intimate, confessional tone to a confidant. At some point I decided the book should have an epistolary format. Only as a concession to contemporary times, it would consist of e-mails rather than letters.

There’s also the fact that I’ve always loved reading people’s letters. There’s a voyeuristic sort of pleasure to it. I wanted to include that feeling in the book – to give the readers the sense that they were eavesdropping on a private conversation that wasn’t intended to be shared.

Q: The media, in the form of reporters and documentary filmmakers, plays a big role in the story. Why did you include that aspect of the book?

A: That’s another interest of mine – how people cope with being thrown into the spotlight. Like everyone else in this country, I’ve seen an endless number of tragic stories and scandals play out in the glare of the media and I’ve always imagined how it must feel to be one the people at the center of those stories, to have your life turned upside down, to go from being a nobody to having your whole life being scrutinized by the press and the public.

That transformation is the stuff of drama, right? So I wanted a chance to explore that in the book.

A: It actually came from an idea that didn’t make it into the book. The protagonist, Jess, has a son named Jack, who’s 10 years old. I was going to include a section where she describes how, when Jack was younger, he used to think God was an astronaut … because his father worked on sending people into space, and because he (Jack) knew that God supposedly lived up somewhere in the sky. So he erroneously conflated the two concepts.

I didn’t end up working that section into the book, but I hung onto the line “God is an astronaut” because it seemed evocative to me, and because I thought it worked on another level.

There’s the hubris and arrogance of these men, including Jess’s husband, who do dangerous work and believe nothing is going to go wrong. And of course, there’s a documentary film that ends up with that title – so I was able to work it in. Not just the way I expected.

A: I’ve started working on a new novel. I’m reluctant to give away too much about the plot, since it’s still evolving at this point, but I will say that it’s the first piece of fiction I’ve written that is set specifically in Washington, D.C., which I’m kind of excited about.

Up to this point, most of my work – including God Is An Astronaut – has been set in the Midwest. That’s where I grew up and it felt like a place I knew intimately. Now I’ve been living in D.C. for almost nine years and it finally seems enough like home to me, that I feel like I’m ready to include it in my work.

A: I’ve discovered that there’s also a band with the name God Is An Astronaut. People like to mention that when I tell them the title of my book. I’ve downloaded some of their music, and I like it. If you don’t know them, you should check them out.