Q&A with author A. Turk 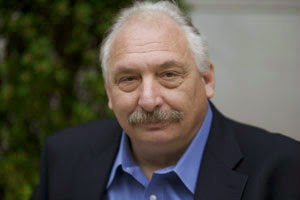 A. Turk is the author of the novel First Do No Harm, the first in a projected series. A retired attorney, Turk practiced law in Nashville for more than 30 years. He lives in Nashville, Aspen, and Highland Beach.

Q: Why did you turn to writing fiction after many years as a lawyer?

A: I always wanted to write fiction. I knew 20-something years ago that I was going to retire and write about my legal experiences. It was planned.

I have saved seven cases of equal notoriety as [First Do No Harm]. I have in mind writing seven books in the Benjamin Davis series inspired by true events. After that, I’ll just make it up.

Next week I’m meeting with 36 people in focus groups, going over the manuscript of [my second novel] Second Degree, the next installment in the Benjamin Davis book series. I’ve started the third book; it’s a prequel to the first two.

Q: So First Do No Harm was based on an actual case you were involved in?

A: Yes, it was about 22 years ago. I did get beat up; I subpoenaed my own phone records [to find out who was involved]--this predates cell phones.

There is some poetic license. I do have gorgeous nieces, but they are not paralegals and were not models for [my character] Sammie. I did have a Morty Steine [another character who’s Davis’s mentor]; he’s part of the focus group. I’ve told him Morty Steine is much nicer than he is!

The case put an economic strain on me, a marital strain, a financial strain on my practice; it was a terrible strain on me, and it lasted for five years.  It was easier to write the book than to live through it.

Q: How much is Benjamin Davis based on you, then? 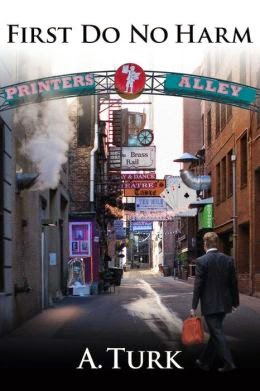 A: He is better-looking, taller, probably a little smarter. The struggles he faces in the book are real, the ethical [issues]—there are some things that really happened.

I would say 70 percent of the book is pretty much [based on reality].

Q: So that’s why the book is set in the 1990s, because that’s when it actually happened?

A: Yes. That’s what I plan on doing in the series. The third book is set in the 1980s, and Morty is the lead counsel and Davis is second chair. You see how the relationship develops. In First Do No Harm, Morty Steine is still a lion in the courtroom, but he’s ending his career.

The third book is also historical fiction. It starts with an older gentleman filling a prescription for a nitroglycerin patch, but they accidentally give him a nicotine patch, which was the opposite effect and the man has a heart attack.

You flash back 50 years, and Morty Steine and this man are now 16 years old. We learn about Morty’s life. He was very heavily influenced by World War II—he was a pilot; he volunteered for the RAF and was shot down over the English Channel. The person who had the heart attack was right next to him; that explains why, 50 years later, Morty Steine is by his side.

I’m planning to release the second book in October.

There are a lot of similarities between being a lawyer and a writer.

Q: Yes, I was going to ask you about that.

A: It’s about being a storyteller. I was a trial lawyer; I took the facts and took the law, and painted a story that was most favorable to my client. I did the best job I could with the facts, and told the story.

When you’re an author, you want the readers to like your character. I struggled with [that]—I want Davis to be flawed, but it makes him endearing to the reader. Morty is more polished. We see Davis lose his temper and make mistakes. I always tried to do the right thing, and he tries to do the right thing; he learned that from Morty Steine.

A: I love John Grisham. My favorite writer is Herman Wouk—War and Remembrance, The Hope and The Glory, The Caine Mutiny.

A: I’m more of an audiophile than a reader. I love listening to books. I did an audiobook of First Do No Harm. I hired actors. There are 66 distinct voices [in the book].

I’m going to offer First Do No Harm for free on Amazon beginning June 6, 2014.

And it’s the 20th anniversary of the 2 Live Crew case. It’s not one of the seven books [I’m planning]. I went to the Supreme Court; I represented the rap group 2 Live Crew concerning a parody of Pretty Woman. They asked for permission, it was denied, and they did it anyway. They were sued and I represented them.

It was a 9-0 decision in favor of 2 Live Crew. Today, you have South Park and Family Guy—that would not exist without my case. For 20 years, my case has been giving protection to the entertainment industry. At the time, I didn’t realize how important that would be; it was just another case.

Q: So you said you’re not going to write a book based on that case?

A: It’s not one of the seven. It might be nice to mention that Davis goes to the Supreme Court!