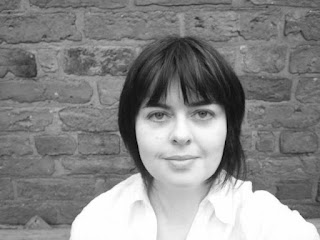 Laura Jarratt is the author of the new novel Two Little Girls. Her other books include the young adult novel Skin Deep. She lives in Cheshire, England.

Q: You note that you were inspired to write Two Little Girls after a conversation at work about maternal anxiety. How did that conversation lead to this novel?

A: I was taking a coffee break with work colleagues and the topic of dreams came up. One of my colleagues, Avril, shared a recurring dream she had about driving along a road with both her daughters in the back of the car and crashing into a lake. She knew she could only get one out, at which point she’d wake up in a panic.

Everyone was super sympathetic about how awful that was. I, however, stood there staring into space and exclaimed, “That’s such a great start to a book!”

After that, we spoke about how things like that form recurring nightmares and are a reflection of maternal anxiety. I personally had a ridiculous one at the time about a giant, demonic rabbit (or sometimes a panther) prowling around outside the house waiting to eat us all. Avril’s dream is definitely a better start to a novel!

The idea really took hold in my head then and I began spinning possibilities and “what ifs.” I talked to my husband about how he’d feel if it was one of ours and I hadn’t been able to get both out.

These are really difficult dilemmas, and this initially led me down a blind alley because we then talked about how you’d make that choice instinctively and how the father would feel. We’re a blended family so that idea of the maternal biological conversation was something that was incredibly hard for us to think about and process.

Originally in the early drafts of the book, Dan struggled much more with Lizzie’s choice than he did in the final draft and it was a much bigger part of the book’s opening – probably reflecting those conversations.

About this time, I read an article in a newspaper about mothers who have adopted and who have their own biological children. Avril’s dream was still percolating in my brain.

This article was fascinating and devastating all at once. Some mothers were saying they felt exactly the same about all their children; others, in a raw and brutally honest way, reflected that they did not and though they loved their adopted children very much, they knew deep down that they didn’t have the same incredibly strong maternal connection that they had with their biological children.

And my “what ifs” suddenly all came together into one plot strand.

It's an awful consideration and a dreadful choice, but that’s the point. Lizzie loved both her children desperately but in a situation where she absolutely had to choose and had no alternative to that, she reacted in a particular way. And that was my colleague’s fear – having to choose between very loved children.

A: More than any other book I’ve written, this one went through a number of iterations, particularly around the pace and the middle of the book. I think I wrote the first 30k over and over before I found the plot.

It’s said that there are “plotters” and there are “pantsers” and I’m a definite pantser. I have to start writing to “find” the plot. I usually start with an opening scene and an ending scene in my head and the rest is a mystery.

In this case, I was absolutely sure of the family’s final scene in some shape or form, though the details came later. But I then quickly worked back in my head to Lizzie’s second choice once the final draft of the opening scenes was written. 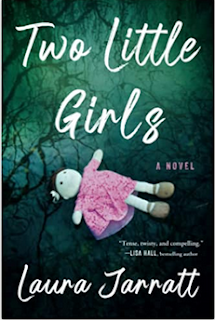 Originally while I was still thinking and not writing, Dan and Lizzie’s marriage breaking down happened quite quickly and as a result of her choice.

It was a major part of the book but it quickly became apparent that just wasn’t working and it wasn’t what was really going to happen in this story, because this “accident” was much more than that.

I really didn’t know she hadn’t had an accident when I started writing the book – I found that out as I went, and then of course, her second choice came close on the heels of that. I remember talking to my husband about it and he was horrified that she would respond as she does in those final chapters, but I absolutely knew – with complete conviction, that this is what she’d do.

Q: How did you create your character Lizzie?

A: You know, I moan and groan over plotting. I angst over that, and over pace. But creating characters is my absolute joy. I don’t think about them. I have a story idea in the loosest possible sense – an opening and a final scene – and I start writing. And the characters just come out from my pen.

I always write the first 10k by hand and that’s when most characters are born, but once I’m in the flow of the story, I find secondary characters can then come out from the keyboard too. There’s some strange magic that happens with a pen and paper, but the more experienced I get as a writer, the less I need that crutch. I still like my initial chapters to be born from ink though.

Lizzie came completely from the opening dilemma. She was in no way planned and I never changed any aspect of her. She was shaped entirely as I wrote. You could say she revealed herself as the ink hit the paper and that is genuinely how it feels to me when I’m writing. It’s a process of discovery and it’s really why I write at all.

A: I think there are a couple of aspects I’d like readers to get from this. The first is how incredibly strong and wonderful but also terrible a mother’s love is. It utterly transforms our lives when we become mothers, and that’s marvellous but also terrifying.

Sometimes we might be faced with things we don’t ever feel ready for, or like Lizzie, a horrific prospect or choice to deal with.

It’s the magnification of that moment when you let them toddle and they could get hurt, when you send them to school and someone might be mean to them when you’re not there, when they are teenagers with their first boyfriend/girlfriend and they might be treated badly – you can’t save them from all hurt and that’s what all our maternal instinct screams to us to do, but at the same time we know we have to let go.

So the message is really that we need to be kind to ourselves in the face of that when we get it wrong or we’re faced with forces stronger than us. It’s why Lizzie makes that second choice, because she understands that better than anyone.

The second aspect is that anyone can break in the face of adversity, no matter how strong they seem. Everyone has a breaking point. And for each one of us, it will be different. But also that recovery is possible, even when you’ve feel broken beyond repair. Hope, and love, can find a way through.

A: I’m writing two books simultaneously at the moment. One is pretty hard going in the stages I’m in at present. It’s a similar genre to Two Little Girls, written from the point of view of a woman whose twin brother kills himself after an allegation of sexual assault is made against him.

It’s tough writing it, especially at the moment with so much conflict going on in the world around, and the aftereffects of a pandemic on everyone’s lives.

So I’m also doing something that brings me a very simple and real pleasure – a children’s book. I started off writing YA and I still love it but my 8-year-old begged me to write a story that she would like so I’m working on trilogy for little girls who loves ponies.

Sounds cute? But my little heroines are warrior princesses with tangled hair and fire in their hearts, and I absolutely adore them. It’s something for me and her to make us happy. I hope it’s good enough to publish but if not, it’s a record of our time together and the things that make us happy.

A: There’s a scene in Two Little Girls that makes me personally sob every time I read it, even though I wrote it. It relates to a video that Lizzie watches with her counsellor. That’s based on a real clip I saw online. I remember watching it and I realised as it unfolded, just as Lizzie does, who that lioness is.

My own mother was dying around this time and I started writing the book after her death. We were very close and that scene for me is so much tied up in how loved I knew I was as a daughter, and how in turn I love my own daughter. I cried when I saw that clip of the lioness.

I hadn’t created Lizzie at that point, but when I did, I knew that scene had to go in as part of her understanding herself. It’s the only scene I refused to consider cutting when we did an edit for pace, although my editor, Phoebe Morgan, very much wanted it to stay too, thankfully.

I’m a massive animal lover and the cross-species nature of maternal love never fails to get to me when I see the still photos from that video. The actual video is no longer online but the photos were still out the last time I looked.