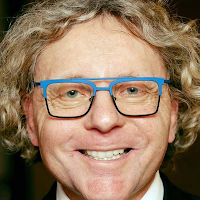 Thane Rosenbaum is the author of the new book Saving Free Speech...from Itself. His many other books include Payback and The Myth of Moral Justice, and his work has appeared in a variety of publications, including The New York Times and The Wall Street Journal. He is a Distinguished University Professor at Touro College and a legal analyst for CBS News Radio.

A: I have been a law professor for most of my professional life, and I have always been astounded by the abusive liberties taken under the guise of free speech, the way we weaponize speech against fellow citizens. No other Western democracy allows speech to be used in this way.

It was always clear to me that marching neo-Nazis in front of Holocaust survivors or burning crosses on the lawns of African-Americans could not possibly have been what the Founding Fathers had in mind. 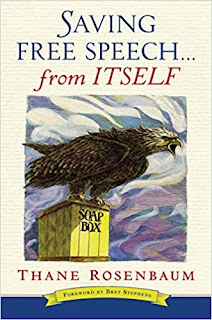 Q: You write, “The truth is, speech should not be entirely free.” What limits would you place on it?

A: Speech that causes harm should not be protected under the First Amendment.

I am not talking about insulting or offensive speech. I am talking about speech that causes harm to another human being--degrading and humiliating speech that makes them feel fearful and threatens the dignity and equality that is promised to citizens of our country.

And with advances in neuroscience, the consequential harm from free speech is now verifiable. We always knew, intuitively, that the nursery rhyme, "Sticks and stones . . . " was wrong. Names do, indeed, hurt.

Q: How should hate speech be defined and dealt with? 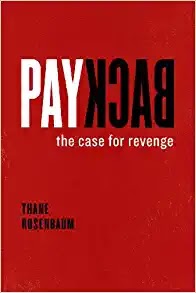 A: It's not really that difficult. Singling people out and targeting them because of their race, religion, sexual orientation and nationality, resulting in harm to both mind and body, is a pretty good working definition of hate speech.

Q: What do you see looking ahead when it comes to attitudes toward free speech?

A: Clearly we are reaching the tipping point on the way in which the Internet, largely unregulated in the United States, can be used to recruit and indoctrinate terrorists, and teach them how to make bombs in their kitchens.

This is yet another area in which other Western democracies look at the United States and wonder why we believe that free speech liberties should trample over the rights and safety of others who wish to be protected from the weaponization of the First Amendment. 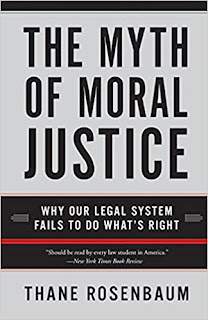 A: Yes, give this book a chance. Just read it. We live in our sequestered beliefs, imprisoned by confirmation biases, refusing to take in a different perspective.

This book is not an attack against the First Amendment. I would say that it is an act of rescue, because the way we have interpreted the Free Speech Clause since the 1960s is profoundly misguided and flatly wrong.