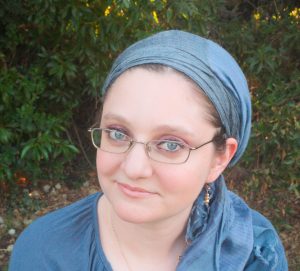 Daniella Levy is the author of the new novel Disengagement: Leaving Home, Finding Home, & Encounters Along the Way. She also has written By Light of Hidden Candles and Letters to Josep. She was born in the United States and moved to Israel as a child.

Q: Why did you decide to write a novel about the Israeli disengagement from Gaza in 2005?

A: It's an event that occurred while I was coming of age and it affected me deeply at the time. Its effects are still strongly felt in Israeli security, politics, and society, but only the political right seems to still be talking about it.

In a way, the political crisis around it was a microcosm of the kind of polarization in politics we're still seeing today all over the world, and I think there is a lot to learn by exploring it through fiction. 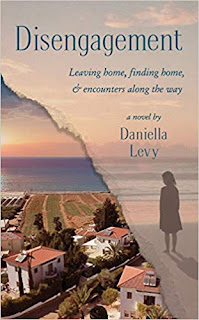 On a personal level, at the heart of the story of the disengagement is a question about home: what it means to have a home, what it means to leave a home — and not only in the physical sense. These questions have had a defining presence in my life since my family immigrated to Israel when I was a child.

Q: You tell the story from a variety of different perspectives. How did you choose your characters, and did you feel closer to some of their perspectives than others?

A: I wanted to represent as many different slices of society affected by the disengagement as I could, but they were also perspectives that emerged from within me.

Some of them reflect my personal experiences, identity, beliefs, or lifestyle more than others, but that didn't necessarily make it easier to connect with them. Each character carries a spark of me and my truth within them.

A: I explored a wide variety of sources and watched many hours of footage, both of the disengagement itself and of interviews of various people who were involved. 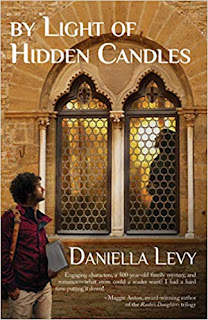 The political right memorializes the disengagement as a national tragedy, so there was plenty available from that perspective; I had to dig deeper for other viewpoints.

When it came to the Palestinian perspective, I had to find and consult with people who lived in Gaza at the time and were old enough to remember.

One thing that surprised me was learning that the narrative I (and every other Israeli I know) took as a given — that the greenhouses the settlers left behind were destroyed completely by the Palestinians — was not exactly true.

The greenhouses were heavily looted, not destroyed out of spite, and they remained structurally intact; some were even used to grow produce for a while. I had to browse hardcore pro-Palestinian propaganda sites to learn this (and verified it through the more reliable sources they linked to).

It was a strong lesson in how both sides play certain details up or down to push their narrative, and if you don't want to be manipulated, you have to read everything with a critical eye — even sources you normally trust. 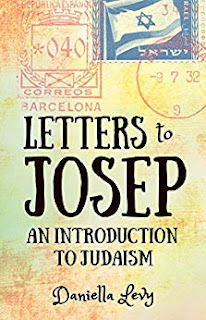 A: That behind every headline or political slogan is a human story, and that we do ourselves a great disservice when we dismiss people as irrelevant, stupid, or evil because we don't like their ideology or political beliefs.

I hope readers will come away challenged to examine their own biases, step outside their bubbles, and truly listen to other people's stories. And I hope to add some nuance to the conversation about Israeli politics and the Israeli-Palestinian conflict, which is often discussed in cartoonish exaggerations. Real life is complicated.

A: I have three beginnings of novels languishing in my drafts folder — two historical fiction and one fantasy based on Jewish folklore — but I'm not actively focusing on them at the moment. I'm a strong believer in the back burner; when they're ready, they will come.

In the meantime, I've got a lot going on: Kasva Press is planning to re-release my first (nonfiction) book, Letters to Josep: An Introduction to Jewish Life, and we also have a second Letters to Josep book in the works.

My previous novel, By Light of Hidden Candles, is being produced as an audiobook by MB Publishing with narration by the very talented Lori Felipe-Barkin. That's also scheduled for release in March, and it's been great fun to work on!