Q&A with Frank A. von Hippel 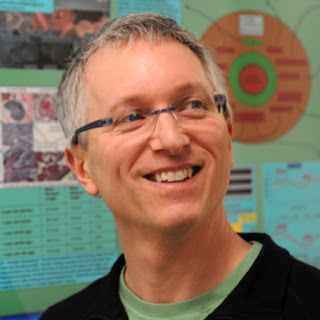 Frank A. von Hippel is the author of the new book The Chemical Age: How Chemists Fought Famine and Disease, Killed Millions, and Changed Our Relationship with the Earth. He is a professor of ecotoxicology at Northern Arizona University.

Q: How did you come up with the idea for The Chemical Age, and how did you select the topics to include in the book?

A: The history of the environmental movement has always fascinated me, especially the outsized role of pesticides in the bitter fights that took place between industry and government agencies on the one side and people fighting for a clean environment on the other.

The political context of this history especially interested me, coming as it did on the heels of the Second World War and the broadcast of synthetic chemicals such as DDT on such a massive scale.

Never before had humanity manipulated the chemistry of the global environment to such an extent, and with absolutely no concept of what the impacts might be to nature or human health. The hubris of this chemical age had to hold some lessons for humanity.

I decided to focus the book on the people involved – from the scientists who made the discoveries to the people such as Rachel Carson who warned of the risks – because marching through that history from the perspective of the critical people allows the reader to see the story unfold as a quest.

Scientists were on a quest to conquer famine and disease, and to receive the glory of discovery. But they did so in the context of national conflicts, colonialism, and ceaseless wars.

Chemical advances in public health fed into similar advances in chemical warfare, and vice versa. Meanwhile, environmentalists were on a quest to save the world from ourselves.

The question for me as the writer was how far to back up in the telling of this story, and what to include. 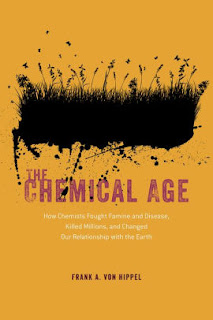 I decided to anchor the book’s beginning in the Irish Potato Famine because it occurred just before the critical scientific discoveries, both theoretical and empirical, that would launch the chemical age, and it included two major ingredients of human tragedy: famine and infectious disease.

I chose to focus the second part of the book on four vector-borne diseases that each played a major role in human history and that each presented different scientific problems in the identifications of the pathogen and vector.

I focused the third part of the book on war because of the cross-fertilization of scientific talent and chemistry that produced such startlingly toxic weapons and pesticides.

Together, these three elements – famine, plague, and war – defined human misery since the origin of civilizations. And they culminated in the transformation of both societies and the global environment into one dominated by chemicals.

We still live in that world, and we are still in the process of an ecological awakening regarding the place of humanity in a world forever altered by chemistry.

A: I don’t think I could have written this book 15 or 20 years ago. It required reading a vast historical literature that only recently became accessible via scanned documents held in libraries throughout the world. I read 100-200 historical books and documents for each chapter, some extending back as far as the 5th century BCE.

A challenge for me was deciding what to exclude – how could I narrow down two-and-a-half millennia of scientific advances into a coherent story?

Reading many of the centuries-old documents in English took a bit of getting used to, given how much the language has evolved. For non-English documents, I read the earliest translations I could find.

I was not naïve to the history before I began my research, but I was still surprised by the extent of the bigotry that formed a consistent storyline throughout.

I included many quotes along these lines to bring the reader into the mindset of the era, and to show how that mindset influenced monumental atrocities such as slavery and genocide.

And even how that mindset led prominent men to dismiss and disparage Rachel Carson, who gave voice to the growing concerns about pollution at just the right moment. To me that moment felt like the right place to close the book – with Carson’s death and its aftermath.

The world has changed so much since then, since 1964. But people have not, and the lessons of human efforts to combat famine, plague, and each other are just as crisp today as they were when Rachel Carson penned her last words.

Q: What do you see as Rachel Carson’s legacy today?

A: Carson was a humble person who galvanized a global movement. She did this by writing eloquently about faceless bureaucrats and industrial tycoons who decided for everyone else what risks were acceptable.

She made ordinary people realize that they had a voice and role to play in decisions that affected their communities and the broader environment. She explained how all of life is connected, allowing people to see their place in the natural world.

Many other people followed her example and took on environmental threats that were not yet apparent in 1964. This includes global issues such as stratospheric ozone depletion and climate change that threaten all life on earth. But she also inspired people to act locally to combat pollution in their communities.

I think that her legacy is beyond estimation.

Q: The book's epilogue focuses on your own family history. How much of this story had you already known before writing the book?

A: I knew of my family’s role in the history of science before writing the book, but I learned a great deal about the context in which they worked that made the history much richer.

For example, I had not read much of the correspondence between my great-grandfather James Franck and other leading scientists as Europe descended into World War II.

Reading those letters, I felt like I was looking over his shoulder as the weight of getting his family out of Nazi Germany weighed upon him, or as he corresponded with Einstein after the war to try to avert a famine in Germany.

A: I’m sketching out a book on the history of science – especially the personal interactions of scientists – during the lifetime of my great-grandfather, from 1882-1964.

Reading correspondence between scientists as I wrote The Chemical Age, I grew increasingly fascinated by their shared experiences and how these shaped their ideas. Scientists share a common method and appreciation for knowledge, even as they engage in fierce rivalries to be the first to discovery.

A: My original contract from the University of Chicago Press provided for less than 18 months to write the book. It took me nearly nine years.

This was in part due to my deep dive into historical documents. I found that many contemporary science histories repeat errors that originated in secondary sources because the writers did not go back to the original source material to check the accuracy of facts or quotes.

It is similar to the problem with Wikipedia, which contains an incredible breadth of information, but much of it is wrong or misleading.

I often find the same problem in the scientific literature, where authors misattribute ideas, fail to cite the original source, and rely on oft-cited secondary sources that contain errors. I hope that I have avoided these pitfalls in The Chemical Age.