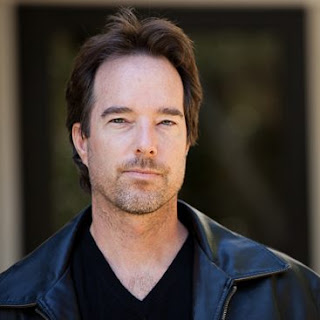 Layton Green is the author of the new novel Unknown 9: Genesis, the first in the Genesis Trilogy. His many other books include the Dominic Grey series and the Blackwood Saga.

Q: How did you come up with the idea for Genesis, and for your character Andie?

A: The Genesis Trilogy is part of a new multimedia project by Reflector Entertainment called the Unknown Nine. The story will be told across various media, including novels, podcasts, video game(s), film, and other outlets. 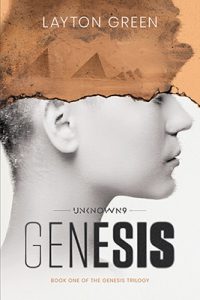 While all the various releases share a core “mythology” (the ancient legend of the Unknown Nine and the involvement of the mysterious Leap Year Society), each story is original and stands alone.

In terms of the novels, I developed the initial concept after reading about a genius Italian physicist named Ettore Majorana who disappeared in 1938, at the tender age of 32, and was never seen again.

The first novel in the trilogy switches between the past and the present, linking Ettore’s disappearance and world events at the time to a modern day Ph.D. student’s (Andie Robertson) search for her mentor, who has also disappeared after developing a mysterious device that might shed light on the very nature of reality.

Q: You begin the novel with a quote from R. Buckminster Fuller. Why did you choose that to start the story? 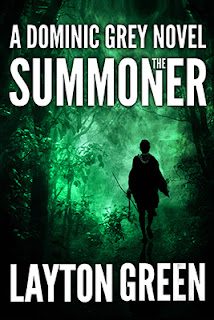 A: Buckminster Fuller said that “Humans have learned that what they can touch, smell, see and hear is less than one-millionth of reality.”

Modern-day science has since illustrated the truth of this quote, and this thread of a hidden reality just beneath the surface runs throughout the trilogy.

A: First and foremost, I always aim to create a compelling, fast-moving story that induces late-night, edge-of-the-seat reading sessions! But I also hope the novel raises questions about human nature and the awesome enigmas of our beautiful and impossibly complex universe, and gets people thinking, if even for a moment, about the Big Questions. A: Book II of the Genesis Trilogy.

A: Only that the answers to all of life’s mysteries are waiting inside Genesis…