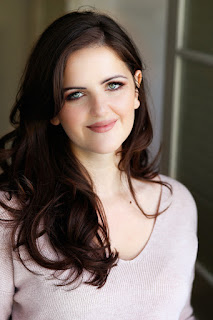 Sophie Gonzales is the author of the new young adult novel Only Mostly Devastated. She also has written the YA novel The Law of Inertia. She lives in Melbourne, Australia.

Q: How did you come up with the idea for Only Mostly Devastated--described as an updated version of Grease--and for your characters Ollie and Will?

A: The idea for OMD came about a few years ago when my agent and I were discussing how classic rom-coms would look so different in the modern world, especially with diverse characters.

The conversation shifted to how Grease might be used as a jumping-off point to explore rom-com tropes in the diverse, modern world—especially through a queer lens—and my agent was passionately for the idea!

Then a few months later, I sat down to think about how my classic, tropey rom-com mashup story would look if I were to do it, and before I knew it I’d plotted out the whole thing.

I’ve never seen my agent as excited as the day I told her, “remember how we were talking about using Grease as a jumping off point for a queer romance? Well . . .”

Q: The novel takes place in North Carolina. How important is setting to you in your writing?

A: Oohh do I write the answer people want to hear, or the honest one!? Haha, truthfully, setting is something that’s never been my favourite part of writing.

In fact, my first two books I strongly resisted a real-world setting altogether, and only added one into The Law of Inertia following publisher feedback. 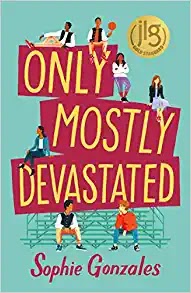 I feel like this could be partly due to the fact that, growing up in Australia, I rarely saw settings I knew in person in books, TV, or movies (and to this day I’m yet to come across any set in my home state!) so my mind coded practically everything as “generic town,” “generic city,” “generic high school.”

Whether something is set in a city or a town means a lot to me. Whether the city it is set in happens to be, say, Seattle or NYC, has only recently ended up on my radar.

In fact I had to do a lot of research / had many discussions with my agent when it came to figuring out where to set OMD, as we had to take into account geographical location, culture, populations, sports teams, socioeconomic status, political leanings, etc. It didn’t come naturally to me at all.

Q: The Kirkus Review of the novel says, "Sweet and tart in equal measure, this novel reminds us that legalizing gay marriage didn’t necessarily make coming out in America any easier." What do you think of that assessment?

A: This line was interesting to me, because I think a lot of people (particularly queer readers) came away from Only Mostly Devastated feeling that I presented a slightly unrealistic, rom-com version of the queer experience.

And, honestly, that’s what I was aiming for: I tried to strike a balance between not pretending homophobia doesn’t exist, but also writing an escapist rom-com where everyone gets a happy ending, and things never feel overwhelmingly bleak.

And then, there are some readers (Kirkus included) who read Only Mostly Devastated and say wow, there were a lot of dark / uncomfortable moments.

To me, I think the takeaway of that is, yeah, there’s a lot of really unacceptably bleak stuff that comes hand in hand with being queer, and as much as I wish it weren’t the case, it is for so many. There is love, but there is also fear.

That Only Mostly Devastated still reads as quite heavy to some, even with the consciously optimistic writing choices in comparison with many real-life experiences, says more to me about how unfair things still are for the LGBQTIA+ community today.

Like, yes, this stuff is completely unfair. Yes, it would be wonderful if everything could be 100 percent safe and happy and comfortable. 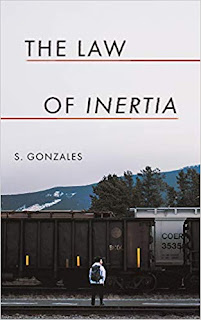 A: I think the main moral I’m hoping readers take away is that boundaries are essential, and you should never feel like your needs are less important than someone else’s. Respecting someone else’s needs does not have to mean neglecting your own.

And if your needs are incompatible with theirs? Then it’s okay to compromise, but it’s also okay—and sometimes necessary—to walk away.

A: I’ve recently sold my next book, working title The Ex-Girlfriend Getter-Backer Experiment, about a girl who provides anonymous relationship advice through an abandoned locker at school, and who is hired by a guy to be his personal dating coach to help him win his ex back.

Think rom-com antics, tension-to-love, and lots and lots of queer rep, featuring a bi girl who has to work through the internalized fear that she is “less queer” if she dates a guy.

A: Well, I might take this chance to drop in a little fact that hasn’t come up anywhere else yet! One of my favourite things about writing OMD was the character Niamh, who is a plus-sized model. A few years ago, I lost 21kg, and before then fatphobic comments were a daily thing.

My personal experience was that when I weighed more, everyone in my life suddenly felt it was important to comment on what I was eating, and suggest ways I could be doing things differently, and give me a “sure, Jan” sort of look if I ever mentioned exercise or healthy aspects of my lifestyle.

I especially noticed how different I got treated then after I lost weight, and suddenly no one felt the need to monitor my health at all, even if I was eating an objectively unhealthy freakshake smothered in whipped cream and Nutella.

And because I’m petty and hold onto resentment more than I’d like to admit, I worked through some of my anger with this treatment through Niamh.

With her, I created a character who dealt with the same hurtful, patronizing comments I did, but where I would blush and wilt, I allowed Niamh to snap back, and stand her ground, and be unapologetically amazing just as she was.

I gave her what I wish I had, and what I would give to my younger self if I could go back in time. She’s probably the only character I can say who was written with absolute indulgence, completely for me. I have a soft spot for her!