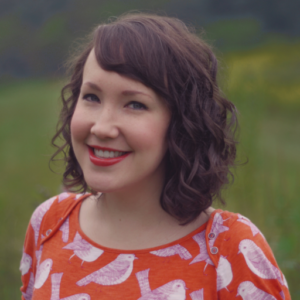 Kerry Winfrey is the author of the novel Waiting for Tom Hanks. Her other books include the YA novel Love and Other Alien Experiences. She lives in Ohio.

Q: How did you come up with the idea for Waiting for Tom Hanks and for your character Annie?

A: Waiting for Tom Hanks came from my lifelong love of romantic comedies.

I had a blog called A Year of Romantic Comedies that was, well, exactly what it sounds like. I watched a romantic comedy a week for a year, then blogged about them.

I spent so much time thinking about romantic comedies that I wanted to find a way to turn all of that knowledge into a book, and then the title just came to me. 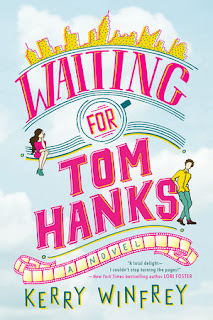 Q: What do you think Tom Hanks and Nora Ephron symbolize for your character--and for a lot of other people?

A: Nora Ephron didn’t have a perfect life—she had to deal with a lot of tough stuff, like infidelity. I think it all goes back to her famous quote, “Above all, be the heroine of your life, not the victim.” She took the bad parts of her life and turned them into art, and that’s so inspiring. That’s certainly what Annie admires about her.

And when it comes to Tom Hanks, Annie sees him as the ideal man because that’s who he plays in those Nora Ephron rom-coms. In Sleepless in Seattle, he’s so heartbreakingly appealing as a single dad, and in You’ve Got Mail, he manages to make what would otherwise be a reprehensible character seem charming.

He’s impossible not to love, and Annie doesn’t want to settle for anything less than that type of perfection. 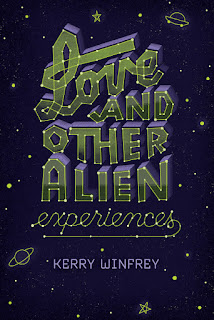 A: I definitely knew how it ended. I set the book up to have an exaggerated rom-com film structure, so all of the story beats were decided ahead of time. I knew it had to end in a grand gesture, just like a movie, and pretty early in the process I decided what it was!

A: This is a VERY hard question, but You’ve Got Mail is definitely up there. Pretty in Pink was my favorite movie in high school, and it’s still one of my faves today. And also I always want to tell people about my favorite underrated rom-coms, Just Wright and What If. 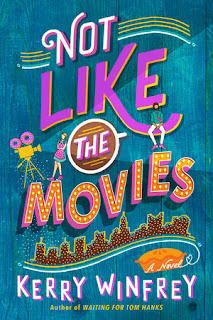 A: My next book, Not Like the Movies, comes out on July 7, so I’m working on promotion. It’s a companion novel/sequel to Waiting for Tom Hanks, about Annie’s BFF Chloe and the coffee shop owner, Nick. It was so fun to revisit these characters, but through the point of view of someone who hates romantic comedies.