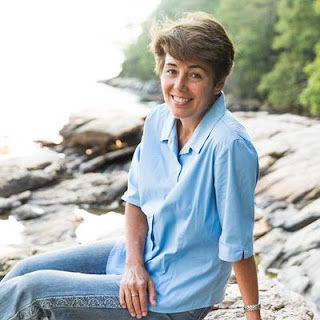 Maria Padian is the author of the new young adult novel How to Build a Heart. Her other books include Wrecked and Out of Nowhere. She lives in Brunswick, Maine.

Q: You write that How to Build a Heart emerged in part from your own family stories. How did you create your character Izzy?

A: Like Izzy, I’m the daughter of two cultures: my Latina mother’s and my Irish father’s. Growing up, our lives were animated by a variety of accents, stories and traditions, not to mention unusual food pairings: a dinner of arroz con pollo followed by buttery Irish soda bread was not unheard of! While that was all wonderful, it also left me adrift … like Izzy.

I look nothing like my father; I struggle to speak my mother’s first language, Spanish. Growing up sometimes felt like having a guest pass to a club I couldn’t join.

I had a constant yearning to belong but never quite felt that I did. And whenever I attempted to embrace certain aspects of one identity or another, I felt like … a fraud. I leaned into those feelings to create Izzy. 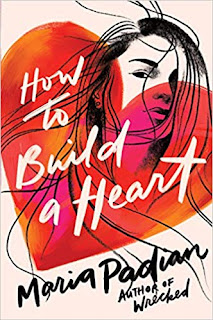 A: I always know how one of my novels will end! I just have no idea how I’ll get there.

Some famous writer compared writing to driving on a foggy night with the lights on: you can only see a few feet ahead, but if you keep moving forward, adding words as if they were miles, you’ll eventually reach your destination.

I like that, but would add one caveat: along the way, pick up hitchhikers. These are supposedly minor secondary characters who, if you let them in and follow their directions, will take the story along an unexpected route.

Every single one of my novels has a hitchhiker. Every. One. And each of those hitchhikers helped me wade through the murky middle and reach my destination.

I won’t reveal who that was in How To Build a Heart but I have asked teens to get back to me after they’ve read the book and see if they can guess!

Q: The novel deals with issues of race and wealth. Why did you decide to include those topics in the book, and what do you hope readers take away from the story? A: I was a news reporter for years, so I think I’m naturally drawn to topical themes in my novels. But issues surrounding race and wealth are not merely “topics” to me.

There’s a scene in How To Build a Heart - where Izzy is wondering why the Shackeltons put up with racist neighbors - that came right from MY heart. Izzy compares prejudice to smoke, to a smell. A stench.

And she realizes that from their position of privilege - upwind - Aubrey and Sam aren’t affected by it the way she is from her position “downwind.”

Unless you’ve been on the receiving end of those macro and micro aggressions that result from prejudice, you can’t know. My hope is that readers gain a little empathy and perhaps see others and see their peers in a new way after reading this book.

A: I had my “working” title for this book, followed by my “submission” title, followed by the final title my editor and I cooked up together!

We love it: it weaves together the romance, the Habitat for Humanity project, and ultimately the biggest theme of the book, which is that family/identity/home are not accidents of fate or birth. They are all things we build. 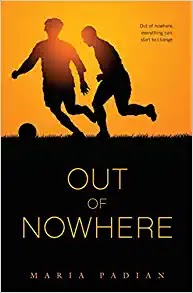 A: Ohhhh … I’m flailing creatively right now. I was three chapters into a new book which might need to be put on hold for the time being. I’m on fire about a completely new set of characters, but they’re a bit of a departure for me. And I’m also peeking into another world which is more predictable, more in my wheelhouse.

At some point I’ll settle into one of these and start writing for real, but at the moment I’m messing around.

A: I don’t really like to write. I like to READ. I love stories, I believe in the power of stories to bring people together, to change hearts and minds. That’s why I make myself sit down and WRITE. Because then stories happen, and stories are good things.