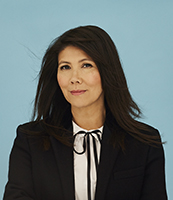 Maxine Mei-Fung Chung is the author of the new novel The Eighth Girl. She is a psychotherapist, and she's based in London.

Q: How did you come up with the idea for The Eighth Girl, and for your characters Alexa and Daniel?

A: I was becoming interested by the increased number of patients I was working with who had survived traumatic life events, and who were exhibiting symptoms of Dissociative Identity Disorder.

In following Alexa Wú’s story, I wanted to create a character who had agency—a damaged, self-aware yet brilliant and resilient heroine who is not the usual serial killer, sociopath and lunatic trope that has been used previously.

I also wanted to create a narrative between a psychiatrist and his patient rather than a one-sided point of view. I thought that by offering up an opportunity for readers to see how two people can experience the therapeutic process from entirely different perspectives would be interesting.

Q: Can you say more about how your background as a psychotherapist factored into your writing the novel? 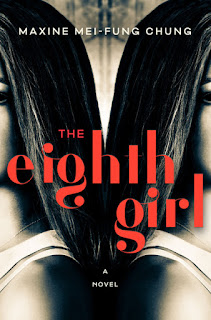 A: The Eighth Girl is a work of fiction and I wanted to draw on my experience, learning and understanding as a psychoanalytic psychotherapist to write a story about the fracturing weights young women are continually forced to carry.

Something I was keen to explore was how one’s inner life and past life experiences shape the way we respond to one another, and how as psychotherapists we can only take our patients as far as we’ve gone ourselves—in terms of self-reflection.

Therapy is a two-way conversation. I wanted to challenge the stereotyped portrait of the remote, passive psychotherapist and also create a story where we see and listen to the workings from both patient and psychiatrist.

Often, and especially with a more classical approach, readers tend to just hear from the psychotherapist—but I wanted to create a story where we see and listen to the workings from both sides of the room.

Whilst writing The Eighth Girl I embarked on the idea of “lingering shock,” and having both Daniel and Alexa as unreliable narrators offered a great vehicle for this!

Q: As you’ve noted, you tell the story from alternating perspectives. Did you focus more on one character before turning to the other, or did you write the novel in the order in which it appears?

A: Alexa was always my main concern, but as the story unfolded I began to write the novel in the order in which it reads.

A: I really allowed my characters to show me the way. I’m not someone who plots heavily, with thriller beats etc., although I’m interested in this way of writing. Mine was more along the lines of letting the characters live and occupy the page and the narrative eventually fell into place.

However, there were still MANY changes along the way…!

A: I’m currently working on my second novel, which I’m super excited about, and without giving too much away my new protagonist is an actress. It covers themes that I’m naturally drawn to such as identity, female desire, friendship, betrayal, and lingering shock!

A: I’m currently thinking a lot about the importance to have authors of color and diversity publishing in fiction. It’s so great to see so many AOC debuting this year and I feel privileged to be published alongside them.